The online slots industry is constantly changing. There are new technologies and developments seemingly every week and with it makes for a much more varied playing experience as a result.

These new features are usually trialled on a handful of games initially and if they are deemed to be successful and players enjoy using them, they are then rolled out on a wider scale and sometimes across multiple developers.

Reel Respins are one such new feature, and while there aren’t a huge number of games that offer it right now, their number are growing slowly but surely.

The feature has been conjured up by games developer, Microgaming. These guys are one of the biggest and best developers in the industry right now, so you can expect that a lot of time and money has been invested into the creation of Reel Respins.

How Does Reel Respins Work? 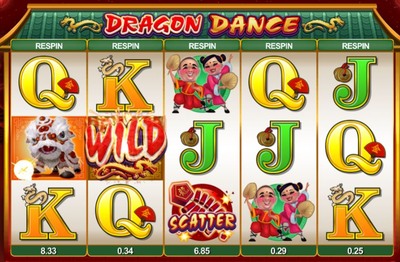 The feature enables the player to spin a single reel on its own after a full spin has taken place; it works in a similar fashion to the nudge and hold functions on pub fruit machines in that you can move or hold certain reels within the game.

The idea is that the user can create more winning combinations by using it at the right time. So, if you spun and had 4 bells in a row on a 5 reel game, this feature would allow you to re spin the final reel in an attempt to get a fifth bell symbol and complete the row.

With most games, the number of times that you spin a single reel is unlimited. This means that you can essentially keep going until you make a winning combination, but the feature will reset after every winning match, so you can’t just spin one reel forever.

After your first spin, however, you never have to spin the full set of reels again if you don’t want to, you can just jump from single reel to single reel. 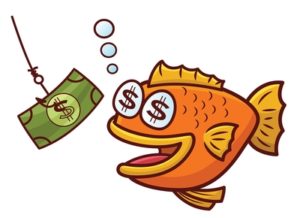 The feature sounds amazing, right? The ability to just keep spinning one reel when you have a good foundation set with the other reels is a dream scenario.

Well, the catch is that each additional spin is not free.

You will be charged an amount that is calculated from your initial stake. Most games actually charge you the same amount as a full spin, but there are others that will charge a percentage of this amount. Other games will price the spin on the chances of completing a winning a payline. If you’ve more chance, then this is going to cost you.

Another point that you need to remember is that if you set the auto play feature then you won’t be able to take advantage of the re spins, the games will just continue to roll without giving you the chance to select it.

The game we are going to show you is Hot Ink, which is probably the best example of the Reel Respins in action. Even as a standalone slot we really rate Hot Ink, so it’s well worth checking out. 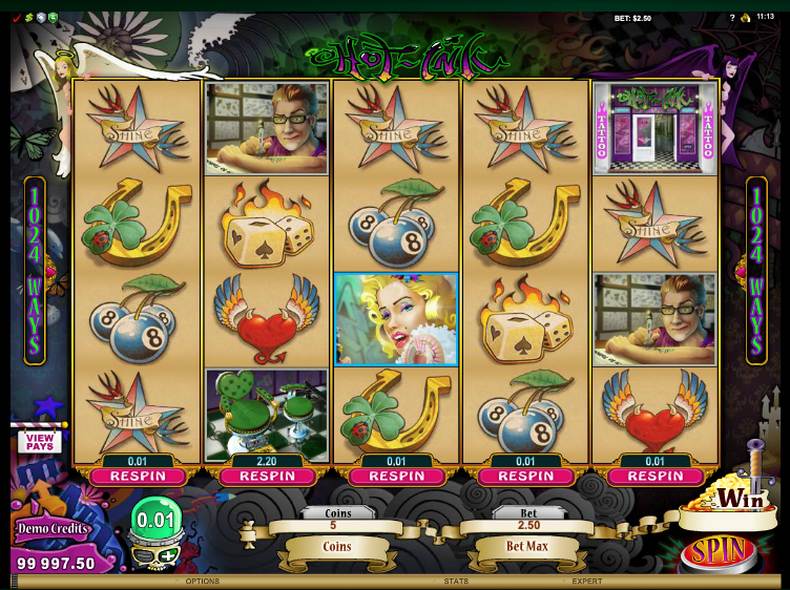 We’ve performed one spin from the image above and as you can see it’s offering us the option to re spin on each reel. All you need to do is pick the reel in question and it will be on its way.

Note that for each reel it shows you how much that spin is going to cost. If you look above the ‘Respin’ button you will see a number. Four of the 5 reels are stating that this is going to cost you 0.01 coins to spin that reel. If you look at reel 2, however, you will notice that the cost to re spin is 2.20. This is because you have a much stronger of chance of winning and creating winning combinations by spinning that reel than any of the others.

As stated, you can keep re spinning as much as you like on whatever reel you like until you hit a winning combination, but keep an eye on your balance.

A Bit of Advice 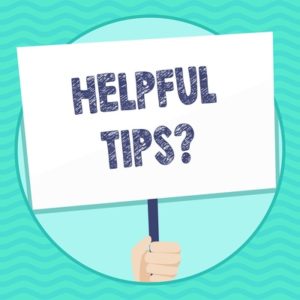 With this feature it’s really important to know what each of the symbols are worth and the combinations that you need to make for a winning payline. Whilst you can go off the cost per spin to highlight which is most likely, you really do need to know what you are looking for.

For example, if we take the image above, there’s no obvious combination on there that’s close to winning. It’s not as if there are 4 of one symbol and then a gap in reel 2, which would explain why the price is so high. If anything, from the outside the board looks really random.

Once you are able to recognise what each symbol means and what sort of combinations you need, you will have a much better idea of how to use the feature and how it’s going to help. It will also allow you to work out if the price that you are getting for your spin is worth it or not.