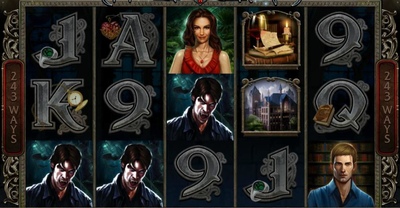 One of the best things about online slots is that they are constantly evolving. The games today compared with those of just 5 years ago have changed dramatically in terms of design, features, and gameplay.

Paylines are essentially the combination of patterns that the symbols can make to qualify as a win. The lines usually run from left to right and can take several different directions. Below is an example of paylines from a popular slot, Gonzo’s Quest. This game has up to 20 paylines in total, with the combinations as follows:

The highlighted squares denote the spaces that are included for each payline and you can land more than one winning payline during any single spin.

How do 243 Payline Games Payout?

The main difference is that the combinations needed are much simpler than those of more traditional slots. Below we have included the pay table for all 243 payline slots and how they work.

From this we can see that all you need to do is match three symbols in any order to win. As long as they work from left to right with no breaks they can land in any position on the reel. They also need to match up.

If you look at the diagram in the bottom right of the image above, you can see a better breakdown of how they work. This generally makes games much easier to follow for punters. 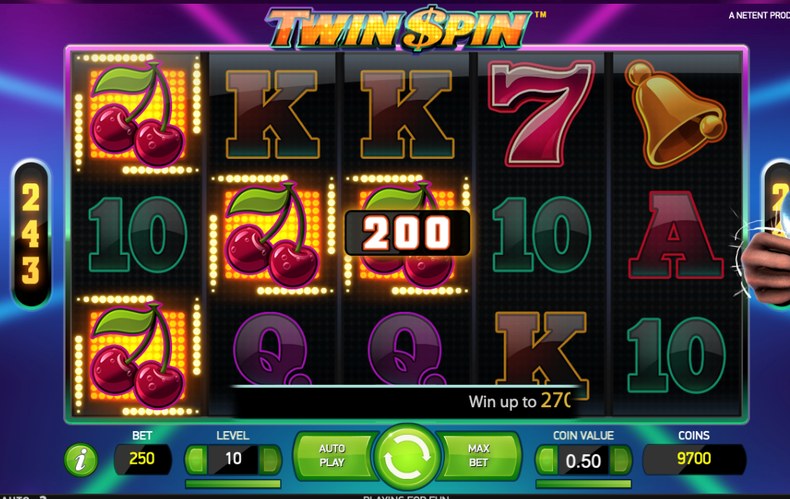 Above we have included a look at the Twin Spin slot by NetEnt, which is a 243 payline game. As you can see, this spin has three symbols in a row, but as they connect in more than one way with an additional symbol, the game pays out for 4 instead of 3.

How do they Differ?

One of the biggest differences with 243 payline games is that you can’t choose the number of paylines that you are playing for. All games are fixed at 243 and that’s your lot.

With most slots you will find that you can adjust paylines, which in turn adjusts how much you bet. A 243 will allow you to adjust the stake per spin, but obviously, as you aren’t betting per line your stake is the only variable.

The layouts of these games are also fixed, so each game will include five reels and three symbols per reel. Every game, regardless of where they were made or where they are hosted, will have the exact same layout.

The reason they all match is down the name of the game; 243 paylines. The game has 243 paylines which is a heck of a lot, and there is only one way that they are able to achieve this and they repeat it with each slot.

As there are 5 reels and 3 symbols per reel, to get the total number combinations, we need to work out the following:

These possibilities then give us the maximum number of paylines that the game can manage.

Pros and Cons of 243 Payline Games 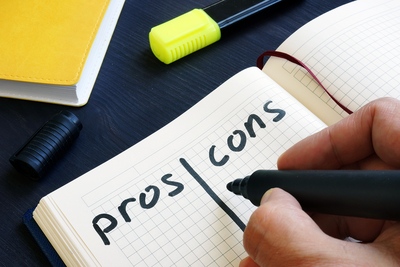 As with all slots, there are pros and cons as to why players might want or not want to play a 243 payline game. You have to bear in mind that all games differ as they all fit various criteria for various styles of game play. So whilst the goal of the games remain the same, the process changes.

With 243 payline games the first thing that jumps out at you is the increased number of ways that you can win. The majorly of slots range from around 10 to 50 paylines as standard, with 243 being one of highest that you can find.

As a lot of games are charged per payline for each spin, you may think that games with 243 paylines are expensive to run; for example, a 20 payline game at £1 a line works out as a £20 stake per spin. But you don’t actually pay per payline with 243 ways to win games. This means that you’re actually getting really good value in terms of chances to win per spin, because the stake is the same but your chances of landing a winning payline are much higher.

The games are often easier to track for new players as well. If you look at the two payline combinations from the 20 payline slot and the 243 payline slot above, you see that there’s a lot of combinations you need to note for the 20 payline. With the 243 payline game, you just need to have three or more matching symbols on 3 or more reels consecutively. Much less brain power needed.

Granted, each game will highlight when you’ve won or lost regardless, but it makes it so much more interesting following along and actually knowing what is going on.

The downside is that the payouts on offer are generally smaller for these types of games. Given there are so many ways to win, the combinations get diluted. For example, 3 symbols in consecutive rows may be a win, but it could be just 10% of your stake, which isn’t a great return. It allows you longevity in the game, but you often need to play longer and for higher stakes to see the large returns from these games.

243 payline games are no longer a novelty slot. In fact, to our knowledge there are over 285 games of this type listed across a host of developers. All of the major game developers have their own range of game types, but what you will find is that they are all 5 reel games, with 3 symbols per reel. The layout of the games cannot change.

There are lots of popular 243 ways games, with some notable titles including: 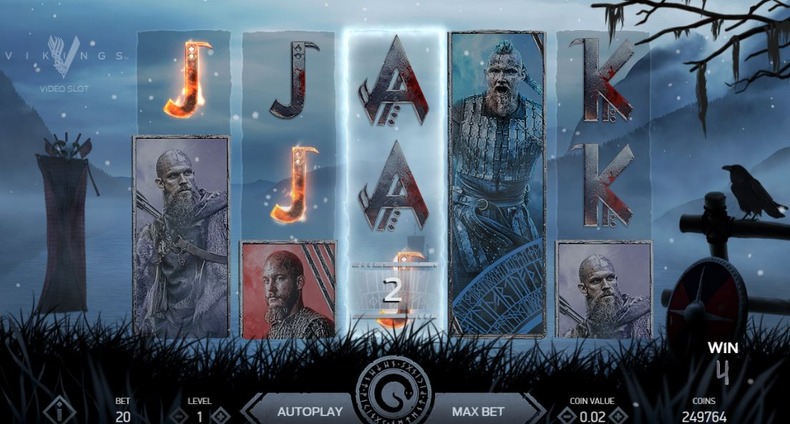 The popular TV series has been given a slot makeover, but thankfully the 243 ways to win makes it less brutal in slot form – it can even be quite rewarding. Theme and feature rich, this slot is highly volatile and offers much in the way of entertainment, paticularly in the form of the random Shield Wall feature. 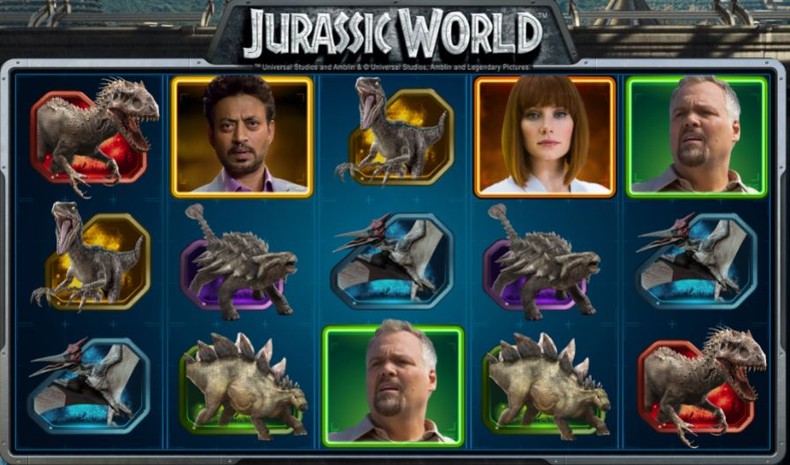 Microgaming are equally fond of a branded slot, and they have thrown everything at Jurassic World. Stacking wilds, scatters that turn wild as well as triggering freespins, and three different freespins features to choose from. This is probably the only time you would want the Indominous Rex to randomly show up in your life too – it’s worth up to 1000x your stake if it does. 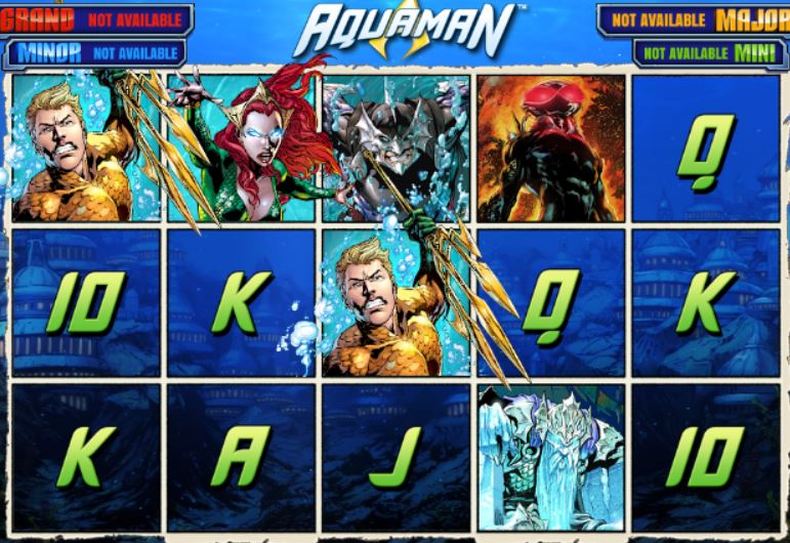 Playtech are also getting in on the act; famed for their superhero slots, Aquaman has stuck with a comic book vibe. Bets range from £0.25 right up to £500 and there are plenty of re-spin/freespin features – there’s even a progressive jackpot attached.