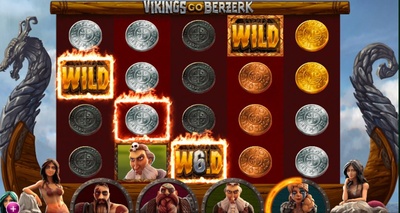 One of the reasons why online slots have become so popular over the last decade or so is because they have been able to take advantage of technological advancements. The games that we see today are very different from those that used to grace our screens and casinos in years gone by.

Developers have been able to push the games to their limits and unlike most casino games like roulette or blackjack, there’s no set pattern as to how each slot must perform. Yes, you can slightly alter the numbers in roulette (0 and 00 games), or add an extra deck to a game of blackjack, but they still play out more or less the same. With slots, the sky is the limit.

This is because you can add so many different features to a slot game, and innovative developers have been coming up with more of them than ever before. This makes the games more interactive and in turn, much more fun to play.

Not all games are packed with the same features either. For example, one game might rely on a large number of paylines, whereas another might include multiple bonus rounds. Both will have their place and will serve a purpose for a certain style of slots player.

In this article we are going to look through a range of features that are included in modern-day slots. Remember, they aren’t all found in every game, but the range is constantly growing.

Paylines are the number of different symbol combinations that you can land which pay out if they occur. They range massively and they work differently with each game.

Above, you can see an example of a simple 20 payline slot. The boxes in white indicate the patterns that are needed to create each payline. This game happens to have 5 reels and 3 symbols per reel.

The more paylines that are included in a slot the more chances that you have of getting a winning combination. That doesn’t necessarily mean you will win more money, though, as slots with hundreds of paylines often feature wins that are smaller than the stake.

Games will range from around 5 paylines, right up to the new MegaWays games that have up to 117,649 paylines. For most games you will find that your stake is based on the number of paylines per game. So, if a game had 20 paylines, and you were betting £1 per payline, then your stake per spin would be £20.

However, this changes when you get to 243, 1024, and MegaWays games. These obviously have a much higher number of ways to win, but the games aren’t priced per payline and instead have fixed stakes.

Games with fewer paylines may also allow you to turn some of them off or on, so you could play a 20 payline game with just 10 lines active, as we have in the image above. This would reduce your stake as you would be paying per line, but it would also reduce your chances of landing a winning line. 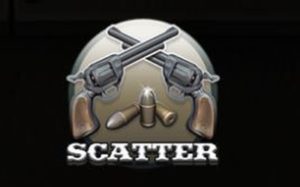 Scatters are one of the most important symbols with any slot and the majority of games will include them. They are unique in that you don’t need to get them as part of a combination of symbols and they will usually pay out a fixed sum of their own. As you get more scatters on a single board then these may act as multiple wins.

You will find that the form behind these symbols will vary with each game that you play. For example, one game might have them as a fixed win and others might include them as a multiplier for any other winning combinations that are on the board.

Scatters are also often the key to any bonus rounds or special features. Often it’s a case of landing three or more of them to trigger these features, and since the bonus rounds are usually where you find the biggest wins, the scatters can be the most welcome symbols on the board.

Each game will tell you exactly how the scatter works within the information tab. In fact, we recommend you read this through thoroughly for each game before starting, this at least allows you to see what you need to be looking out for. 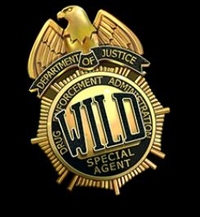 Wild symbols are another lucrative feature of modern-day slots, although they have actually been around for a good while now and were even included on some of the mechanical machines in the pre-internet era.

They have been successfully adapted for the modern-day game and they work in the form of a link or substitute symbol. What we mean by this is that the wild can substitute itself in for any symbol to make a winning combination.

For example, let’s say you had a reel that read; 7-7-Bell-7-7. For a winning line you need five 7’s in a row. This would mean that this is not a winning combination in its current form. If a wild was to fall instead of the Bell in this example, then the wild can be substituted to work as the final 7 and thus create a winning payline.

There are a number of different wilds that you can get as well, each with slightly different functions: 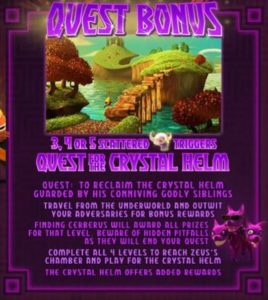 Bonus games are arguably the most popular feature of online slots and it’s where games can become really interactive. The range of bonus games that can be included are huge but are usually related to the theme of the slot in some way, sometimes even expanding on the story.

Some of the branded games have amazing bonus rounds and this is one of the reasons why they have become so popular.

The idea of these bonus games is to allow the player to win and to win big, but only for a short period of time. They often include free spins and multipliers, which give you the opportunity to win more than the base game can offer.

Many slots will include their jackpot games here as well, but it is always where the biggest rewards lie. This might be a multiplier, a progressive jackpot or a fixed jackpot, depending on the game and the stakes you are playing for. 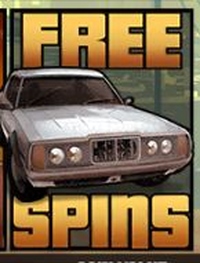 Free spins are another hugely popular feature, and for good reason. This is one of the few times where you actually get something back from the casino (or the slot) and they can occur in the base game or in bonus games.

The free spins often come in rounds. So, you might need to hit a certain number of free spins symbols and then this will trigger the free spins round. You’re often able to get multipliers tagged on to these free spins and they can accumulate to be very lucrative.

Sometimes the number of spins you get is locked down, and other times the round can be re-triggered during the free spins. This is sometimes capped at a certain number but not always, it depends on the game.

You’re going to see that pretty much all slots offer some form of free spins (or free games) these days. Make sure you take note of what’s needed to get there and what happens when you land. You will find that most free spins run automatically, regardless of whether you are in auto play or manual. 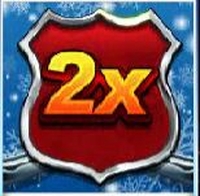 Another exciting addition to many slots, and in particular their bonus rounds, are multipliers.

These multipliers are attached to your wins and can be one of the most lucrative features of any online slot.

The multipliers will range for each game. They can start as low as 2x your winnings and can hit as high as 1000x your winnings. Some jackpots might even surpass this, but we are referring specifically to the multipliers that you get inside most slot games.

Volatility is something that is spoken about an awful lot, especially in terms of slots features, but it’s actually an area that many people overlook. When people think of volatility, they might think a high volatility is a negative thing, when in fact, it will suit some players more than others.

Understanding volatility is important. Each game is programmed to work in a certain way. The RTP (Return To Player) sets the tone on the amount that players can expect to get back over a huge sample of hands, but volatility is something different.

It highlights the way the game is going to play out. This is based on two key points:

A high volatility game means that game rarely pays out, but when it does it’s often a substantial amount. A low volatility game is where payouts are frequent, but often quite low – these payouts can even be lower than your original stake.

Which you choose is up to you. If you like the thrill of winning big then higher volatility games are going to be best, but be warned that your bank roll will take a beating. If you’d rather get more bang for your buck and play safer for longer, lower volatility games will work best for you. 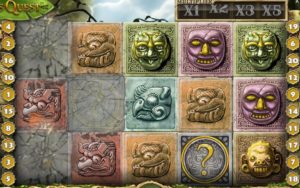 Cascading reels are a relatively new feature to online slots. This is where whole reels or single symbols get replaced with new symbols to create a new combination. So if you have a winning line, the symbols included in that line will be replaced with new ones before your next spin. This can often lead to multiple wins in one single spin.

They are becoming increasingly popular with a lot of modern-day slots and you can see why. Aside from the extra winning opportunity they also offer something a little different to what we have become accustomed too. The best way to describe them is a little bit like Tetris, in that after you’ve won (created a full line) a new range of blocks appear. 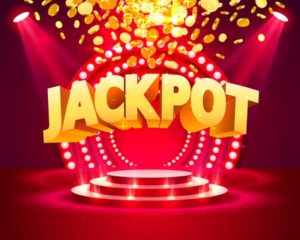 Jackpots are one of the main reasons we play slots. The chance to win a grandiose sum of money in a matter of seconds is a huge lure and the growth of online slots has meant that these jackpots are now as big as ever.

The most popular games are those with progressive jackpots. These jackpots are seeded and then built up by taking a small percentage (usually around 1-5%) of each stake and pooling that into one large jackpot. This is managed by the game’s developer rather than the casino, which means the same games can be played at different casinos but working towards the same shared jackpot.

Other jackpots are simply fixed price jackpots that are set within the rules of each game. Sometimes these come as a multiple of your maximum bet and other times they are fixed regardless of stake or number of lines played.