Jumpman Gaming have been about since 2011 and they are quickly becoming one of the go-to networks in the bingo industry. Whilst we are looking at how their bingo sector operates for the sake of this review, it’s worth noting that they also have a strong casino section and combined they have over 140 brands that are linked to the Jumpman network.

For bingo, there are about 40 sites that are utilising the company’s white label or software, and they also own 4 bingo sites of their own, obviously all running on their own network of course. The company have gone through a lot of changes over the last few years to get to where they are today and are now recognised as one of the best. 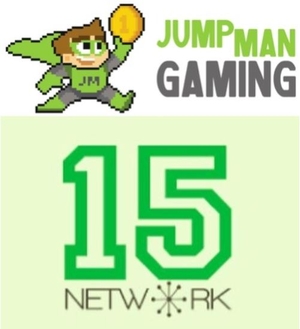 There’s a decent chance that you’ve heard of Network 15 before, but even if you haven’t then it’s important to know what’s happened here. When the brand first launched in 2011 they were keen to keep the casino and bingo sides of things separate. To do this they launched Jumpman Slots for the casino and Network 15 for the bingo sector.

Network 15 were actually very creative in their approach at trying to crack the industry. They were able to implement mobile bingo back in 2014, but given that they were not using HTML 5 technology and ran them as Flash based games instead, they failed to really catch on.

They also tried to help players with wagering requirements, setting limits to £100 of cash play needed to withdraw any bonus, while any withdrawal prior to that would void the bonus. This led to a huge number of bonuses that were not cleared and eventually, player numbers dropped as a result.

They even tried to launch another bingo network in the form of Wheel of Slots. This again was to combat wager requirements, but to do this they actually removed the welcome bonus altogether. The “spin the wheel” format that is synonymous with the Jumpman network now allowed players to get free bingo tickets when they signed up instead of a bonus.

In 2018 it was decided that the whole platform needed to be streamlined. In April, Barbados Bingo was launched to give a preview of the new software and show off the design for new sites. They had actually held off on allowing any more sites to join the network for around 12 months leading up to this to make sure that they got it right and were able to roll it out to loyal, existing customers first.

Sites started to migrate from Network 15 to the new site not long after. This also allowed Jumpman Gaming to identify sites that were either not profitable or not up to standard, before removing them. Some players were asked to sign up again and others had accounts removed as their underperforming site was removed. The Wheel of Slots sites were also to be moved across by the end of the year. 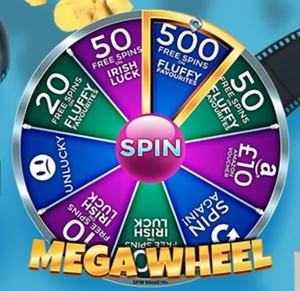 So, they had gone from 3 networks in total, back down to one, making it much more streamlined for bingo players and casino players.

What you will find when you go through these sites with a fine tooth comb is that the casino and bingo sites are actually very similar. They differ in that when you land on the bingo site it’s likely to have bingo in the name and promote bingo games on the homepage, and when you land on a casino site you see casino games front and centre; but when you work through each site they actually host the exact same games, just marketed differently.

This is a really smart move from Jumpman Gaming and one that we think more networks should look to adopt. It’s like an all-under-one-roof mega store of games, and then it’s down to the brand to choose which ones they want to promote and highlight.

There’s often tons of cross over between bingo players and casino players, which means that this offers the best of both worlds. The players sign up for use of the bingo section, but they can also be made aware that they’ve also got a quality casino site at their fingertips from the same account as well.

Although they run 25 of their own in house brands (casino and bingo), white labels play a big part in the make-up of Jumpman’s business profile. We can’t say for sure exactly how many brands are operating as white labels as you’re never sure what sort of packages these brands take, but Jumpman claim to work with almost 170 partner sites, so it’s a lot.

One of the reasons that they claim the business model works so well for their partner companies is that they are “best in class” when to comes to CRM (customer relationship management). This includes things like customer support, banking, and even marketing strategies that can be applied.

Their newest software that was released in 2018 has meant that there are many more options for these brands to choose from when using Jumpman than with their previous efforts. You used to be able to spot a Jumpman bingo room straight away, but now when you open them up, they look a lot more unique.

There are certain elements of each site that are the same, and if you know what you’re looking for and where to find them then you can tell they are linked; but this innovation for the company has allowed their partner brands to get creative with both their software and their white label.

With around 50 bingo sites in total, Jumpman are definitely one of the biggest networks in the industry right now. In fact, only Cozy and Dragonfish have more than them, which is impressive to say the least given the vast number of networks that there seems to be right now.

We also really like the fact that they run their own sites on their network as well, putting their money where their mouth is. This may seem a little strange, but when a company are willing to create on their own network, they are effectively investing in their own product, which speaks volumes.

The bingo rooms that are owned by Jumpman are that of Viking Bingo, Lights Camera Bingo, Dove Bingo, Zeus Bingo, and Showreel Bingo. The sites are actually pretty much identical, except the branding for each of them. You have the “mega wheel” that is now so famous within the Jumpman brand at the top of the page and then you’ve the list of games below that.

The white label sites are much more varied in their look, which is important as if you just have everything looking the same then it gets very dull. These include sites such as Bingo Spins, Bingo Zino, Bingo Aliens and Clover Bingo, to name just a few.

The biggest criticism that we have is that the structure of these sites does not always make it clear if its bingo focussed or casino focussed. Yes, you can tell from the name, but even those with “bingo” in the name often greet players with casino games first. In fact, it can take a bit of digging to find the bingo games with some of the sites, which is counter productive for a bingo site!

You’ve a selection of 90-ball and 75-ball bingo games with Jumpman network, and whilst it’s not a massive range by any means, it’s pretty solid. The games come within 6 rooms that include:

The range of rooms won’t have daily games, with some being every other day and others like the Pay Day jackpot only running once a month. But, what we did like is that with each of them you can see exactly when the next game starts, the total number of players, and then the total prize money that is currently kicking about in the room.

The games have a really good community base and even though it’s a large network, it’s not one that feels overwhelming like somewhere such as Dragonfish can feel, given it’s around 5x as big. The chat boxes aren’t overflowing, which means your messages don’t just instantly get lost. There are lots of chat mods as well, so when it’s quiet you can interact with them if you wish, which we thought was a good addition and eventually encourages others to get involved. 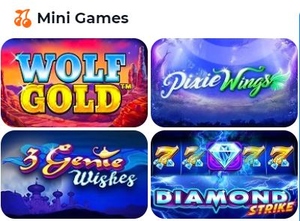 Given that a good portion of the Jumpman network is linked to casino, you’ll not be surprised to hear that they have a good range of side games within the bingo sector as well.

They have over 600 slots alone in the casino and whilst you don’t get the full range with bingo side games, a good number are on offer.

The move to HMTL5 has not only been one that has benefited the bingo side of things, but also that of the slots and casino part.

This means that you can access these side games from your mobile as well being able to access from your computer.