Daub Alderney have been about since 2008 and have been spending their time since then creating a more than reputable online gaming business that is the envy of many others.

The company has changed a lot over the years, but their passion and skill for creating games across the gambling industry has never been called into question.

Here we will take you through their history, talk about what they provide, and note any key changes they have seen. 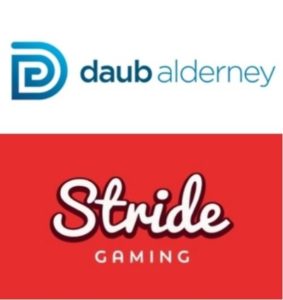 The company set about with their expansion quickly and were the brains behind the likes of Wink Bingo and Posh Bingo. Both brands excelled and gave Daub a foot in the virtual bingo door allowing them to really cement their place among the top bingo networks early on in their story.

In 2009, however, just a year after starting, they were able to make a sizeable chunk of change by selling both of their brands to 888. It was a poorly kept secret that 888 had been trying to break into the bingo industry, and they had previously had two bids for other brands break down at the last hurdle. They were eventually able to strike a deal with Daub which gave them Wink Bingo and Posh Bingo at a cost of £60million.

Daub Gaming, as the company was then known, didn’t do an awful lot following on from these sales. The money that was taken from the 888 sale bought them plenty of time to re-adjust and assess where they wanted the business to go from there.

After a few years lying seemingly dormant, they resurfaced in 2012 when it was announced that they would be the latest addition to the Stride Gaming company. Stride Gaming was already growing at an alarming rate and boasted a huge number of bingo and casino networks and websites. The acquisition also came with a rebrand, going from Daub Gaming to Daub Alderney Limited.

By the end of 2012 they had re-entered the UK market with a bang. The first product to appear was that of the Spin and Win Casino, but their work within the bingo sector continued apace, with the release of Kitty Bingo. Lucky Pants Bingo followed not long after that, and the company were suddenly back in business and doing what they do best.

Daub has always been a slightly smaller network than a lot of the others that we have covered on the site. As we’ve spoken about already, they generally develop and maintain a couple of good strong brands, building them up and investing as much time and focus into them as they can.

When other brands come in wanting to utilise their network, Daub are able to offer a more intimate partnership than most. Unlike with firms such as Dragonfish, who have hundreds of sites all connected and all looking pretty similar, Daub Alderney have just 4 bingo sites and 4 casinos. The bingo sites include Give Back Bingo, Bingo Extra, Lucky Pants Bingo and Kitty bingo.

Daub’s network is small but perfectly formed – one of the best in our opinion as they are able to offer a much more bespoke experience than most for companies wanting to partner with them. Rather than simply offering a ready made platform on a take it or leave it basis, they work with their partner companies to make sure that they get the product that fits their needs.

You would be hard pushed to recognise that Daub sites are all from the same network simply by loading them up. This is a real credit to Daub and their design team, as allowing companies to come and create something a bit more personal is a huge plus for the industry. Of course, there are limitations, but they vary in design about as much as anyone else we come across in the industry.

It’s also worth noting that the designs aren’t just unique, they are also really useable. They function well, offer a clear layout, and most importantly they highlight the fact that the site is about bingo. This may seem odd, but there are plenty of sites that are much more casino-focussed in their design which keeps bingo hidden away, and we feel that it lets them down somewhat. 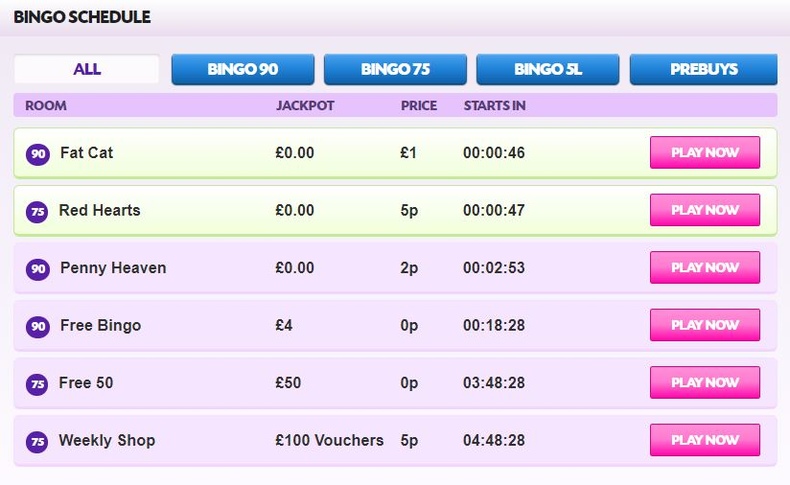 Daub have a good range of bingo games to choose from and even though they aren’t the biggest by any means, they are still one of the better sites for game collections. You get a nice mix of 90-ball, 75-ball, and 5-line bingo, with variants of each included.

Sometimes it’s nice to have more options but numbers aren’t everything, and this is a pretty solid collection that will suit the needs of most modern-day bingo players in terms of variation.

The games vary in ticket prices as well, starting as low as 1p and working their way up to 20p per ticket for some of the bigger games. These games don’t always run around the clock, but they do happen regularly enough to keep players interested.

We will also add in that the games are some of the best that you can get your hands on visually. It’s a similar situation to the design of the sites; whilst there isn’t a ginormous range to choose from, what there is really impresses.

One of the things that we were most looking forward to when testing Daub’s games were the jackpots as we’d heard good reports. The jackpots value is usually representative of the size of the network, so the bigger the network, the larger the jackpot on offer as there are more players contributing to it. Makes sense, right?

Daub isn’t all that big a network, in fact you could argue that it’s one of the smaller ones, with just 4 bingo sites to their name. But in a bizarre turn of events the jackpots on offer do not reflect their smaller stature and can weigh in with some networks that have a huge number of skins attached to them.

These may not be the big numbers that you get from the biggest networks, but these numbers are certainly competitive with the majority of networks, which is a great effort from our point of view.

One of the areas that Daub have been keen to expand into is that of mobile bingo. They started offering mobile bingo games as soon as they ‘re-appeared’ after selling off their first major brands to 888. The integration with HTML5 technology means that not only are the games now functional on mobile, but they are genuinely really good.

Access to each game differs slightly depending on which site you are using, but once you get in there you are able to access the same high-quality games that all sites on the network have access to. The games load really quickly and they have even been made to be compatible with the larger screens that are much more common with modern-day smartphones and phablets. 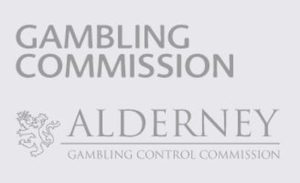 The company are licensed by both the UK Gambling Commission and the Alderney Gambling Control Commission. This means that the network can be used legally in a wide range of countries all over the world.

It allows them to be more diverse than most, given that they have multiple licenses, but not only that, it also means that they are probably safer than most others too. You see, the UK Gambling Commission will require certain safe guarding procedures to be in place that the Alderney Gambling Control Commission might not, and vice-versa.

Anytime that we see a network with multiple licenses it’s always a good sign for us, because it means the company has been scrutinised by more than one authority. 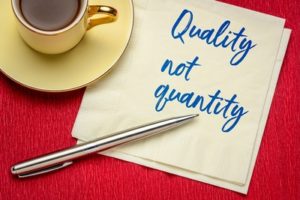 If anything, their size is precisely what makes them so interesting. You don’t see dozens of bingo rooms all looking the same apart from a little bit of branding and there aren’t that many that can match the quality of the games that they have to offer throughout the site either.

We would usually state at this point that the next step might be expansion, but given that they haven’t yet decided to do so even after making a celebrated return back in 2012, it might not be what the company want to do. Instead, perhaps they will invest their time on their current clients and improve their overall package even further.

They are likely leaving money on the table from a business perspective, but you have to commend them for taking the quality and reliability of their service so seriously, even to the potential detriment of easy profits.