One of the most exciting things about the modern bingo industry is that the software that’s being designed is constantly evolving. The games are now better than ever; there are more versions of bingo than there have ever been and the features that bingo rooms are able to offer their customers show more innovation.

B-Live Gaming is one of those companies that is starting to push those boundaries even further. They are doing this by taking player interaction to a new level, and one of the ways that they achieve this is by including webcam-based bingo games. This means that instead of just being able to communicate in an old school internet chat room, you can actually see and talk to people face to face using a live stream, even if they are on the other side of the world.

The company were founded in 2009, so they aren’t exactly a new brand. They first went live a couple of years later in 2011 and worked for a long time within the Dutch marketplace, with varied success.

The company have always been one to prioritise innovation though, and their webcam platform is one of very few that’s available for bingo players. The work they have done has been recognised by many within the industry, highlighted by the fact they won both ‘Best Newcomer’ and ‘Best Online Bingo Innovation’ at the 2011 EGR Awards.

What was probably most impressive about this is that they were able to beat off other firms that had been around for years and years, nut B-Live Gaming came out on top in spite of this. They are currently based out of Malta but are licensed in the UK via the UK Gambling Commission.

The license is actually owned by that of their parent company, which is called Dazzletag Entertainment Limited. They have a number of gambling sites that operate under their umbrella brand and with this they are able to offer the software that B-Live Gaming showcase their work on.

The B-Live Gaming platform is not actually used on all that many bingo sites. In fact, there are just two; bingocams.com and brightbingo.com. BingoCams is owned by Dazzletag and was created exclusively to host their software as a bit of a flagship. Bright Bingo was also created by Dazzletag initially, but the brand was recently sold off and now they operate on the 888 network whilst still utilising B-Live Gaming software amongst others.

Whilst the network of sites that offer the software is small compared to most, it’s actually quite nice that you can only find it in a limited number of places. When you see networks that have 150+ skins dotted around, they can start to become awfully repetitive, so B-Live Gaming definitely have that boutique sense of exclusivity about them.

So as not to exclude anyone or scare them away, BingoCams are clear to point out that you don’t have to have a webcam to play games on their site. Webcam games are optional, and you can either play these games with or without one, even if others have theirs turned on. Basically, if you don’t have a webcam or don’t always want to use it, then you don’t have to and the site will still function like any other.

The homepage is pretty cool and we really liked the ‘reaction cam’, where people that have won throughout the day flip out and celebrate. You can scroll through the videos and see the amount they have won along with their reactions. Some of the bigger winners are hilarious as they jump up and down and scream for joy. The site calls them ‘win moments’ and there are over 7 million recorded and hosted on the site.

How do the Webcams Work? 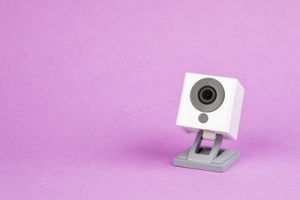 The first thing to do is to make sure that your device actually has a webcam. At the minute there is no mobile compatibility, but we wouldn’t be surprised to see this rolled out given the increase in mobile bingo over the last few years.

Your webcam hooks up to the B-Live Gaming servers – the site will should be able to find it automatically once you have given it permission – and then when you enter into the bingo game that you want to play you can view other people’s webcams and they can view yours. It’s worth noting that if you don’t have a webcam set up yourself then you can’t always see others webcam.

The game plays out in much the same way as other bingo sites, but seeing people’s reactions when they win and being able to chat face to face between games is what this concept is all about. 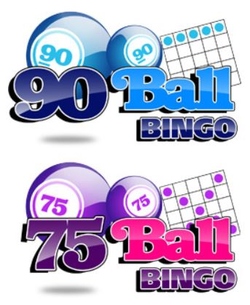 The range of games that are on offer at B-Live Gaming is fairly simple in that they offer 90-ball and 75-ball variants. The 75-ball games are actually a fairly new addition to the site and with them you can play both pattern and 5-line bingo.

There are plenty of games rooms to choose from though, with each offering a slightly different variant, but their games are really all about the integration with the webcam for us and this is what sets them apart from the rest. There are also room selectors that are designed to help people that are new to the site or the software work out where they need to be.

The site sets up a lot of spotlight games that are often going to start running in the next 24 hours or so. They include things like the happy hour bingo, lunchtime jackpots, and cash drops. Whilst these aren’t part of their jackpot rooms, they serve as additional funds to be won that have been added by the network, and that’s a sweet addition in our opinion. 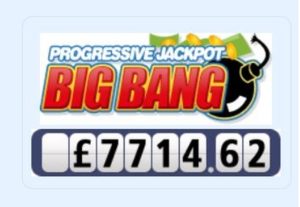 Jackpots play a big role at any bingo network and B-Live Gaming are no exception. The downside to these is that the network is very small in comparison to most, which means that for jackpots like progressives, it’s going to take a long time to build them up to comparable numbers as the likes of Virtue Fusion or Dragonfish.

That being said, the jackpots are still well worth winning, and the only criteria to win is that you need to have made a deposit within the last 3 months, which we think is more than fair.

The network runs two jackpots in total; The Big Bang Progressive and Room Jackpots. The Big Bang is their biggest jackpot and this one is linked across the most games on the site. The jackpot is seeded at £1,000 and can be won by getting a full house in 32 or fewer balls on the 90-ball games, and 42 or fewer on the 75-ball games. This is a good rate as lots of jackpots are 30 or fewer balls, which makes them that bit tougher to win.

Each of the rooms on the network will also have their own progressive jackpot. As you can imagine, they are a lot smaller than the big one, but they are a lot more attainable too, given that they take just 40 balls to trigger in the 90-ball rooms and 48 balls from the 75-ball games. It’s worth noting that should you win the big jackpot you won’t win the room jackpot as well.

The jackpot rooms on the network include:

The Future for B-Live Gaming 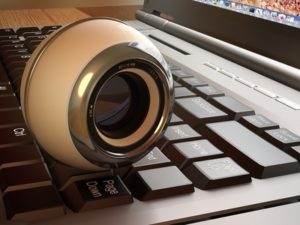 B-Live Gaming have been running for a little over a decade now, which is quite a long time in an industry that’s not that old. They’ve done really well up to now and the fact that they’ve won awards just proves it.

We do question why their software isn’t used in more bingo rooms though. If you look at something like live casino, this is has caught on massively over the same sort of time period and whilst it works a little differently, the concept is still fundamentally the same.

For them to keep making an impact we think they need to get involved with other brands and expand on what they’ve got. Bingocams is a great bingo site, but it’s far from the biggest. In fact, as this is being written at 11:30am UK time, the site has just 10 players online with 1 active webcam between them.

That being said, they will certainly have their busy periods, and B-Live Gaming might be happy with this level of exposure. They might be satisfied with managing the network over just a couple of sites and being able to keep a close eye on the product.

We’ve also heard that they have plans to introduce games like blackjack and roulette to their webcam platform, so that should be an interesting development.