The online bingo sector has seen a fair amount of innovation over the last decade or so as technology has improved. This has included things like new game types to play, branded games, community interaction and now, web cams.

For those that aren’t aware, a webcam is a camera that is attached to your computer and is able to record you as you play – but only if you want it to. You can but them as attachments but they are often built into the top of your screen these days; if you do buy one that plugs in you can get better quality visuals but it isn’t as convenient.

There aren’t a huge number of bingo sites that offer this service at the moment, so it’s still very much a niche feature, but it’s proving popular. The main site where you can use your webcam is that of Bingo Cams, and whilst these guys are the best in the business right now, we think that they are going to face increasing opposition over the next few years given how popular that brand has become.

How Does it Work? 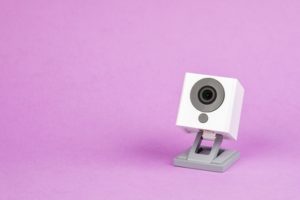 The first thing that you need is a web cam – obviously. As mentioned, these can be the ones that are built into your computer or you can buy them separately. Most modern-day computers will have them built in and whilst the quality can vary, they should be more than adequate for what you will want it for.

The bingo sites don’t require that you have a certain spec of camera, but the better the camera that you have the better the picture and the clearer you will appear to other people; if you are chatting it’s better if you can read facial expressions properly. It’s also worth noting that you will need a steady internet connection to make this work. Again, most modern-day broadband (ideally fibre optic) connections are more than strong enough to deal with web cams.

You will need to log into your bingo site and then choose the game that you want to play. You may find that not all games are compatible with web cams, but most are highlighted either way, especially at somewhere like Bingo Cams; webcams are their niche but they allow you to play both webcam and non-webcam games if you wish.

Once you find your game and enter that bingo room, your webcam will start to hook up to the site’s server. This will mean that other people can now see you and you can see other people in that room. If you enable sound then it will also link your microphone as well, so you can not only see people but also hear them.

The games themselves run as they normally would in any other bingo game. The webcams function more as an interactive chat room than a gameplay feature. You’d usually have to type anything that you wanted to say, but this way you can just interact normally via webcam as though you were in the same physical room.

It’s worth noting that you can choose specific people who can see you if you want to. It might be that you have a friend or number of friends that like to play the same games; this means that you can create what amounts to a private chat room just for that group of players and no one else will be able to see or hear you.

What’s the Point of Webcams? 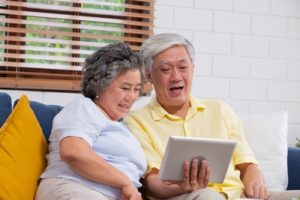 The main reason that people like to use webcams is that the games become that bit more personal and a lot more socially interactive. You move away from impersonal chat on a keyboard and communication opens up and becomes more natural.

The social side of bingo is missed by many who’s bingo halls may have shut down, as there are still a lot of people who find typing difficult. It can be a laborious task for them as well, slowing things down to a crawl which means that the community feel which is such a major part of bingo can be lost. No other form of gambling has this in quite the same way so it’s important to try and preserve it.

With the introduction of the webcam, they just need to log into their room and start talking with new friends or even meet up with old friends. Given that the process is automated after it has been set up the whole thing is very simple, there is nothing technical to deal with after the initial setup.

One of the best things about the webcam is seeing people overcome with joy and emotion when they win. We’ve all done it privately from the safety of our own home: leaped for joy after winning a game of bingo and perhaps flung ourselves around a bit, but there’s something very special about seeing others reactions when they win.

In fact, the bingo sites love it so much that they are often able to reward players for their reactions. Most sites call these ‘live win moments’ and when there is a particularly funny reaction then the chat hosts will reward that player, often with free tickets for the following games, but it can also be bonuses or even cash rewards depending what is going on in that bingo room.

These moments are definitely one of the funniest things about the whole concept. It’s also what the bingo sites like to promote the most, and understandably so – there is something heart warming about being able to share other people’s good fortune. 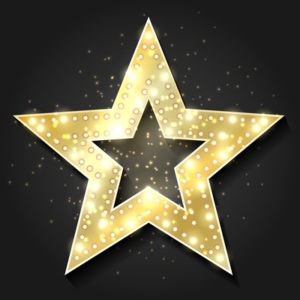 If you are familiar with the bingo industry, then it’s likely that you are aware that pretty much all games come with a chat host. This is someone that works for the bingo site and they encourage interaction, make people aware that they have won, keep the chat section clean, and also just make sure everything ticks over nicely. They are an extremally important cog in the machine for any bingo site.

With webcam-based games you will see that the chat host often has a webcam as well. This is great if there are games with not many people in or not many people using their webcams, as it ensures that you’ve always got someone to chat to, and they soon become familiar faces.

However, on the odd special occasion you will see the bingo sites get celebrities to come and play bingo or manage the chat room. These will obviously be linked up to the site and the webcam as well, so you can see and interact with them as they play. The hosts vary but are often TV personalities that have some sort of sponsorship link to the site. 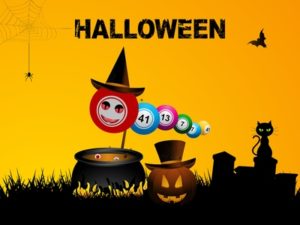 When you have a webcam you have a lot more freedom to get creative. Over the years, bingo sites have been able to do some pretty crazy stuff which has been broadcast for the whole world to see and enjoy.

One of the fan favourites is that of Halloween, and these themed games are commonly run throughout the week leading up to the spooky holiday. They change the names of the bingo rooms to something a little scary and encourage players to dress up in their most terrifying Halloween costume. People that have made the most effort often get some sort of prize and another prize might be awarded for the best dressed.

These themed nights are pretty popular throughout the rest of the year as well. We’ve seen Christmas jumper themed nights, the best dressed Easter bunny games, and even sites encouraging players to dress as their favourite sports stars during Wimbledon, the World Cup and the like. It’s a bit of fun, but some of the costumes can be utterly hilarious so they are not to be missed.

Even crazier, we’ve also seen people get engaged live on these webcam games. That’s right, someone got down on one knee to propose during their favourite game. What the bride to be didn’t realise is that her soon to be husband had planned for a group of their closest friends to be involved in the game in order to watch them propose.

How Safe is it All? 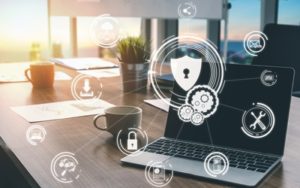 Online safety is something that has to be taken very seriously in this day and age, and bingo webcams are right up there as one of the most protected aspects of any gambling site. There are plenty of protocols that are put into place by the bingo site themselves that improve player safety and also rules that players need to adhere to.

One of the first things to note is that any video streams including children will be instantly removed and you may have your account banned if you break this rule. Child protection is taken extremely seriously. For example, if you are playing and a child enters shot, your feed will be immediately closed and you may face further action. It’s imperative that, even if they are family members, you keep children off the screen for obvious reasons. Bingo sites cannot be seen to have any links with people under the age of 18 in the UK.

In terms of your own safety, there are lots of things that you can opt-out of. We spoke earlier about the live win moments that are often used as marketing on the bingo sites homepage, well if you didn’t want a recording of that being used then you can opt-out at any point.

You’re also going to be able to block people from seeing your feed, a bit like blocking someone on social media. This is something that we spoke about earlier in this article, but you can pick and choose which people can see your webcam if you don’t want total strangers seeing it.

Also, you can turn your webcam on or off whenever you want and still continue with the game, it won’t affect play. If you do turn your camera off though you won’t be able to see others with their webcams turned on. It’s also worth noting that if you cover your camera, point it in a direction that isn’t facing you, or use some sort of screensaver, you will be removed and you won’t be able to view other players streams.

The chat hosts are there to manage all of this and more within your game. If you think something is wrong or you need any help, then the best bit of advice is to get in touch with them and they will help you sort it out. Generally, the bingo webcam environment is very safe, but you still need to be as vigilant as you would with any other webcam related service.