Bingo Games Based on TV Shows 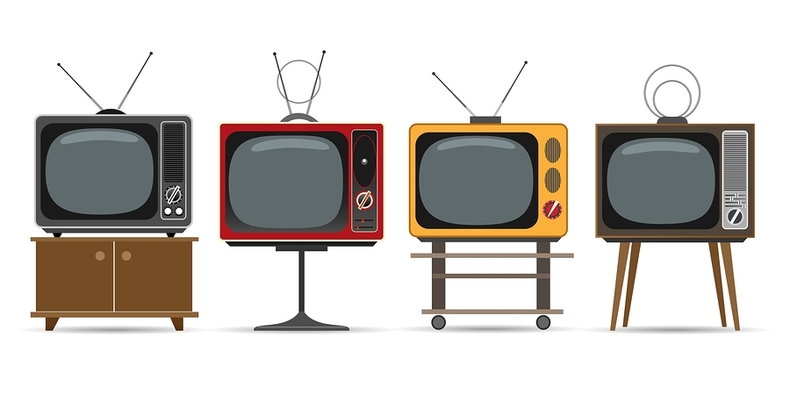 One of the ways that bingo sites like to attract new players is by offering a wide and varied range of bingo games. They come in all shapes and sizes, with lots of different themes to keep them interesting.

The most popular games are pretty much always what are known as branded bingo games. More often than not, these come in the form of TV shows, especially those that are popular in the UK.

The reason they are so popular, other than being recognisable, is that these games often have a little bit more about them than most. They may include characters from the TV show or even clips of old episodes. They also often include special feature rounds that your standard bingo game simply won’t have.

The number of these branded games is growing, along with their popularity. We have compiled a list of some of the more common bingo games that are based on TV shows. What you will find is that a lot of them are exclusive to certain bingo rooms, so even though a site might be on the same network, it does not mean that you can play these games from different sites on that same network.

Deal or No Deal 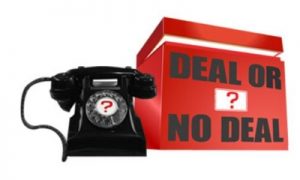 Our first game is Deal or No Deal and this is based on the TV show hosted by Noel Edmonds. On the show there is one contestant who gets to choose 1 of 22 boxes. Behind each box is an amount of money ranging from 1p through to £250,000.

The game starts when the contestant chooses their own box with an undisclosed sum of money inside it. Throughout each round they pick off remaining boxes at random. Once a sum of money has been revealed in the box, that sum cannot be won. After each round (4 picks per round) the player gets an offer from “The Banker” based on which sums have been eliminated and which remain, and they can either accept the offer (deal) or play on (no deal). If the player goes to the end, they take the sum of money that is in their box and that’s their prize.

The bingo game starts with a simple 90-ball or 75-ball variant. All the boxes are in play from the start, but as they get called out, they get removed from the game. The winner of the game then goes to the feature round.

In this round the player can either accept the offer from the banker based on the value of the boxes that are remaining, or they can reject it and open their own box to see how much they have won.

The games value can vary massively and there are often jackpot games that are linked to Deal or No Deal, meaning that the sums of money on the table at the end can be vast. It’s worth noting that if the game is played as a 75-ball variant, then it will be the 5-line version of the game that’s in play. 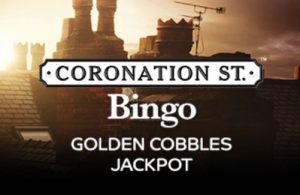 Coronation Street has been airing on British TV since 1960, and in that time it has risen to be one of the Nations favourite TV Shows. Gala Bingo were able to secure the rights to the Coronation Street bingo game and this is the only place – along with Coral Bingo who are owned by Gala – that you are able to play this game.

The game comes with a standard 90-ball layout, but it does include a Golden Cobbles Jackpot. The jackpot is triggered based on the last number that was called for the bingo win. The more numbers that are on the board that have not been claimed, the higher the jackpot. It’s not uncommon for this to run into the several hundreds of pounds and it will reset and keep building every time it’s won, so you can literally win on every game.

We should also mention that the game includes old clips from the show as well. There are over 100 clips that are shown in between games, so those that are long-time fans of the TV program are going to really love this bingo game. 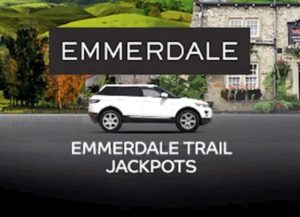 The Emmerdale bingo game is another favourite in the industry and is probably the best of the all the TV soaps in our opinion. The game starts with a familiar rural backdrop and, weirdly, a seemingly random 4×4.

The game plays out as a 90-ball bingo game, but it’s another that offers a range of jackpot payouts. Based on Virtue Fusion’s HTML5 platform, the bingo game can be enjoyed on a number of devices and comes with a number of added features.

After the game has completed, the number of the last ball called for the winner will determine the number of stops around the track that the 4×4 vehicle will make (the 4×4 makes sense now). If it lands on a 20, 40, 60 or 80 number, then a jackpot is triggered for all the players in that game. If the number takes to 4×4 to step 90 then the winning player will also trigger the progressive jackpot on offer.

What’s really cool about the game is that each time you play you collect country miles based on the number of tickets that you have bought. When you collect 50 or more then you will be eligible for a bingo bonus, often in the form of free tickets. 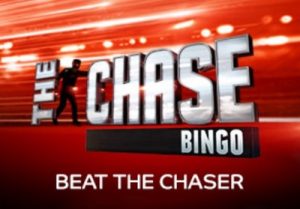 The Chase is the first of the Quiz shows in our list and is another that is very popular right now. It’s another game that has been designed by Virtue Fusion and is based on the successful quiz show hosted by Bradley Walsh that includes the now famous “Chasers”.

Like most of these types of games, it’s a pretty standard 90-ball bingo game right out of the box, paying 1 line, 2 lines and a full house. But it’s when you get the full house that the game really starts to come alive.

It’s here where you start to play a game that is very similar to the one you see on TV. You are offered three amounts of money which is bonus money on top of what you’ve already banked; you can choose low, medium or high. The player goes head to head with the chaser at this point, and even though the player does not answer the questions it plays out as if they were. If they beat the chaser then the player wins the bonus money.

It’s worth noting that all of the Chasers are in on the game, including the Dark Destroyer, The Sinnerman, The Vixen, The Governess and The Beast. 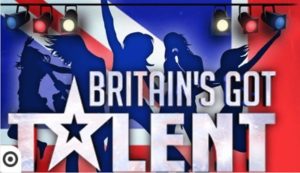 This the first of the talent shows on our list and is widely regarded as one of the best shows on TV. The show is another brainchild of Simon Cowell, who is one of the judges, and enjoys massive viewing figures tuning in to see the best talent from in and around Britain.

The bingo game is hosted exclusively by Mecca Bingo and plays as a 90-ball version. It includes a progressive jackpot as well, which is triggered by all three lucky numbers matching that of the balls on the line that the full house has been called on.

What’s cool about this game is that when the community jackpot drops, the money gets split 50-50 between the winner and the remaining players that are in the game. It’s also worth noting that if you purchase 6 tickets for the game and don’t win, you get free scratchcards or free tickets back into the next game. 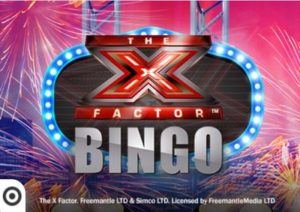 The X Factor bingo game is of course based on the massively popular singing contest that has been on our TV screens for years now. It’s another program that has come from Simon Cowell, but now takes place all over the world, with superstar judges involved in every reincarnation of the show.

The bingo game is a 90-ball variant and is actually quite similar to that of the Coronation street game that we spoke about earlier. Winners of the full house will be able to take on the Judges Desk feature and this means that they are able to scratch off their bonus. 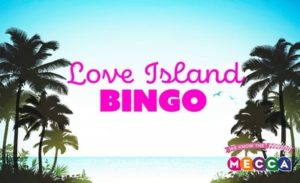 The Love Island game is exclusive to Sky Bingo and is one of the most addictive shows on TV. It’s a little bit like the Big Brother TV show that used to be so popular, but instead of a house in the UK they take contestants and put them in warmer climates – where they need to wear less clothes.

The winners of the show are the couple that have paired up and received the most votes from the public after several weeks in the house, although tactical couple switching can take place.

The game is a 90-ball format and after some of the games the spin the bottle feature round comes out. The bottle will spin on the screen and wherever that bottle lands, the bonus amount will be paid out amongst all of the players that have bought a ticket. 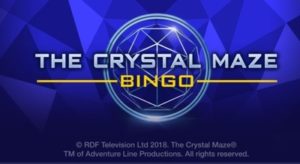 The Crystal Maze game has been made by Gamesys, and they have smashed it out the park with a return to this classic 90’s TV show. The game is equally as popular and you’re able to take advantage of big jackpots as well.

What’s great about the feature round is that you are involved whether you have won the full house or not. This section is based on the final section of the TV show where the contestants have to grab as many golden tickets as possible. You have to do the same, with the more gold tickets you bag resulting in more free tickets for future games.

After the game you will then be shown how well you have done. It also highlights how well the other players in the game have done. A score of 25 gold tickets or more means a free ticket to the next game and 40, 70 and 100 tickets will get cash rewards. Over 250 tickets collected between the group will return a free ticket for every player.

On top of all that, you get a progressive jackpot that starts at £1,000 and will drop when the game has been won in 38 calls or less, which is actually a high number for these jackpots (which is a good thing).

There have been few more iconic TV shows over the last few decades than Friends, and the comedy group of pals have made an appearance within our bingo games as well. As you can imagine, the game is based on a number of items that are linked with the show, including the characters and the coffee house that they drink at, Central Perk.

The game itself is a 90-ball game, but it comes with a twist. At the start of each game you can choose a team to be on and each team is based on one of the characters. Each character’s team has a block of numbers, from 1-15, 16-30, 31-45, 46-60, 61-75 and 76-90. During the game the character with the most numbers called in their group will be the winner. If you selected that character before the game, then you win part of the prize on offer. Prizes are small, but it’s a fun element.

The main game comes with a jackpot though. This is where the player who has a full house will get paid a bonus. The bonus will then be checked off with the ticket that is behind the counter at Central Perk. If the last number that was called in the game matches the ticket, then the bonus is paid out.