Celebrity Bingo Sites: Rooms That Have Celeb Endorsement or Sponsorship 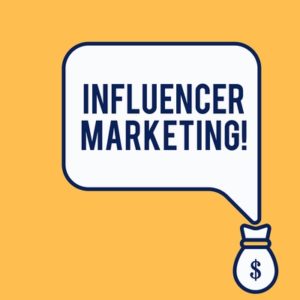 The bingo industry is worth over £1.3 billion in the UK alone. It’s still one of the nation’s favourite pastimes, but it would be fair to say that the industry probably isn’t thriving as it once was, especially considering the alarming rate at which bingo halls have been diminishing over the last 20 years or so.

One of the ways that many bingo companies have been able to stay current and also bring a positive recognisable face to the company has been through celebrity endorsements and sponsorship deals.

What you usually see is that the celebrity will be part of their TV and online advertising, and their face is usually widespread across all of their online and social media platforms as well. A lot of money is spent on these deals, and if the bingo company judge it right then big money can be made off the back of them.

However, strict gambling and advertising regulations need to be met by the bingo sites, and this means that they can’t just hire anyone they like to represent them. One of the main terms that is set out for gambling sites is that the celebrity cannot be or look under 25 years old. Other guidelines include:

Given that bingo is targeted more towards people who are around middle age, there is still a large net of people that they are able to approach despite the restrictions. We’ve seen some pretty random partnerships formed in the past, and some have had more success than others.

Let’s take a look at some of the higher profile sponsorship deals.

Barbara Windsor will forever be known as the Queen of the soaps. She starred as Peggy Mitchell in the TV Series, EastEnders, for over 15 years, and her character was the pub landlord of the Queen Vic for most of that time.

Windsor’s character, Peggy, played a larger than life role in the show. She was seen as the lead character for so many of their storylines and ended up being synonymous with the soap and the people it represented. But Windsor had already found fame on our TV screen’s prior to EastEnders, with countless appearances in the “Carry On…” films that became hugely popular in the UK.

After she had called time on her career in EastEnders, it was time for Windsor to move on. There is lots of talk about soap stars not being able to endorse products whilst contracted to the programs, but this is unconfirmed. Nevertheless, not long after she left the show she was offered a deal with Jackpotjoy as the new face of the company.

Jackpotjoy were already going great guns in the bingo industry at the time, but signing Windsor to work with the firm in 2010 lifted them to the next level. It was one of the first times that such a high-profile celebrity had got involved with a bingo site and it set the trend for what was to follow.

Jackpotjoy had Windsor play her role as the Queen of Bingo – a play on the Queen Vic perhaps – and one of their most successful ads even won Ad of the Year in 2012.

The company went through some uncertain times over the next few years, and although Windsor remained the face of the brand with new ads coming out each year, Jackpotjoy was eventually sold in 2015 to The Intertain Group for a healthy £425.8 million. Her deal with the brand ended not long after the takeover had gone through and just like that, one of the most iconic celebrity endorsements for online bingo had ended.

The dethroning of the ‘Queen of Bingo’ meant that the title needed claiming. It was given to none other than Paddy McGuinness. Paddy has had a successful career as an actor, entertainer and comedian over the years and his stock levels had started to rise as host of hit TV show, “Take Me Out”.

The switch came across amicably, and the first TV advert actually included the both Babs and Paddy, as Windsor passed over her crown to McGuinness in a ceremony that saw him dubbed the new ‘King of Bingo’.

Whilst there is no doubt that the appointment of McGuiness was a shrewd move by Jackpotjoy, especially since he was announced as one of the new hosts of Top Gear not long after, it’s also a clear sign that the bingo industry is looking to target a stronger male following.

We mentioned in our article on the demographics of the industry how the number of males that are playing is continuing to grow, especially online, with around 25% of all players being male and some sites reporting that their male player base is as high as 38%.

Verne Troyer was best known for his role as Mini Me in the Austin Powers movie. He was a successful actor and comedian in his own right, and he was instantly recognisable on any chat show or TV appearance due to his stature.

Bingo company BGO picked up on this, and in 2014 hired Troyer to be part of their TV advertising campaigns. In fact, his role as the tough talking ‘Boss’ spread across the company, with his face plastered on all four corners of their website.

Their adverts were effective, if somewhat controversial, and saw Verne team up with the likes of Paris Hilton and Dan Bilzerian at various points. The company often got complaints that were directed via OFCOM regarding the glamorisation of gambling, but action was rarely ever taken on their adverts.

It was Troyer’s sudden death at the age of just 49 that brought a halt to the successful partnership with BGO. It will, however, go down as one of the more iconic celebrity endorsements for bingo. 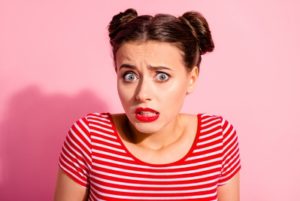 For each of the success stories mentioned above, there have been a dozen partnerships or sponsorships deals that have just been outright bizarre and haven’t lasted. The majority of these deals have seen the celebrity star in just a single advert, and we’ve had to go to some dark places online when researching this just to find them.

One of the most bizarre has to be that of Vinny Jones and his link to The Sun bingo game. Jones is often seen as a hard man of English football, so to see him randomly pop up in a just a single TV advert and then never be seen or even linked with the brand again is pretty impressive, even by the Sun’s standard.

Mel B is another one; she was linked with Costa Bingo. She came under fire for her cringeworthy adverts stating their jackpots were ‘scary’. Highly original, we’re sure you’ll agree. Given that Mel B is part of one of the biggest selling music groups of all time it’s an odd link for sure.

Peter Andre challenges the record for the most bingo sites under his belt so far but doesn’t quite get it. He will seemingly sign any contract thrust in his direction and has had affiliations with 2 bingo sites so far – Gala Bingo in 2012 fronting their TV ads, and then Wink bingo some three years later in 2015. But we have to cut Andre some slack as he was working as part of a charity for the Wink Bingo TV promotion, which actually raised over £50,000, so fair play to him. 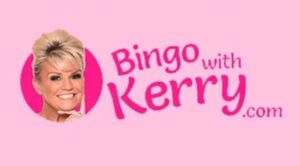 Whilst a tough award to decide, we are giving the worst thought out bingo ad campaign to Kerry Katona. She was able to work with not one, not two, but three bingo sites. In fact, one of the sites created an agreement where she had her own bingo room, Bingo With Kerry.

But the problem was that Katona had publicly been battling mental health issues and was also going through a bankruptcy case at the time. These obviously sparked outrage from fans who saw her promotion of online gambling as a huge contradiction in both cases.