What’s the Difference Between Each Way & Place Betting? 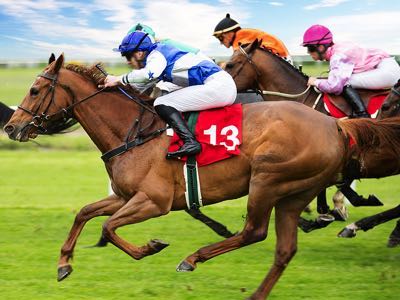 Each way betting is a huge part of sports wagering, especially on horse racing, golf and other non-knockout events with big fields. Alongside each way betting, you may also see place betting offered in these and other sports. If you are unsure what the difference between these two markets is, you’re in the right place, as we will explain how both options work and why you might prefer to use one over the other. 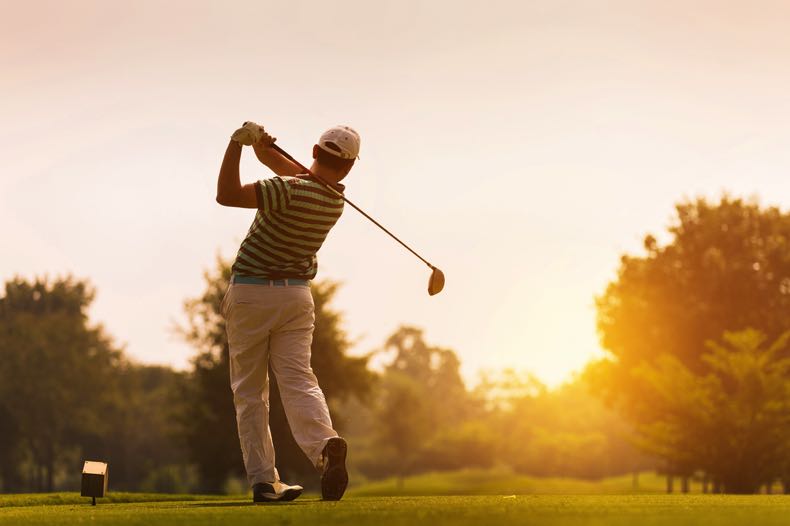 In order to best explain the difference between the two, let us first look at each in turn. Each way bets are essentially two bets combined into one. This means that a bet of £50 each way will cost you £100 in total. £50 of that stake goes as a straight win bet and is all or nothing. If your horse, golfer or whatever wins, you win and will be paid at the normal, full odds.

The other £50 goes on your selection to place. The exact terms vary according to the market and the bookie with whom you place the bet but let us assume it is a golf bet that pays out if your pick finishes in the top four. Such a bet may pay out at a quarter of the normal odds (again, this may vary but the terms should be clearly detailed alongside the bet) and is settled independently of the win wager.

If we imagine you backed a 40/1 outsider, your bet would settle as follows:

Place betting, which you may sometimes see referred to as “Top 5”, “Top 8”, “Top 10” or whatever, is a single bet. You are simply backing a horse, golfer or player (for example, in a top goalscorer bet) to finish in the places. As before, what constitutes the place positions will vary according to the bet but should be clearly defined. Obviously, if you are betting on “Top X” it should be abundantly clear.

For such a bet, it does not matter if the horse wins or finishes 10th (assuming you are betting on a top 10 market). If you back a horse to place, based on a top three finish, your return is the same whether it comes first, second or third. It is a simple bet that either wins or loses and is paid at the full published odds. Naturally these prices are shorter than the win odds. For example, if a horse is priced at 7/2 to win a race, you may see it available at odds of just 5/6 for a place (top three). An outsider may be priced at 18/1 to win but 7/2 to finish inside the first three.

As said, the number of places with both markets varies based on several factors. As a general rule, in golf you will get four or five places in standard tournaments and at least five and sometimes up to 10 in the majors. Odds are usually but not always a quarter or a fifth of the standard ones.

In knockout tournaments, such as the FA Cup in football, a tennis Grand Slam or a darts competition, an each way bet usually relies on a player making the final. You may see place bets for such markets listed as “To make the final” or “Top 2”.

In horse racing, there are standard terms for the places depending on the type of race and how many runners there are. Generally the more runners, the more places you have, with small fields only paying out for a top two and the largest fields offering a reward for a top four finish. Odds are usually either a third or a quarter of the standard prices. You can see full details of these odds in the official rules but note that these are the minimum odds.

Bookies often run special offers paying out on extra places, especially at the biggest meetings and huge contests like the Grand National. Note that such offers typically apply to each way bets rather than place ones.

Note that with both place bets and each way bets, dead heat rules (that are standard rules across all betting sites) will apply. This is especially relevant to golf betting but can apply to any number of sports. It means that if your player is involved in a tie you may not receive your full winnings. We will look at dead heat rules more comprehensively in a dedicated article but let us briefly return to our initial example of a £50 each way bet at 40/1 that pays four places at a quarter of the odds.

If your pick finishes joint fourth with one other player, from a betting perspective they have finished half-fourth and half-fifth. If this seems strange, bear in mind that the next finishing position on the leaderboard is sixth and in addition, the two players will typically share both prize money and ranking points for fourth and fifth.

As such, under dead heat rules, only half of your stake is classed as a winner. So in the example given, you would receive £25 at 10/1 (a quarter of the full price), for a return of £275 including half of your £50 place stake. Note that had your player finished tied with more players it would diminish your returns yet further, with four- and five-way dead heats not uncommon in golf when it comes to the place positions.

Should I Bet Each Way or to Place? 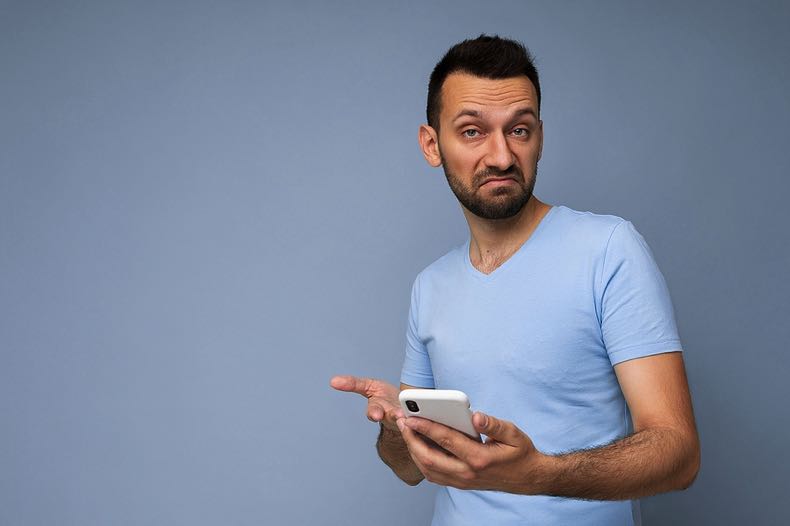 There is no simple answer to this question nor any right or wrong one. Much depends on personal choice, how strongly you feel about your pick and your attitude towards risk. Although we are only looking at two options – each way and to place – in this feature, really, we should view three bets together on a sliding scale of increasing risk, reward and variance.

All things being equal, all of these bets should in theory deliver equal results in the long term due to the bookies’ overround. Placing only win bets will see the biggest ups and downs and if your luck is in you may have the occasional successful day. On the other hand, you may experience whole days at the races, for example, with no winners at all, or even losing streaks that are much lengthier.

If you only opt to make place bets your net wins and losses will be smoother, with more small wins but no really big payouts to boost your bank. Each way betting offers perhaps the best of both worlds, with a mix of regular small wins and less frequent big wins. The downside of course is that every each way bet you make requires double the stake of each of the other two options.

Each Way or Place Strategy 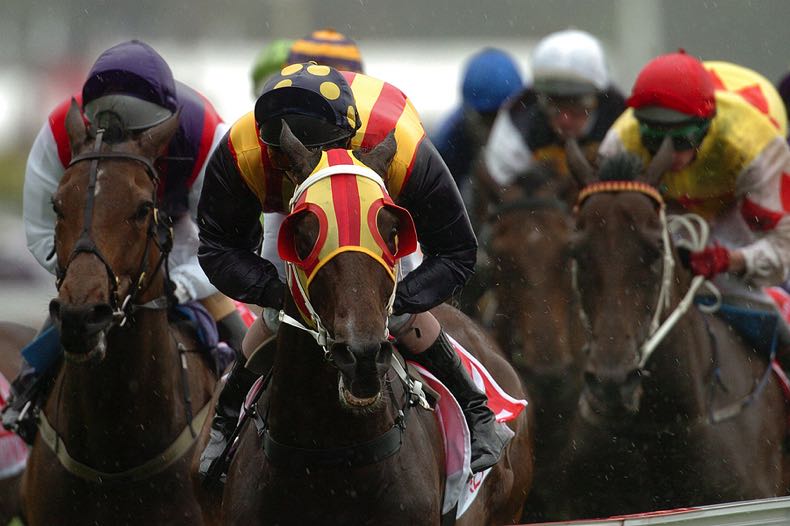 Whilst in many ways it is a personal choice which type of wager you prefer, there are perhaps times when one option might be better than the other in general. In golf, for example, there have been many players over the years who have struggled to “get over the line”. By that, we mean they earn a lot of money, have an enviable world ranking and frequently play in the last few groups on Sunday… but do not gain the wins their play deserves.

Examples of such players in recent years might include Tony Finau or Matt Kuchar, whilst some would suggest that Rory McIlroy now also falls into that bracket, though he also has a huge number of tournament victories to his name. Such players may offer real value in the place market, as opposed to each way. Their place, or top 5, top 10, or whatever you choose, odds, are typically derived from their main price in the outright winner betting.

Because they win relatively rarely, their odds in the outright market are high and this means their odds for the related places are also good. History has shown they may struggle to win, so backing them outright, or even each way may be a bad call but there might be real value backing them for a place.

There may also be value the other way backing low ranked players to win rather than place if they have a proven ability to get the job done when they contend. Some players are capable of regular missed cuts and poor tournaments but their competitive juices make them over-achieve when they are in the hunt. Such a player might offer big odds to win due to their low ranking but there is value because they have enough amazing weeks to cover the times they don’t perform.

By backing them to win, rather than to place, you maximise your returns when they deliver the goods and also reduce your losses (relative to an each way stake) when they do not.

Whilst the above strategies can also be applied to racing and other sports, if horses are your thing there is a particular strategy worth being aware of. As we alluded to, the places paid for each way and place bets depend on the number of runners and type of race. The table below shows the relevant details.

Put simply, if you back a horse blindly to make the top three, in an eight-horse race you have a three in eight chance of winning, around 38%. In a contest with 20 horses, you have a three in 20 chance, or just 15%. The same maths applies to a handicap race with 16 horses, where the top four earns a payout. That is 25% and clearly far better than a race with 30 horses.

In such races the proportion of each way places being paid to total runners is high. In such contests, bookies may not allow place only wagers or if they do, they may tweak their odds to allow for the relatively small field. However, an each way bet may offer some real value as these prices are simply calculated from the standard odds.

This may be especially the case where there is a very big favourite, perhaps priced at just 2/5 in a race with only eight runners. The fact that the favourite is so well fancied means that the odds for the second or third favourite may still be quite high. This will be all the more so if one or two of the contenders are real long shots. In such a scenario there may be some cracking each way value on the horses just behind the favourite. Of course, if the to place market is offered and is done so at fair odds, this is an even better pick against a strong favourite but otherwise, backing such a horse each way is a strategy used by many.