What Happened to all the High Street Bingo Halls?

The bingo industry in the UK has always been big business. It’s more of a pastime for most people than somewhere to really gamble, but regardless of that, generation after generation has attended on a regular basis throughout the UK.

In more recent times this industry has faced plenty of adversity and the numbers have started to dwindle. This is very much a supply and demand industry, and as the demand dwindles so does the supply. In this case, that has meant the closure of many once bustling bingo halls.

But the industry is still worth over £1.3bn per year, so even though it may be struggling it is far from done.

We’re going to take a look through a quick timeline of where the industry started, how it has got to where it is today, and where it might be heading in the future.

The Birth of Bingo 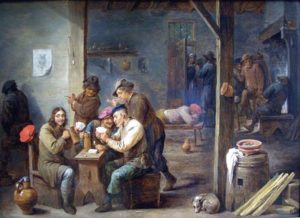 The game of bingo was first played in the 1700s, and it was a very popular game even back then. People would play for fun and to pass the time.

The number of people who were playing grew quite quickly, although it wasn’t until the start of the 18th and on into the 19th century when bingo halls as we know them today really started to appear.

Back then they were called ‘numbers clubs’ and they allowed people to play these early versions of the game we know and love.

The games were actually quite similar to what you would expect to play today, although they have seen several tweaks and adjustments since their inception to make them a little more interesting. 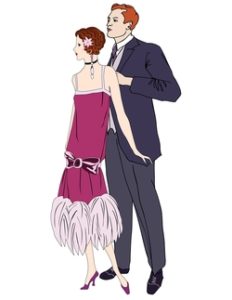 It was after the First World War that bingo started to really gather speed in its popularity. It was becoming a fashionable game for people to play and even though they couldn’t play for cash, it was seen as great fun and quality entertainment at the time.

This was also the first time that 90-ball bingo started to establish itself as one of the favourite variants, and the game was very much the same style that is played today.

Bingo is dominated by female players these days (although that trend is changing, see here), but back then there was a pretty even mix of both men and women giving it a go. 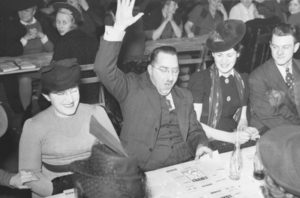 1961 saw the first Gambling Act drawn up by the UK Government, legalising gambling on the high street. Initially it was the high street bookmakers that were benefiting most from this change in policy, with betting shops popping up all over the place now that they were legally able to offer bets outside of race tracks.

Bingo fans were also able to benefit from this law change, and bingo clubs started to pop up to ride the wave of success the game was having and to provide a social event as well as a gambling event. By 1963 there were more than 14 million people signed up to bingo halls around the country – over 25% of the population at the time.

Mecca Bingo, one of the biggest bingo companies of the day (and still to this day) state that they had more than 150,000 players a day visiting their bingo halls during this period. Interestingly, it was Mecca who first came up with the idea of adapting the now declining dance halls into bingo halls, which is what a lot of the halls that you see today originally were.

By the 80’s, bingo had totally taken off across the UK. The nation could not get enough bingo in their lives and by the mid 1980s there were around 1,600 bingo venues on the island.

It was also at this time that the first out of town bingo halls were starting to open. These were the first venues that weren’t situated on high streets, instead they were run from huge halls situated just on the outskirts of town. Initially people though they wouldn’t work, but the numbers they pulled in quickly proved the doubters wrong.

Players were not just turning out for a quick game of bingo. They were going to bingo halls on a Friday and Saturday nights, replacing their usual recreational past times such as going to the pub or out for a meal, with an evening of bingo. The halls were adapting from being solely bingo halls to full on entertainment venues, with an ‘all-under-one-roof’ type of vibe.

The first downturn that the industry had to weather set in by the mid-90s and ran through to the turn of millennium. There were a number of reasons for this, but the main one was the start of the National Lottery and also the use of the intent.

People were able to get the same sort of soft gambling fix from the National Lottery as they were with bingo, but instead of being able to win a few hundred pounds they were able to win millions. What was designed initially to be a bit of a money spinner for the government quickly started to affect the bingo industry, which few had predicted.

The rise in the availability and reliability of the internet was another factor. This was a time when online gambling was just starting to take shape, and although most bingo sites came about just after the turn of the Millennium, they had been in the planning for some time. This meant that players were able to play the same games from the comfort of their own home. 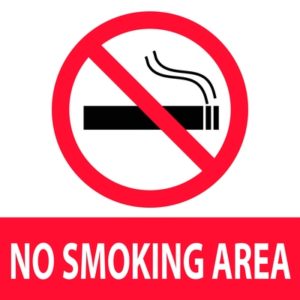 The smoking ban had a huge effect on so many businesses in the UK, but few suffered more than the bingo halls.

They were often graced by people who had grown up in a different time and had been smoking their whole lives, so it was unlikely that they were going to stop just because of the public ban.

At the end of the day, it was a choice between being able to have a cigarette and being able to play bingo with their friends. The majority chose the former and so the decline of bingo halls continued.

The smoking ban saw bingo hall numbers drop once again, and by the end 2007 just 5 months after the ban came in, numbers were at an all-time low of just 647 halls in the UK. 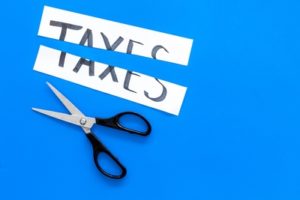 For the first time since the 1980’s, the industry has been able to enjoy a little stability. From 2011 through to 2015 there was a loss of 80 halls (695 through to 615), which is still not great news but nothing like the alarming figures that we were seeing previously. The decline had definitely slowed.

One of the big reasons for this is that the government decided to reduce the tax on bingo halls from 20% down to just 10% in 2014. This was more in line with some of the other gambling sectors such as bookmaking with 15%, and the lottery at just 12%.

This was clearly a huge boost for those halls that had managed to remain open, and whilst you still wouldn’t say the industry was thriving, this easing off of taxes has slowed down closures. The bingo industry had actually been calling for this cut for many years, and experts say that had this been introduced 10 years earlier then hundreds of clubs and the jobs they provided could have been saved.

Another reason why the bingo halls are getting more footfall is innovations such as Bongo’s Bingo. This is designed to be more of a nightclub themed bingo party that includes weird and wonderful prizes, live music, and of course, plenty of alcohol.

The joint project was set up by Mecca Bingo and co-founder of Rebel Bingo, Freddie Sorensen, who came up with the idea to encourage a younger audience to try the bingo scene. To do that, they had to do bingo like no one had ever seen it before. The games include many players that are aged 18-24, a demographic that has hardly touched bingo halls for decades, whereas over 14% of players at Bongo Bingo are now from that age group, and it’s rising.

Another point that we have to include is that in 2016 the first new bingo hall in over 7 years opened its doors – a very positive sign indeed. As of 2018, there are 650 bingo halls in the UK and this represents a rise of 35 since 2015. 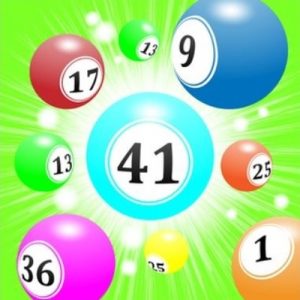 There is little doubt that the future of bingo as an industry lies mainly online. Bingo revenues online are almost 3 times that of brick and mortar bingo halls, so it makes sense that more companies are gravitating towards the internet.

But the real life industry has been holding steady over the last few years as well, which is a wonderful sign. The fact that new halls are opening and that numbers have actually increased a little from 2015 to 2018 is a great sign for bingo.

The favourable tax rate is one of the most important factors for us, and if the bingo halls are able to re-invest the money that this saves them each year into improving facilities and moving the halls into the 21st Century, then we may even see an increase after this current flat line.

The noises that are coming out of the likes of Gala and Mecca are all positive. They see the industry as one that is going to grow further, and since the average age of players is dropping this would suggest that they are right. The real test will be time – is this a minor boost or can this upwards momentum be maintained long term?