What Does ‘Include In Multiples’ Mean? 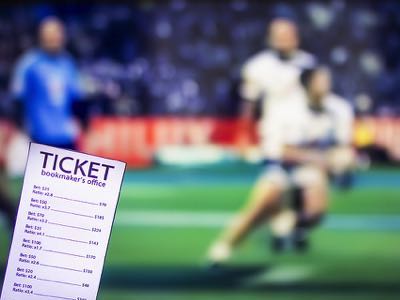 Betting is an everyday thing for many people and it is certainly not a hobby or activity that requires any great knowledge. That said, whilst some bets are very simple and obvious, others are more complex. What is more, betting is a field laden with jargon and specialist terms, so newcomers can sometimes find things a little overwhelming and will certainly regularly come across words, phrases or concepts they do not fully understand.

“Include in multiples” is one such phrase. If you have seen this term it is most probably on an online betting slip to which you have already added selections. Here we take a look at what it means and also delve into the many available multiples that you can choose from. We will explain how these bets work, as well as their pros and cons to help you move another step down the road towards being a betting pro! 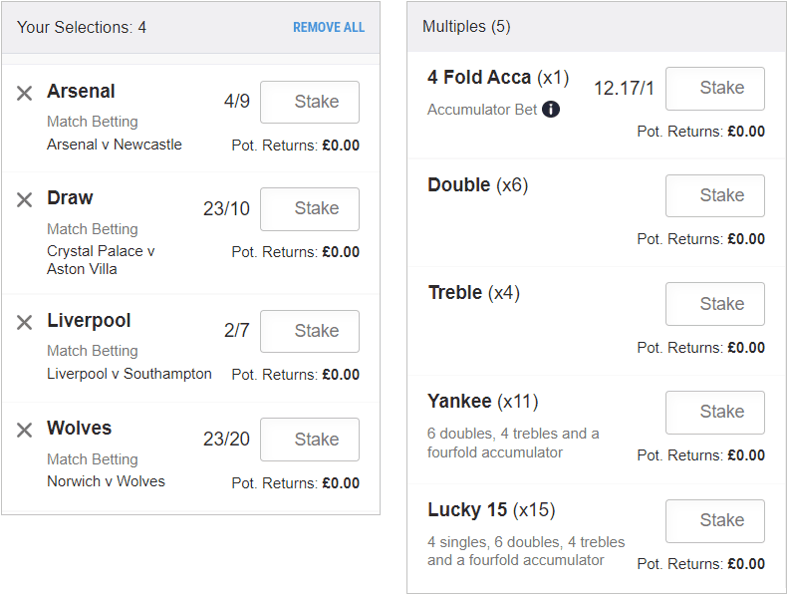 “Include in multiples” is actually something you are less likely to see these days because the technology that online bookies use has improved. Typically, when you add more than one selection to your betting slip you will automatically see all the available bets listed. That is not to say that you will be shown different markets or selections, but that all the available combinations of the picks you have added to the slip will be listed without you having to click or tick “Include in multiples”.

In the past, and possibly even now at some bookies, you might see the option to “Include in multiples”. Obviously, if you are looking to place a multiples bet then you will want to tick this box, which may show either as you add a selection to your betting slip or once you have added more than one to it. But what is a multiple and do you want to be betting on it?

What Is a Multiples Bet?

In order to better understand the topic we need to know what we mean by the term “multiples bet”. Quite simply, this is the umbrella term for any wager that has multiple unrelated selections and you need more than one selection, or leg, to win in order to see a return (although some multiples also include singles, in which case just one winner will be enough for you to at least receive some sort of payout from the bookie).

One relatively new betting option is the BetBuilder (though different bookies use different names). This is a wager that combines multiple related bets into one wager. Perhaps the original “BetBuilder”, long before that phrase was coined, was the scorecast. This is a bet that attempts to predict which player will score first in a game and what the final score will be. For example, you might bet on Lionel Messi to score first and Argentina to win 2-0.

Some people might mistakenly call such a bet a multiple bet, specifically a double, with the two selections being Messi to score first and the game to end 2-0. However, the two elements of the bet are classed as “related contingencies”, meaning that they impact upon each other: clearly if Messi scores first the chances of the game being 2-0 are increased (not least because if a member of the other side scores first it cannot be 2-0, whilst if there are no goals it cannot be either). Rather than being a multiple bet, this is a single wager with a number of propositions.

Let us imagine, for example, that you add the following selections from the same game to your betting slip: England to win, over 3.5 goals, Raheem Sterling to have a shot on target, Harry Kane to score, BTTS, and Declan Rice to be booked. In such a scenario you will not see the option “Include in multiples” and nor will the slip automatically create multiples such as a six-fold acca. Indeed, if you try and place such an accumulator, you will receive an error message stating that one or more of the selections cannot be combined (or similar). These selections are all related and as such can only be made via a BetBuilder tool or manual “request a bet”, with one single price for the combined wager rather than separate odds that accumulate for each “leg”.

So, assuming you want to make a multiples bet rather than a complex wager on a single event that combines many elements, what do you do? Well, simply add each selection to your betting slip, usually by clicking on the odds. You can combine almost any number of picks, with two being the minimum and the maximum usually around 20, though most people tend to be less ambitious than to opt for a 20-fold multiple.

Multiples betting is probably most popular in football and horse racing but you can make a multiple on any sport and even combine across sports. In addition, a multiple can cover a range of markets, so as a starting example let us imagine you add the following four picks to your betting slip:

If there is an option to tick “Include in multiples” you will need to click it to see your options but typically each selection will just update automatically on the slip as you add it, with all available multiple bets being shown straight away. With four picks you will normally be presented with the following betting options:

Those are the basic options based on four selections but these can also be combined. On the best “smart” betting slips all of the above options will be available individually, allowing you to bet on them all separately, using different stakes for each if you so choose. For example, you might opt to back your most solid selection as a single for £10, back the four possible trebles with £3 on each and also back the four-fold accumulator with a lower stake of £2. This would be a multiples bet with six stakes and a total cost of £24 (£10, 4 x £3 and £2).

However, most of the best betting sites will also offer two options that automatically combine a number of these options. When it comes to a multiple with four selections the two options are as follows:

In either case, your stake for each part of the multiple is the same, so a £1 Lucky 15, for example, will cost you £15 in total. If any of your picks wins then you will get some money back but usually you would need two or three to come in to make a profit, though this depends on the odds. In our example above, if we assume that England, Lazio and Mr Whittaker won, at odds of 8/13, 4/5 and evens respectively, your overall result would be a profit of £5.97, with returns of £20.97.

This would be made up of three winning singles, three winning doubles and one winning treble. Your four-fold acca would lose, as would the single on BTTS, as well as three doubles and three trebles. These bets, a Yankee and a Lucky 15, are examples of full cover, and full cover with singles, bets. The names are fairly self-explanatory, with these multiples covering all available combination bets that can be made up using the various legs that make up the bet. 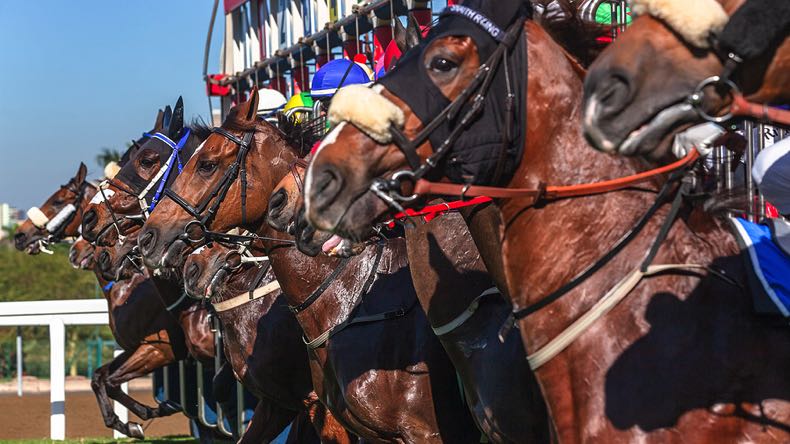 In reality though, when we talk about this type of bet there are normally at least three selections. We can see some of the most popular multiples of this type detailed in the table below, with full cover bets followed by the relevant full cover with singles option.

Note that in theory you can continue adding more selections up to whatever the maximum your betting site allows. The downside is that, as you can see, a full cover with singles bet on eight selections entails 255 separate stakes, meaning that to have even 50p on each will cost well over £100. Each extra selection more than doubles your total number of stakes so the overall cost quickly rockets.

Also note that you are unlikely to see bets listed as “Lucky 127” or above as most bookies only market up to the Lucky 63. All of these multiples bets should automatically be shown on your betting slip though but if you want to include the singles you may sometimes need to add them manually for seven selections or more.

Whilst some punters like to cover all options so that they are rewarded for every extra selection they land, others prefer an approach that requires fewer stakes. Rather than include singles, doubles and so on, right up to an overall acca that encompasses all the selections you have made, some bettors prefer to focus on four-folds, five-folds, or whatever, from a larger number of selections.

You might decide to bet on all 10 Premier League games in a given round for example. A full cover bet excluding singles would be a massive 1,013 separate stakes, meaning that even if you only bet 10p on each, your total outlay would be over £100! 10p on the Man City and Liverpool double at evens isn’t going to buy you too many pints and whilst the returns from the 10-fold acca might be around £600, plus a lot more from your other 1,012 winners, the chances of nailing all 10 results are slim.

They still require a large number of stakes and you must get at least six or seven results right to get a return (depending on which option you go for, though you could decide to back all of the five-folds, four-folds or indeed any option you want). If you just get the minimum number of results that you will only land one winner, that specific six-fold or seven-fold. However, if you get a couple of extra results right then your total number of winners increases quite dramatically and can yield big profits.

Precise returns will of course vary depending on the odds of your winning selections. However, as an example, a seven-fold with average odds of evens returns 127/1, whilst if those odds drop down to 4/5 you are still looking at a 60/1 winner. Throw in a couple of selections at 2/1 and another at 6/4 and that 4/5 seven-fold goes from 60/1 to a massive 235/1!

Should I Place Multiples Bets? 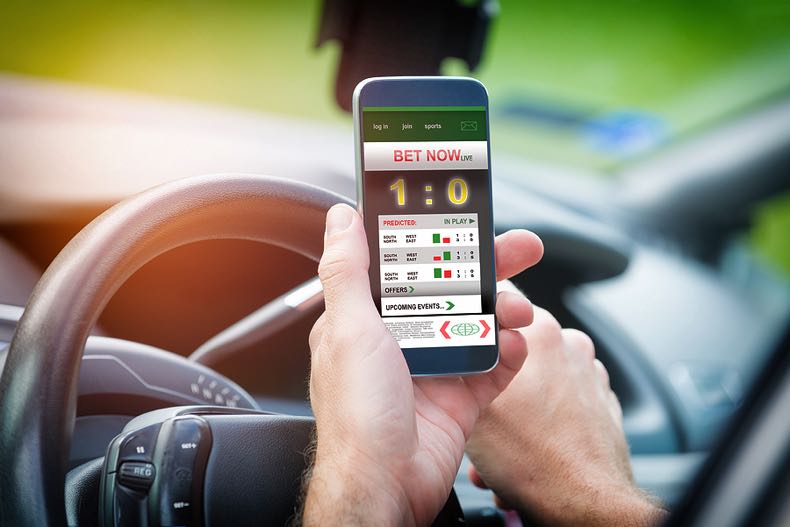 Some people love multiples and others think they are a mug’s game. Few pro punters, or those who take their betting really seriously, regularly place this type of wager. Obtaining true value on a single selection is enough of a challenge so finding several bets where you are confident the bookmaker has mispriced things really is a tough task.

However, for recreational punters looking for a bit of fun and the chance to potentially land a massive win without risking too much, these bets are a great idea. A multiples bet is simply any wager with more than one (unrelated) leg. The most straightforward type of multiple is an accumulator, where all the legs you add into the bet need to win and a double is the simplest of these, with just two selections.

The more selections you include, the more options you have and this is where multiples betting really gets interesting. You can choose to back every single possible combination of your selections from each of the singles that make it up, right through to the acca that includes them all. And you can also create a bet that includes any of these options in combination, so you might create a multiple with eight selections and back the eight-fold acca, all five-folds and all trebles… or any other combination you want.

Increasingly you do not need to tick “Include in multiples” to do this. Most of the best online bookies now offer all of the multiples automatically. So, get adding some selections to your slip and then you just have the tough task of deciding what sort of multiple bet you want to create.