Penny Slots: Which Slots Have The Lowest Minimum Bet? 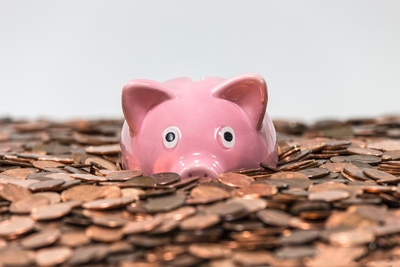 The online slots industry is worth billions of pounds. It’s a massive global powerhouse of an industry and the most lucrative sector of pretty much all online casinos.

One of the reasons why slots are so popular is that they cater for a huge range of players. You only need to look at what some of the more established online casinos are offering in terms of games – most have 500+ with some even hitting the 1,000 mark.

The games are many but they differ greatly in design and features, more so now than ever before. Slots often tempt you to play by highlighting jackpots that can be worth millions of pounds. This is great if you hit it, but you’ve usually got a higher chance of winning the National Lottery than winning a progressive jackpot.

Penny slots are games that buck the trend of having to play huge stakes to win large sums of money. The concept of these games has been around for decades and they were massive in the smokey casinos of Las Vegas throughout the 50s and 60s.

The online sector is awash with them, and they allow people with lower bankrolls to enjoy the same games that the high rollers do. One of the ways this is achieved is by allowing the player to adjust their stake per line. It’s not uncommon for slots to start from as little as 1p per spin and work up to £100 per spin, for example, for exactly the same game. This means the game is accessible to pretty much everyone and at a level that makes it interesting for them.

What is the Lowest Stake you can Play For?

It’s doesn’t take a genius to work out that the lowest amount that you can wager is 1p. This is sometimes referred to as 1 coin, usually because slots don’t carry a currency for the most part, so if you were playing in GBP, USD, or whatever, then you would assume 1 coin is 1 of your local currency.

With online slots you can adjust a number of factors within that game to change how much you bet per spin. This includes coins, coin value, and the number of lines in a game.

The game is going to charge you for each variable that you change here. The more variables that you add in, such as more paylines or higher coin value, then the higher that spin will be. It’s worth noting at this point that you’re able to fully control these settings prior to each spin and all slots will highlight exactly what each spin is going to cost before you hit the button, as sometimes it can get confusing.

One of the most popular penny slots on the market right now is that of Book Of Dead, which is a game that’s been designed by PlayN’Go and is based on the popular land-based slot, Book of Ra. 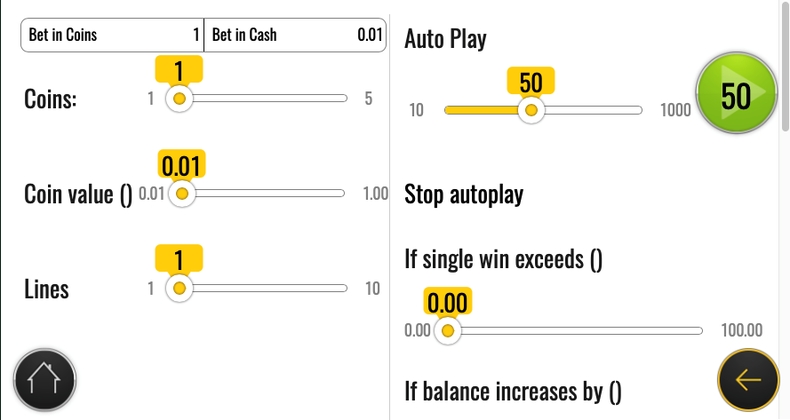 The table above shows you the settings page for that game and how the bet can be manipulated with each setting. As you can see, you just move the slider across to get your spin stake.

By default, games aren’t usually set to the lowest value. They are usually set higher than this so it’s up to you to change and make sure you are betting the lowest denominator. This is also why it’s not always that easy to see which slots you can play for just a penny a spin. To help you, we’ve listed a number of penny slots later in this article that should get you going.

Should you Always Play for 1p?

The problem with playing for just 1p is that, although you’re going to be playing great games cheaply, you won’t be covering all the paylines for that game. That means you aren’t buying the chance to access all winning combinations which makes it much more difficult to win anything.

Above we’ve included the pay table for the Book of Dead slot and, as you can see, it comes with 10 paylines. If we were to play for just 1p, this means we can only afford to play with 1 payline, which in this case wold be the 1st one in this grid. As you activate more lines they are added numerically in order of the cost of the spin. So, 2 lines adds payline 2, 3 lines adds payline 3 and so on.

Really, we don’t want to play with just 1 payline for our game or all the rest will be dormant. This means that we won’t be playing for a penny, but it also means that we are going to have many more chances of winning, which we can guarantee will make the games so much more enjoyable. Imagine the frustration of landing lots of inactive paylines and winning nothing when you could have won big. 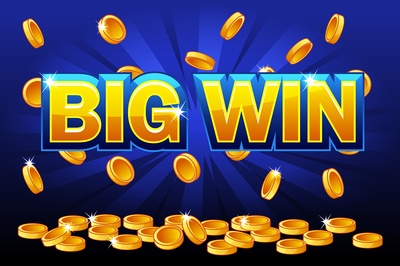 What you need to know about slots is that each works slightly differently from the other. Each game comes with a rating that is known in the trade as volatility. Volatility is the ratio of payout frequency to payout amount. Each slot is rated either low, medium, or high volatility, and from this rating punters can have some idea of what to expect before they start.

Given that you are going to playing for such small amounts, we recommend that you target high volatility games. We say this because a low volatility game will be paying back less than your stake with some bets. Less than penny is pretty much worthless, so you could be playing for an excruciating amount of time before you make any significant progress with your balance.

Another way of looking at these types of games is by considering variance. This basically means the average that you should win, not what you will win. Higher variance games are similar to that of high volatility games and we’d recommend that you take these on when staking low. 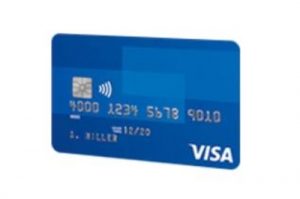 Since you’re looking to learn more about penny slots it’s likely you’ve a budget in mind. Most casinos will allow you to deposit for as little as £5, although this will vary from casino to casino. The bigger, more mainstream casinos are often much more lenient and accept smaller deposits than some of the independent casinos, so we would definitely recommend checking these out first.

Your deposit method will play a big role in this as well. The smaller deposits are usually only made available with cards such as VISA and MasterCard. There’s not always a huge amount of difference when depositing with the likes of e-wallets (PayPal, Neteller, etc.) but a common trend is £5 minimum for card and £10 minimum for everything else.

It’s not a huge jump for most people but if you are very low on funds then that difference could be significant.

What Size Bankroll Do I Need? 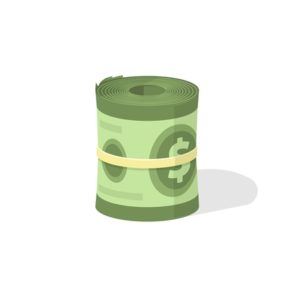 Whilst a penny is a tiny amount of money to most, the fact is that you still need to have a decent bankroll in place to play these types of games. You can easily get through 300-500 hands per hour on a slot if not more, and this soon adds up.

A good bankroll structure for 1p spins would be around about £100 for a good session, but as slots can be so volatile, you need to be prepared to lose this money before you start playing these games.

Obviously, the aim is to come away better off, but if luck is not on your side or if you get sucked in and keep playing when you should have walked away then you need to be ok with losing.

Are Penny Slots Worth Playing? 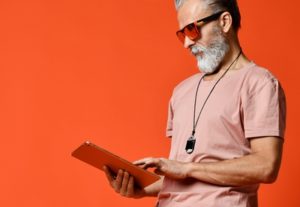 Whether or not they are ‘worth’ playing is subjective and will come down to each player’s individual circumstances, as well as what they want to get from the game.

If you like the thrill of playing slots and it’s not all about winning money, then playing these games for 1p is definitely worth it. You’re unlikely to go broke any time soon with stakes so low, and they are a great way to spend a good amount of time grinding out a ton of cool slots games.

If you’re looking to potentially be a bit more successful with your bets along the way then really, you don’t want to be playing for 1p. We aren’t saying you should avoid games that accept 1p per spin, far from it, just you should be looking at adding in extra paylines where possible.

There are pros and cons to for each scenario, but at the end of the day, only you can decide.

Which are the Best Penny Slots?

We’re glad you asked. Below we have listed some of our favourite games that you can play online right now for just 1p per spin.

These games aren’t just 1 coin and then a minimum of 10 payline games, they are penny slots in their truest form and all games start from 1p per spin. 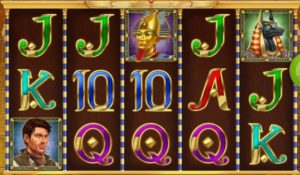 We’ve already briefly spoken about Book of Dead, but it has to be up there with the best penny slots available at the minute. The game is based on Book of Ra, which is a hugely popular land-based casino game.

The setting is Ancient Egypt, and the layout is a 5 reel, 10 payline slot. It’s quite a simple game, but it does include a free spins round and expanding wilds, which means that you can hit some big wins. It’s also got a 250,000 coin jackpot that can be accessed for bets as low as 0.10 coins per spin. 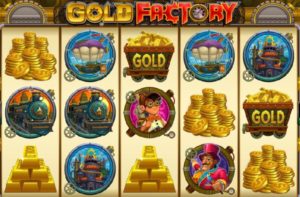 Gold Factory comes from Microgaming so it is one of the better penny slots that’s currently available. As the name suggests, this slot is all about mining for gold and it can come with some pretty lucrative rewards.

The game includes a big bonus worth up to £61,900 which can be triggered by playing the 1p games, which is great news. They also have a boiler room bonus and a bonus factory where you can get some big payouts. If you’re looking to crank it up a notch, then you can play for up to 50 paylines at 100 coins per spin. 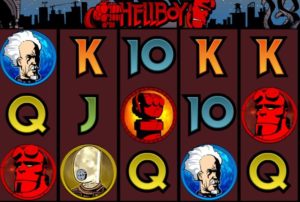 If you’re a fan of the comic book series then you are going to enjoy lots of references in this Microgaming slot that relate back to it, but even if you’ve never even heard of it before (where have you been?) we recommend playing the slot.

The game is a standard 5-reel, 3 symbol game. Minimum spins start from just 1p and you can increase the game to include 20 paylines and max bet of just 2.00. It’s quite a low volatility game, but it comes with free spins, bonus rounds, and a 10,000x multiplier for their jackpot which can be triggered with 1p spins. 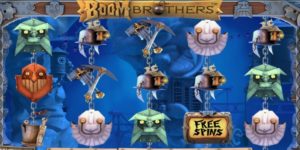 Boom Brothers is probably the most popular slot on the list and it comes from the studios of NetEnt, who just so happen to be one our favourite game developers. The game is based around a series of mining dwarfs, and whilst it may seem like an odd combination for an online slot, the game is really quite charming and the graphics about as good as you’re going to find.

In the 5-reel, 3 symbol game you will have the chance to play from 1p per spin up to £100 per spin. On top of this you get a free spins round a feature round which sets the dwarfs away to start mining and claiming the gold.