Is Virtual Racing Rigged or Can it be Trusted? 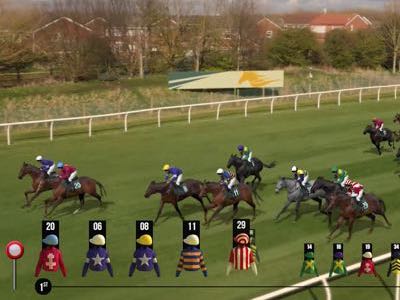 Horse racing fans have no real shortage of real-life racing to enjoy. Even within the UK, you will find there is racing somewhere in the country virtually every day of the year. Most of the time you do not even need to physically be there to see the action for yourself either. Many bookmakers today offer their customers a free live streaming service so you can watch any race to see how your selected horse(s) perform.

Despite having a very spread out schedule compared to most sports, horse racing is a long way from being available 24/7. Many race meetings overlap so there are many hours in the day where there is no action to enjoy. This is a gap that virtual racing can help fill and the computer-generated experience offers almost as much excitement at times. Some players have their concerns about whether such virtual games offer a ‘fair’ experience but as we will explain in this article, there is absolutely nothing to worry about on that front.

Can Virtual Racing Be Rigged? 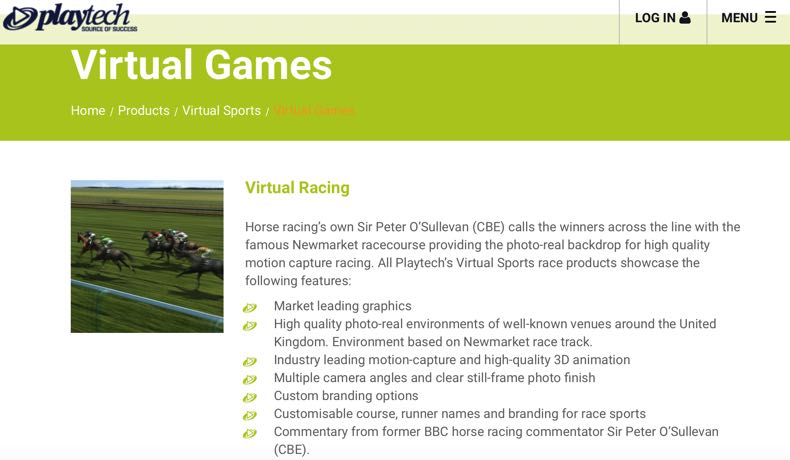 If you have ever searched online looking for customer reviews about certain casinos, you will no doubt have seen accusations of certain games being rigged. It is something that enters the mind of many gamblers when they hit a patch so rough that it seemingly cannot just be down to bad fortune. Although comments typically revolve around the likes of slots or blackjack, if these games can be manipulated then why not virtual horses too?

To some extent, it is hard to blame players for being a little suspicious. After all, most people know very little about how online games are made and regulated. As such, it seems that there is some potential to ‘rig’ the games whenever a casino or bookie sees fit. Doing so would allow for some nice extra profit but, as we will now discuss, this is not something they can feasibly pull off, partly because they have not created the game software themselves.

This is a very important point to make because bookmakers are not producing their own virtual racing games. For instance, gaming software giant, Playtech, is the company that supplies virtual racing for many UK bookmakers but there are a few other software companies, such as Betradar and Inspired Entertainment. Bookmakers simply pay the licensing fee in order to have these games on their website rather than producing them in-house.

How Is Virtual Racing Kept Fair? 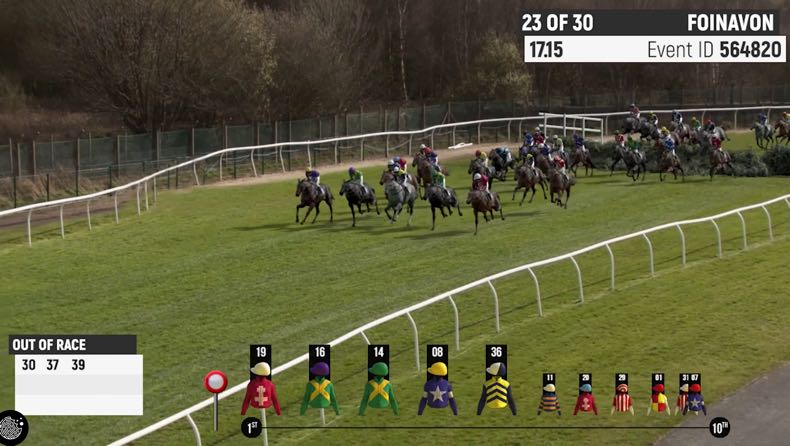 Virtual horse racing operates by using a random number generator (RNG), just like every other (non-live) casino game out there. This is what virtually guarantees a random outcome for every single race. How these RNGs actually settle on a value is complicated but it basically involves an algorithm and a seed number. Using the programmed algorithm, a long series of mathematical equations are solved in order to produce a new ‘random’ number.

Without going into too much detail, it is worth mentioning that the numbers produced are not truly random as pre-programming has been involved. This does mean that, in theory, it would be possible to predict the outcome of future races, if you could gain access to the seed number and decipher the algorithm. In reality though, this is beyond challenging given the security measures in place with these games. Additionally, even if manageable, this would only allow an individual to beat the system, not for the system to be rigged against everyone else.

RNGs are checked regularly by an independent body to ensure they are working exactly how they should. You cannot get any old person to test it either, software developers wanting to operate inside the UK need to have their virtual games checked by a UK Gambling Commission-approved testing supplier. These testing specialists, such as eCOGRA and Gaming Laboratories International, help protect consumers by ensuring games are indeed random and are free from any kind of potential manipulation.

Does an RNG Stack the Odds Against Me? 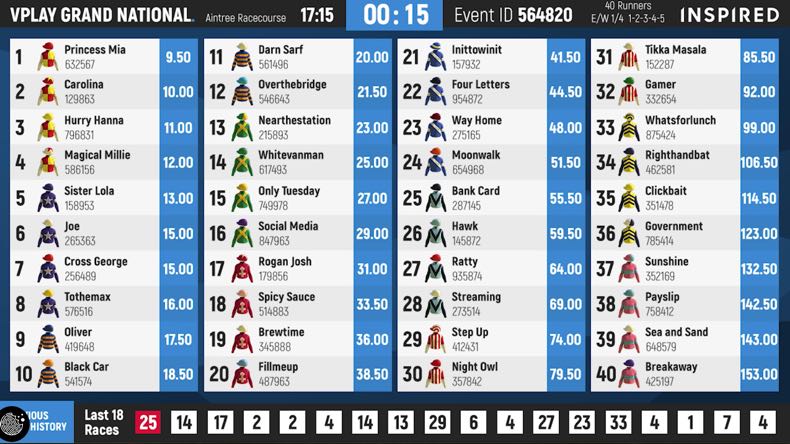 As explained above, an RNG keeps a game fair in the sense that it does not discriminate between players. If you bet big on horse number three to win, the game will not suddenly change the original outcome and make horse number three lose. Before placing your bets, the outcome has already been randomly pre-determined so you should be sure that your actions will have no influence on what happens next.

While randomness is assured though, this is not necessarily the same as being fair. Imagine you had a virtual race with eight horses, but all of them were trading at 2/1. This would ultimately be unfair for the consumers because they would very quickly lose a lot of money. We know that bookmakers and casinos do not run games in order to take a loss but just how much of a cut are they making on virtual racing games? Are the odds slightly in their favour or do players have virtually no chance of success over the long term?

The answer, as with all online games, lies with the return to player (RTP) percentage. If a game has a 95% RTP this means that over the long term, a player with average luck should receive 95% of the money back that they put in, and hence end up 5% down overall. Every RTP you will find will be under 100% and it is for this reason bookies simply do not need to rig the system. The system is already in their favour so they will earn money without any sort of interference.

You should always be able to find the RTP for a game you are playing although sometimes you may need to look in the terms and conditions. For Playtech, popular bookmaker Coral inform us that the RTP for their virtual horse racing game is 90%. For Inspired Racing’s virtual offering, the RTP varies between 92.1% and 80%, depending on what type of bet you place. For reference, this is a little lower than what you would find for a lot of the more traditional casino games such as slots where a typical RTP is around 95%. For blackjack, the house edge is even smaller, often a mere 1%, hence the RTP can be around 99% (providing your strategy is sound).

For anyone who is still not entirely convinced virtual racing is fair, just remember that the gambling industry is well regulated with hefty fines coming the way of sites that break the rules. If it transpired that one bookmaker was cooperating with a software developer to create a ‘rigged’ game, the fallout would be huge. Virtual racing compromises such a tiny amount of revenue for most bookies/casinos yet the punishment and damage to their reputation would be massive.

In addition, the house edge built into virtual racing means it is always going to be profitable. As a result, there is absolutely zero incentive to try and further modify the system given the huge risks (and relatively small rewards) involved.