Is Bingo Considered a Form of Gambling?

A massively common question that we come across is whether or not bingo qualifies as gambling. It’s one of those softer games that doesn’t really feel like gambling as it is so light hearted and the tickets are so cheap, but if you play for money, regardless of the amount, that is gambling.

Here is the official definition of gambling:

Not all bingo games include money though.

Many people play for free and you can even play games at home which you have set up yourself just for some fun. If no money changes hand, then this is not considered gambling.

Why Does this Question Come up so Often? 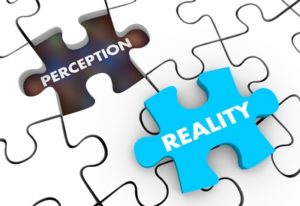 The main reason is the stigma that is attached to gambling, and also to a lesser degree that of bingo. When some people who don’t gamble think about what it means to bet, they often conjure negative scenarios like losing lots of money and problem gambling, which are not the reality for most of us.

Of course problem gambling is a real concern and not to be swept aside – many people’s lives have been wrecked by gambling habits and these are generally the stories that are printed in the newspapers, rather than someone who’s just quietly won £250,000 and been able to retire on that money. The way gambling is reported forms public opinion.

On the flip side most people are aware of how bingo works. They’ve likely played it at some point, even if it was just a social game with no money involved. It’s associated with sweet older ladies who go with their friends to have a couple of drinks and a bit of fun. These people can’t possibly be associated with the casino player or the sports bettor, right?

Well, they are actually all in the same boat. If they are playing these games or placing bets for real money, then they are gambling. But it’s the stigma that is attached that causes the question of whether or not bingo is gambling to be asked so often.

What if you are Playing for Free Money? 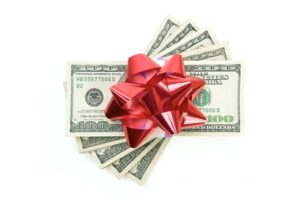 One of the most lucrative bonuses that you can get is the no deposit bonuses. This is where the bingo room will give you free money to play with just for registering a new account. You can then take this money and play a wide range of games on the bingo site with no strings attached.

In one sense, since you aren’t playing with your own money – as you were gifted the funds from the bingo room – you could argue that this wasn’t gambling on your part. But you are still playing for real money, wherever it came from, so it is technically still gambling.

You’re also going to be playing a game where other players are playing with their own money, and that money still contributes to the pot.

Is Bingo Regulated by the UK Gambling Commission?

Yes, bingo plays a big role in the work that the UK Gambling Commission do and this will be the same for other governing bodies around the world in their respected countries.

It’s the UKGC’s role to make sure that all bingo sites are safe and proper. They set out very strict guidelines as to what the bingo sites need to do to gain a license and also what they can’t do. The players safety, safety of their funds, and the fairness of the games are all part of the licensing process, which each site needs to pass.

The UKGC will play an active role in how each bingo site is run. They will constantly monitor these companies and they are also made aware of any complaints that have been made by customers. If they find that a severe breach of regulation has occurred, they can even impose penalties on the bingo site in order make sure that these short fallings don’t happen again. If a site is continually in breach of their terms then they may have their license revoked.

As the UKGC are so active with bingo, it does outline that they obviously see the game as gambling. If they didn’t, then they would have no input as to how they game was regulated.

How Does This Apply to Charity Games? 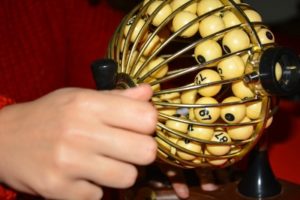 Charity bingo games are really common, and the UK Gambling Commission do have rules in place for these games. There are two classifications that the UKGC outline:

The first part requires an equal chance to win for all players. Bingo meets this classification as the order the balls are called is completely random. The maximum that a player can be charged for this is £8 and then the maximum in prizes that can be dished out is £600 for the day.

Proceeds from these games must not be used for private gain and they must all be given to good causes.

Alternatively, someone can run a bingo night where the prizes that are up for grabs are made known prior to the event taking place as well as where the proceeds will be going; these prizes will be physical items as opposed to money.

With both of these scenarios the UKGC does not require the premises, person, or company holding the event to carry a license. This is basically saying that they don’t class this as gambling, given that the money is going to charitable causes rather than personal gain. They don’t tax these games either, for obvious reasons.

How do Things Differ in the US? 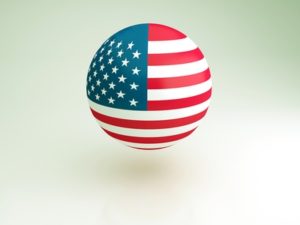 We realise that most who are reading this site will be based in the UK, but we also realise that people may be travelling to and from the US where the laws are different.

In some US states they do declare bingo as gambling and in other states they do not. The set-up is different to the UK as we get one legislation for the whole country, but in the US they have federal law and local law, meaning that some rules can differ from one state to another.

The whole process in the US is highly confusing not only do different states have different rules, but there are also some areas within states that allow it gambling while other areas do not. On the whole, bingo is seen as gambling over there like it is in the UK, which means that the majority of the US has it banned.

However, given that there is so much of a grey area surrounding gambling in the US, there are only a few states that have it banned outright. These are:

All other states are yet to make a stance on what route they want to take, but under federal law it is illegal. However, this is not enforced, so it does happen. Confused much? Well, the majority of American’s are too, so don’t worry about that.