How Does Trap Betting Work in Greyhound Racing? 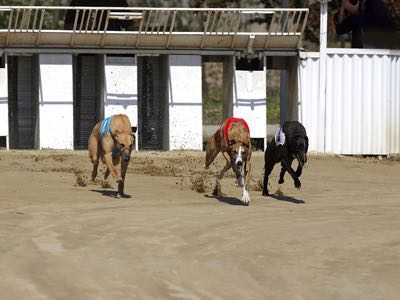 For some sports, punters can access tens or even hundreds of betting markets, but you will not find such a long list when it comes to greyhound racing. Bookmakers do offer a small selection of possibilities outside of a win only flutter though including the likes of placing a forecast or tricast bet or betting without the favourite.

Although not present at every bookmaker, you may also find you have a couple of trap betting options to choose from. In this articles, we will look at exactly how these trap betting markets work, as well as when you will want to use them.

What Is a Trap?

Just in case you are unsure what we mean by the term ‘trap’, it is a metal cage placed on the starting line. Prior to the start of a race, each dog will enter their designated trap and when the race begins, the trap door will fly open, allowing the dogs to start chasing the mechanical hare. Each trap will be clearly numbered, usually from one to six, with trap one being on the very inside of the track and trap six being on the outside. When looking at a racecard, the number beside the dog’s name indicates what trap they will start the race from. Trap allocations are set in stone once allocated so there is no chance of any of the dogs switching positions.

Now, you might well be wondering how a winning trap bet differs from simply betting on a dog by its name. After all, the odds (if not showing as SP) are usually exactly the same. Here is a very standard-looking example from a race at Harlow comparing win/each way odds with the winning trap market. 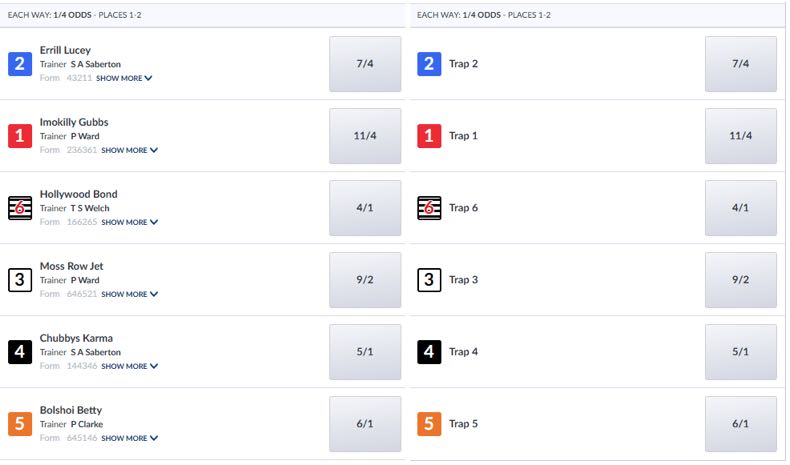 Despite the identical odds, there is a key difference between the two markets. If one dog fails to take part for whatever reason (for instance they refuse to go into the trap or somehow become injured in the build-up to the race), and a reserve runner is called-upon, a trap bet is still active. This is because there will still be a dog running from the trap, even if it is not the one that was initially meant to be racing from there. If you bet on the dog itself, however, and they withdraw, then your bet is simply a non-runner and you will get your money back. Your bet will not carry over to the reserve runner.

It is not an especially rare sight to see a dog declared as a non-runner and its vacant space taken by another greyhound. As such, it is good practice to choose the right market when placing your bets. If you are primarily betting because of the quality of a specific dog, then you should stick with the standard win only market. If, however, your bet is more shaped by an advantage you see in a particular trap, then you may want to switch markets.

Additionally, if using a free bet, or needing to register a bet to qualify for a promotion, a trap bet gives you a little more security as there is less chance of it being marked void. There is still a chance though as there is no guarantee a reserve runner will take the place of the missing runner in that trap. Non-runners are usually replaced given enough time but occasionally you will see a race with just five runners because no replacement has been found. 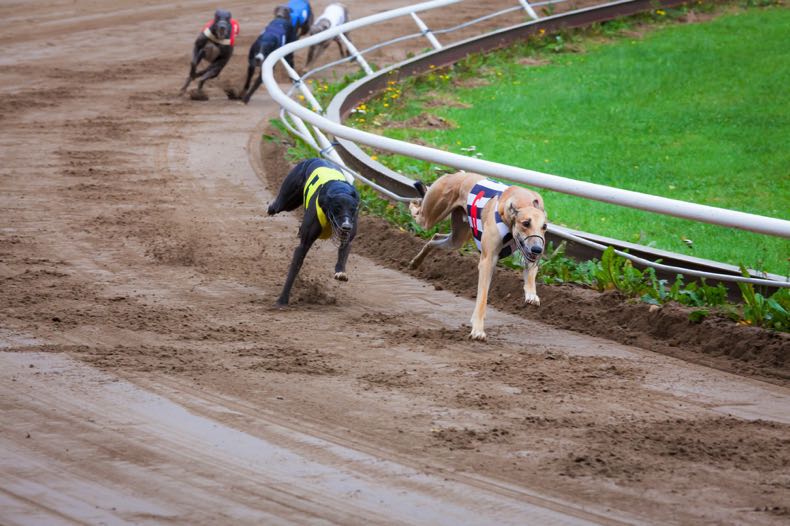 As well as betting on the trap from which the evenutal winner will emerge, there are a couple of other trap-related markets offered by some bookmakers.

For inside v outside trap betting, you will need to decide if you think the winner will start from traps one, two or three (inside) or traps four, five or six (outside). These are the only two options that will be available and outside will always cover the largest numbers.

Sometimes this bet will be close to 50:50 but in cases where both the first and second favourites are drawn on the inside, you could be looking at rather short-odds. This type of bet is particularly good if you cannot decide between two dogs and they are both either drawn inside or outside.

Alternatively, you might think there are only three dogs with any realistic chance of winning the contest, and they all happen to be starting on the outside. It is possible to see ‘inside v middle v outside’ as a market too, in which case there will be three available betting selections, but this is less commonly offered.

Odd v even betting works in almost exactly the same way as outside v inside, only rather than one to three versus four to six it is a case of one, three and five versus two, four and six. If you were to put your money on even, then you will be paid out providing the winning dog started from either trap two, four or six. The remaining order is irrelevant as it is only the winner that determines the fate of your bet. As with outside v inside bets, the market for this can often be close, even completely level, or it can heavily favour either side.

For those of you seeking a bet that lasts more than just one race, attempting a trap challenge might be right up your street. For this, what you need to do is select the trap you think will record the most winners during a particular race meeting. Usually this will cover all races at a particular course taking place that day.

You may want to simply bet on a hunch for this but in most cases, punters will give themselves a fair amount of time to mull over the options. This is because to do this market properly, you need to look at every included race which could easily be 10+. The example below at Crayford included 14 races so you would need to pick a trap responsible for an absolute minimum of three wins, but quite possibly four or five. 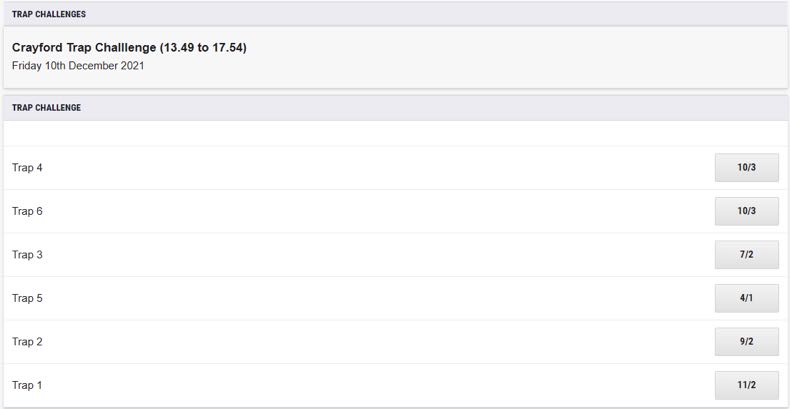 In the not all too unlikely event that two (or more) traps end with the same number of wins, then standard dead heat rules will apply. Trap challenge betting can be a particularly fun option if you are attending the races as it gives you something to cheer on in every race without having to place numerous bets. You can also end up celebrating some surprise victories along the way simply because you are in with a chance (no matter how small) in every single race.