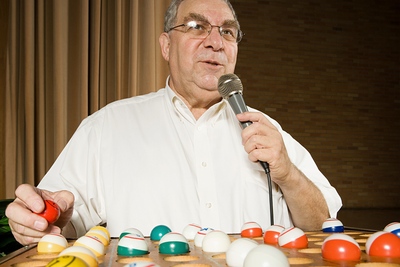 The high street used to be flooded with bingo halls. In fact, at their peak there were over 1,500 bingo halls throughout the UK. This number has vastly reduced since then, with factors such as the growth of online bingo, the smoking ban, and the introduction of the National Lottery being major contributing factors.

That being said, there has been a bit of life injected into high street bingo halls over the last few years, and since 2015 the numbers have remained pretty stable for the first time in recent memory. In fact, 2016 saw the first new bingo hall open up in almost a decade, which shows that there is life in the old dog yet.

The spread of bingo brands is a lot less than it used to be, with a lot of the independent halls either being sold off to their larger competitors or sold off to developers to be demolished and the land used for houses etc.

Below we have created a list of those still battling it out in the industry, along with a little information about each of them.

Mecca are one of the oldest and probably best-known bingo brands in the industry. They have been running bingo halls since 1961 and were one of the first to take advantage of the legalisation which allowed gambling on the high street. It’s a testament to them that they are still around today, especially in a tough industry that must have been hard to stick with through some pretty dark times.

At the minute, the company are currently running 86 bingo halls that are spread across major towns and cities throughout the UK. The company, formerly known as Top Rank, are now owned by that of The Rank Group, who also own several other gambling companies in the form of Grosvenor Casinos and Enracha, with the latter being a Spanish online gambling site.

The company was founded by Eric Morley who was a British TV host and interestingly, was also the founded of the Miss World pageant. He took it upon himself to renovate a number of derelict dance halls that were a sign of times gone by, and then populate them with bingo games. He took advantage of the lift in the Gambling ban and was quickly able to create a massive business, opening bingo halls throughout the UK.

The takeover from the Rank organisation was for a reported £512million and took place in 1990, after several failed buy out attempts previously. The company have felt the full force of the decline of the bingo industry, although remarkably have only closed 9 bingo halls to date – but it still lead to 230 jobs being lost between the 9 halls.

The move to a more technologically advanced bingo hall came about in 2014 when they introduced tablet devices for players to use within the hall. This is all on the back of the government relaxing taxes on bingo halls from 20% to just 10%.

When the name change from Top Rank to Mecca Bingo came about in 1997, there was outrage from the Muslim community who were furious that the name Mecca had been used in relation to gambling, something that is strictly forbidden in their culture.

Gala Bingo is another of the more popular bingo brands and likely one that most people will have heard of, but the company have a fairly complicated past full of takeover deals and then a rebranding as well.

As it stands, they currently have 24 bingo halls that are trading under the Gala brand, but the company used to have a lot more before selling a huge chunk of their business and their bingo sites to that of Buzz Bingo.

Gala were formed in 1991, and originally they were set up as a division of Bass PLC, who incidentally were more famed for their work as a brewery than anything to do with the gambling industry. Nevertheless, Bass had been able to form a fairly strong foothold in the bingo sector leading up to the launch of Gala.

They had acquired several companies from about 1983 onwards, including Coral, Thorn EMI, Zetters Leisure, and also Granada. By 1991, at the time that they purchased a total of 74 clubs from Granada for £147million, they were tied with the Rank Organisation, and formed a brand called ‘Gala’. They now had 165 bingo halls at their disposal throughout the UK, making them the biggest bingo company in the world.

The Gala company eventually started standing on its own two feet, and by 1997 a management company within Gala bought all 130 bingo halls that were still open for £235million. They were now independent.

Gala kept growing following the takeover and by 2001 they had added another 70 bingo halls to their huge portfolio. By this time they were the biggest bingo hall company in the world once again, and by some distance too.

The first of several takeovers came about in 2003 when Candover and Cinven bought them for £1.24billion. By 2005, a stake was bought by Permira, which then valued the Gala group at a massive £1.89billion.

But it was the purchase of the Coral Eurobet group for £2.18billion in 2005 that really proved just how strong a player Gala had become. They were able to march brazenly into a different sector of the gambling industry and buy out one of its biggest brands, which was a surprise for many but impossible to ignore.

At their height, the number of clubs that were running under the Gala brand was 174 back in 2007, but the smoking ban of the same year saw around 30 of those wiped out in no time at all.

A final buyout came in 2015, when Gala Coral was acquired by Ladbrokes, who at the time were a slightly larger group. The bingo wing of the business was not part of the deal, however, and so 130 Gala bingo sites were sold privately to that of Caledonia Investments, for a fee of around £240million.

These sites have since been rebranded (see Buzz Bingo below), but there are still 24 sites that are running as Gala bingo right now, which are owned by GVC Holdings and keeping the brand’s heart beating, albeit it quietly, for now. 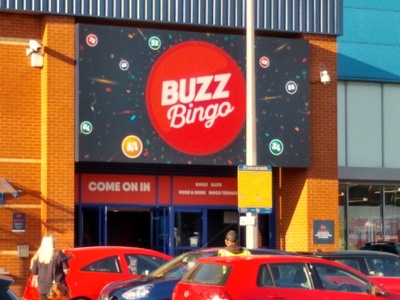 Buzz Bingo has only been about since 2018, but they are now one of the biggest bingo brands in the country. In fact, they have more bingo halls than any other company in the industry.

This is all because Buzz bingo is owned by Caledonia Investments. As you will have noticed if you read the piece on Gala above, we spoke about Caledonia purchasing the vast majority of bingo halls from Gala in a deal worth £240million.

It was decided by the company to total rebrand all of their bingo halls for a fresh start, changing the name from Gala to Buzz Bingo. The changes were implemented in September 2018, but they haven’t wasted any time since making the decision, with lots of the sites getting major refurbishments bringing them more up to date.

Whilst Buzz Bingo doesn’t have any sort of history that we can speak of, let’s tell you a little bit more about the company behind them, Caledonia Investments.

They were set up in 1928 and are a UK investment trust company based in London. The company has taken on many acquisitions and purchases over the years, including British and Commonwealth Shipping Company Limited, Clan Line, Union-Castle Line, and several others.

The name change from Foreign Railways Investment Trust to Caledonia Investments as we see today, came about in 1981 and also brought about huge diversification into what they invested in, with online gambling becoming a big part of this.

The future of Buzz Bingo is yet to be told, and Caledonia Investments are keeping any plans they might have close to their chest, but an online version of Buzz Bingo has launched with some short-term success, and that points towards them making a go of things. Having the largest share of bingo halls in the UK, you do feel that the future of the industry will lie with them to some degree, but it remains to be seen how many halls will still be open after another decade.

Club3000 is one of the smaller bingo chains with just 16 halls to their name. They are a family run business and have been in operation since 2006. Interestingly, they got in at a time when the market was starting to really bottom out following the smoking ban, but were able to build up from that low point to what they are today regardless.

What’s been impressive to see from Club3000 is that although their growth has been slow and steady, it has been consistent. They were able to pick up 7 new bingo halls from a purchase deal with Buckingham Bingo, and in 2019 they pledged to open 17 stores by the end of the year including one at Ellesmere Port.

They have also been keen to invest in what they currently have as well. Over the last few years Brian Fraser, the owner of Club3000, stated that they had invested £3.5 million in their Walkden Club, £6million on their Preston site, and were ploughing another £7million into a new project that they were keeping tight lipped on, but stated a new site coming in 2019. This sort of investment into single halls is almost unheard of in recent years but does highlight how well the business is doing. 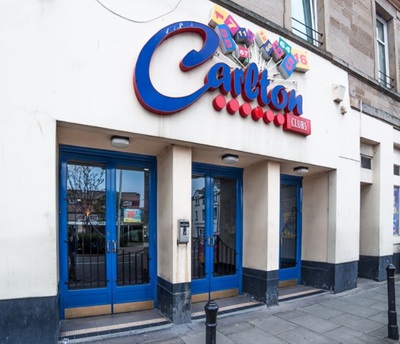 Carlton Bingo has been trading since 1998. They have been able to create a portfolio of 19 bingo halls that are located across the North of England and in Scotland. In fact, they are one of the most popular bingo hall brands in Scotland as a result.

The company was set up by Peter Perrins, George Carter, Brian King, and Chris Barr when they bought out Taylor Clark Limited. They were then able to renovate these sites and create state of the art bingo halls. By 2005 they were able to open their own bingo hall in Inverness and Dunfermline, before then switching their focus to online bingo in 2007.

Even though the industry has seen a significant downturn since they got involved in 1998, they have been able to keep all of their stores open throughout that time and are now even looking at starting to expand again.

Majestic Bingo have been about since 2014, so they are one of the youngest companies on this list. But they impressively already have a strong portfolio of 16 bingo halls across the UK.

The bulk of their bingo halls came in one go when they acquired seven halls from Seldis Cooper and eight halls from Apollo bingo. They have been able to add one further bingo hall so far, which is that of Grand Bingo in Nuneaton, taking their overall tally to 16.

In 2015 the company announced that they would also be taking their brand virtual with the launch of the online and mobile bingo site. They also claim to have raised over £100,000 for various charities and local businesses since their inception as well.