Has Anyone Won the Lottery More Than Once? 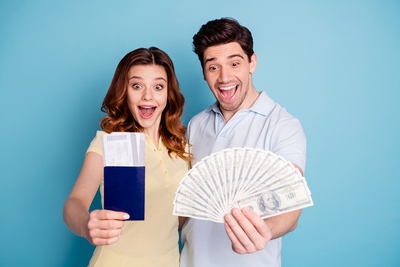 Most of us can only dream of winning the lottery. It doesn’t necessarily have to be jackpots that make us rich these days either, with plenty of side games and raffles that make people millionaires overnight. The lottery bug is one that doesn’t ever go away for some people, and even though you need to be extraordinarily lucky to win, we all know that if you aren’t in it, you can’t win it.

Even though your chances of winning the lottery are around the 100 million to 1 mark it doesn’t put us off, but that makes winning it more than once seemingly impossible, into the hundreds of billions to 1 mark. But amazingly, some lucky folk out there are able to stake the claim that they’ve won on multiple occasions.

Even though the feat is unlikely, the odds of winning each individual lottery draw will never change. Someone who has won previously will have just as much chance of winning next time as every other person who buys a ticket. Here’s a list of some notable winners that have won on the lottery more than once – try not to get jealous! 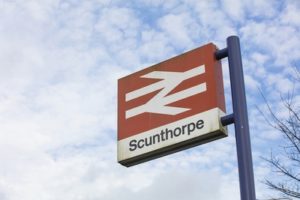 The pair from Scunthorpe first celebrated a big win in 2014 when they realised that they had won the millionaires raffle on the EuroMillions. This is part of the main draw but doesn’t include the balls; instead, for each ticket that you buy you get a raffle number which is then drawn alongside the main draw. Match the numbers and you win £1 million.

What’s even more amazing about this is that they were able to repeat the feat just 12 months later. David had said that he had seen they were making an additional 10 millionaires from that week’s draw, so he went into his local shop to place their regular numbers.

As part of the prize the couple were also able to claim a top of the range Jaguar as well, adding around £60,000 worth of value to their ticket. They had claimed that after the first win they had always felt like they would win again, and they did. 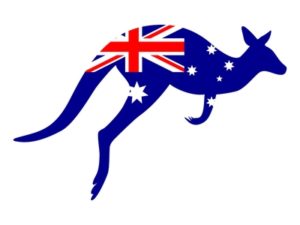 Bill Morgan became something of a local celebrity. The 37-year-old Australian truck driver shot to fame when he found out that he had won a car from a $1 scratch card in his local petrol station.

Morgan was actually on the mend after a massive heart attack during which his heart stopped for almost 14 minutes. His recovery and new lease of life lead him to try his luck on the lottery, given the luck he had just had in staying alive.

After news got out of Morgan’s win, a local news crew got in touch to cover the story and then go back to shop to recreate what had happened. Morgan then purchased yet another ticket, just for effect, scratched off the card, only to reveal that he had won an additional $250,000. The best thing is that it was all caught on camera and even when people called out that it was set up and fake, the Australian Gaming Commission confirmed that it was in fact a genuine scratch card.

The video is available online, go have a look at his reaction! 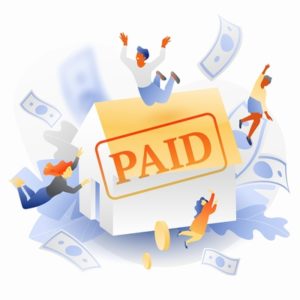 Robert Hamilton first struck gold in early 2014 when he bought a ticket at his local convenience store for the upcoming state lottery. His numbers came up and he was the recipient of a cool $1 Million.

Hamilton was able to pay off his debts, including his mortgage, and also gave some of the money to charity. It allowed him to live a comfortable if not a lavish lifestyle, but he decided that he was going to keep playing the lottery and bought another ticket just a few months later.

His numbers unbelievably came up once again and he was awarded another $1 Million. The state said the odds of winning two of the same tickets within such a short period of time were around 1 in 2.1 million. 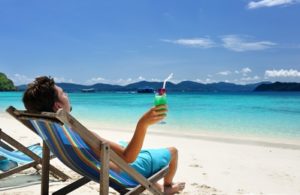 Racey Pel’s link with the lottery in the United States is one that is highly curious. His first win was huge, bagging over $50 Million from his winning ticket. What was crazy is that he didn’t actually cash the ticket in for over a week as he was so busy with work at the time.

However, what’s probably just as crazy is that he was able to win a second time a few years later, this time for the somewhat measly sum of $32,304.

Why this is so remarkable is because it begs the question: why would Pel, who had since retired on his fortune, carry on playing the game? He had more money than he could probably ever spend, so to keep going shows that he either loved he lottery more than life itself, or he just forgot to cancel his direct debit… 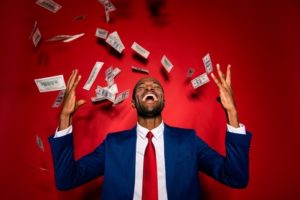 Calvin Spencer is another winner with astounding luck. His winning streak took place in the space of just 1 month, bagging three jackpot wins in that period. The first came about in March 2014 when he won $1 Million on the Powerball, a figure that he and his wife stated would change their lives and the lives of their family.

Their second win came about just 2 weeks later when they won $50,000 on a lottery pick 4 game. Just a day after this Calvin invested money into a scratch card game which bagged the couple another $1 Million.

As a result, he and his partner Zatera were donned as the US’s luckiest couple. He also went on to state that they were not done yet and had no intention to stop buying lottery tickets with hopefully more wins in the pipeline.