Dog Racing Tracks in the UK: Why Do They Keep Closing? 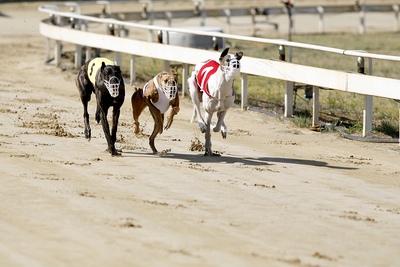 There was a time when greyhound racing was one of the UK’s most popular pastimes. Crowds would flock to one of the hundreds of dog tracks situated throughout the country, and the industry was thriving as a result. It was said that greyhound racing came second only to football in terms of popularity. At its peak, it could attract over 34milllion people to race tracks each year.

These days, sadly, if the numbers get over the 2 million mark then folk within the industry will class this as a successful year.

Many attribute the decline of the greyhounds to the increase in popularity of other sports such as darts, rugby, cricket and of course, football and horse racing. But the fact is that the sport has been in continuous steady decline for decades – the glory days of the late 1940s and early 1950s are long gone.

The number of tracks closing down has actually stalled in the last few years, which is good, but that’s probably only because there aren’t many of them left. The sport that once had over 100 dog tracks in the UK now has just over 20, which is an astonishing fall from grace.

Throughout this article we will take a look at what went wrong and whether or not the industry can be saved?

Greyhound racing had been taking place in one form or another since 1776. It used to work as a head to head race between just two dogs, often with a series of side bets placed by their owners and respected people within the sport. 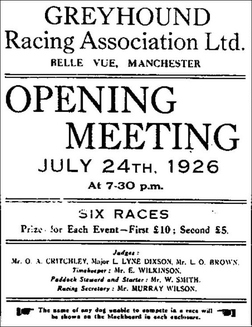 The official launch of greyhound racing with a more professional approach came back in 1926 when Belle Vue Stadium in Manchester first opened their doors. Thus, the sport began to resemble what we know it as today.

Greyhound racing was a huge hit in the UK and the growing interest lead to the formation of the Greyhound Racing Association, who basically governed the sport to make sure it ran as smoothly as was possible. This early success was highlighted by the fact that 40 other racetracks popped up within just 12 months of Belle Vue opening.

It was a popular outlet for the working class and was very much seen as ‘their’ sport, unlike the more elite horse racing that was also growing in popularity at the time, although already much more established. Greyhound racing was cheap to attend, offered the chance to have a bet, and created a thriving social scene as well.

In hindsight, the sport grew more quickly than it could keep up with, and this caused some issues in the coming years.

The rapid growth between 1926 and the early 1950s saw the country go from zero dog tracks to around 110 at its peak, and these became integral to the local community.

What’s more, whilst the figures we are quoting are that of licensed premises it is thought that another 200+ unlicensed tracks were operating up and down the country.

The difference between the two was essentially the care and attention given by the likes of the Greyhound Racing Authority (GRA) who also ranked, rated and graded each dog that was legitimately registered with them.

Big events like the Derby at White City were still drawing crowds of 100,000 as late on as 1968, and even the upper classes were getting involved, with Prince Phillip owning dogs and even Winston Churchill attending the odd race.

The Demise of the Greyhounds

What you see from a lot of sports is a slow, but steady increase in the uptake. Greyhound Racing, on the other hand, shot out of the traps and exhausted itself too quickly, before eventually running out of steam.

People sometimes quote animal welfare and even online betting as contributing factors in the sport’s decline, but the fact is that the down curve has been coming since the late 50’s when neither the internet or animal welfare were a factor.

The biggest issue came from the fact that the sport was predominantly aimed at working class people from the towns and cities. These places were often built to support traditional working class industries, and as these industries began to shut down or move out of the towns, the money simply wasn’t there to gamble or go and watch the Greyhounds.

As you can imagine, London was a hotbed of greyhound tracks. They were dotted around in a host of different boroughs, and each was capable of attracting huge crowds.

The London scene started to kick off in 1927 when work began on the first track at Wimbledon. The opening race got a bumper crowd of 22,000, which is staggering compared with today’s crowds, and highlighted how popular the sport had become.

At one point, London boasted up to 22 tracks which made up over a quarter of all the dog tracks in the UK, but the introduction of things like television and disco halls in the 1960s saw the first real drop off in attendance.

The first to close their doors was Wandsworth in South West London, in 1966. Three more followed over the next three years and the decline had begun. 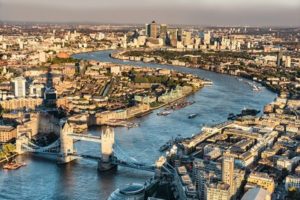 As London became more affluent and its’ working class population decreased, dog tracks started to drop like flies. By the turn of the Millennium, only a handful remained, and it was almost poetic that Wimbledon was the last track in the capital to close its doors for good, in 2017.

The problem in London is that space is at a premium. A dog track needs a large amount of space, and there aren’t enough attendees to justify the cost of a track in a place where every square meter costs a fortune; the land is worth more than the sport. This is highlighted by the fact that Wimbledon dog track was sold off to Wimbledon AFC who are to build their new stadium and up to 600 flats on the site. It doesn’t take a mathematician to work out how lucrative this amount of housing would be in a popular borough of London.

There have been rumours that certain tracks further out of town or in less affluent boroughs such as Romford could re-open, but nothing has come of these rumours to date.

The Internet to the Rescue

Whilst the internet is definitely one of the reasons why many people don’t bother attending these days, it’s also, rather ironically, one of the main reasons why there are still around 20 dog tracks open today.

Since 2010 numbers have actually been pretty stable for the first time in decades. Closures are very few and far between and there were even signs of expansion with a couple of independent tracks opening, although these didn’t last long.

One reason the industry has stabilised is that bookmakers have been buying these greyhound tracks for themselves. You see, betting on greyhound racing is still very lucrative online. Every day there are literally hundreds of races to choose from, and what you tend to find with online betting is that as long as there is a price, people will bet.

The fact of the matter is that the bookmakers need these tracks to stay open to keep their online empire running with net wins. A lot of tracks run at large losses, but the bookies know that they will make the money back from the online activity.

William Hill’s purchase of Brough Park in Newcastle in 2003 stimulated a number of similar takeovers from the likes of Betfred, Coral, Ladbrokes and other betting brands. They purchase tracks in decline and ready to close at a steal, run them cheaply, and feed the races into their online betting platform.

If this is how the sport is going then growth is debatable, but it has at least stopped the rot until something can be put in place as a long-term solution.

Realistically, the bookies need to reinvest some of their earnings into the sport if they want to see it becoming a genuinely successful market again.

As long as people are betting on it then greyhound racing will continue to run in some form. It’s too lucrative for the bookmakers to let die, and if needs be they will keep buying the tracks and running them at a loss.

The industry really needs a rebrand. It needs to shake the shackles of being a working-class sport and offer people an alternative to a nice meal in a fancy restaurant and a swanky night out.