Do You Pay Betting Tax in the UK?

Picture the scene. You decide one Saturday morning to open up a betting app of your choice and draw up the unlikeliest of accumulators, a 10,000/1 longshot which would take a miracle to be won but you decide it’s worth sticking a tenner on. In a stroke of fortune, every match in your acca has been a winner so far, but it all boils down to the late kick-off. Your team goes 1-0 down in the first minute, struggling for much of the remaining 90 minutes to find any goal, let alone the two they need to win. You’re just about to call it quits and accept defeat, but you stop and watch as an equaliser from a super sub veteran journeyman striker hits the back of the net.

Still not the win you need, but that’ll come very soon. A corner in the final 10 seconds with the keeper going up, whipped in, a scramble in the box ensues but out of nowhere the ball trundles across the line, the attacking keeper raising his hand in celebration. And it’s official. Your gamble paid off, you’re £100,000 richer than you were just minutes ago!

In a haze of unbridled joy as fists punch the air, a seed of doubt begins to enter your mind. It seems too good to be true, this money can’t be yours? Your mind harkens back to the old quote about life’s biggest certainties, and then one question begins to reverberate around your mind. You’re not going to be taxed for winning, are you?

Will You Be Taxed for Winning? 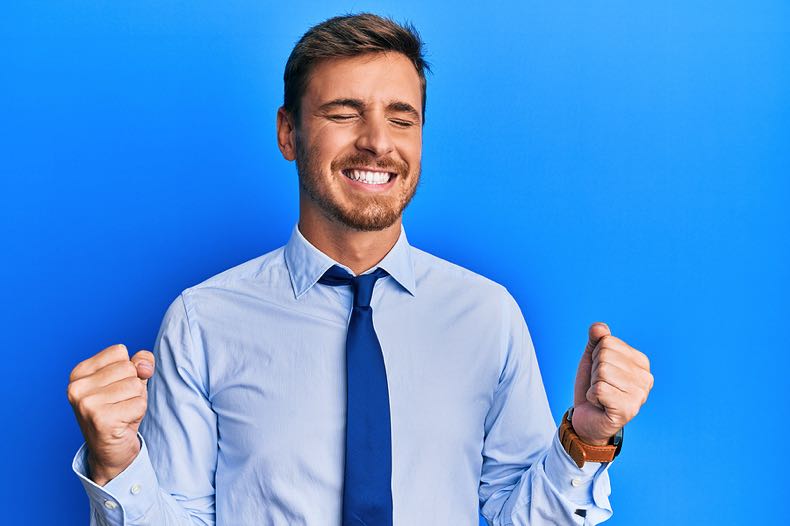 Rest easy! The £100,000 remains safely in your hands, the taxman won’t come calling anytime soon to claim a portion of your gambling winnings. Any form of gambling winnings, from a fiver gained from the pub fruit machine, to a National Lottery jackpot win, or even a successful 10,000/1 acca, are all untaxed.

Currently, the only way to pay tax on bet winnings in the UK is by buying a time machine, travelling back to a time before 2001 and placing a bet then. But why would anyone want to do that, even if they could track down a DeLorean?

It wasn’t until the 7th of March in 2001 that then-chancellor Gordon Brown announced a replacement to the original betting duty system, when he announced that UK-based bookmakers would be taxed on their gross net wins at a rate of 15%. Before this, the betting duty system in place at the time meant that betting companies were charged a 6.75% levy, which in turn was passed on to punters in the form of a 9% tax, with customers having the option of having either their stake taxed or their winnings.

Had you wagered a tenner on our hypothetical accumulator and picked the option of having winnings taxed, in the dark days pre-2001, you’d have had to part with a massive £9,000 of your winnings, which is certainly a disheartening amount to surrender after having had so much luck to win it in the first place. Arising from this, most customers elected for the option of being taxed based on their stake. This meant paying less tax but, of course, meant you were effectively taxed on every bet, not just winning ones. A 9% tax on a £10 bet meant parting with an extra 0.90p, certainly much lower than the £9,000 charged from selecting the option of having winnings taxed.

Brown’s change to the new system in 2001 didn’t come without its loopholes, however. Bookmakers were taxed in accordance to where they were based, meaning UK-based bookies were charged with high taxes, whilst offshore betting companies were able to pay much less, influencing some major bookmakers to move operations to low-tax countries such as Gibraltar, the Isle of Man, and the Caymans. As a result of these companies’ movements, the UK government missed out on a great deal of tax revenue, leading to an eventual amendment being implemented in 2014.

From 2014, the amendment shifted tax laws from being based around the betting companies’ location, to an approach where a company’s tax rules were defined by the point of consumption. In other words, tax being paid on the net wins of wagered bets at the location of the bet’s placement. This amendment ensured that any organisation offering betting services to UK customers were now liable to pay a 15% tax on gross net wins, as UK customers would most likely be placing bets from British locations.

This change is certainly one which appears to have paid off for the exchequer and between 2020 and 2021, £2.83 billion was raised in betting tax receipts. A clear increase from the £2.1 billion raised between 2013 and 2014, a time when the new amendment had just been announced and was in the early stages of integration.

All in all, and what really matters as far as punters are concerned, is that thanks to the post-2001 change in betting tax rules, the entirety of the £100,000 from your longshot accumulator’s win is safely secured in your pocket. That means the choice is yours to decide what to do with it and the taxman has to look elsewhere!

Betting Tax Laws in Other Countries

Should you decide after winning big at the bookies in Britain, to use your newly attained winnings to fund a move to start a new life abroad, you’ll need to be wary of the betting tax rules in whatever country you do end up deciding to move to. Not all nations have the UK’s punter-friendly tax laws. 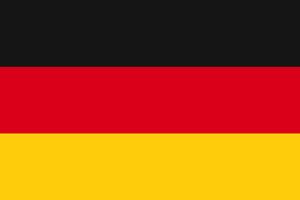 Germany is an attractive country for many, known for their scenic Black Forest, excellent bratwursts, and the high quality of their beers. It’s obvious why some people would want to move there, but it must be noted that those betting in Germany usually have to part with an additional 5% of the stake they’d already placed.

Should someone in Germany decide to bet large sums in the hope of getting lucky and winning big, they run the risk of losses being greatly magnified thanks to the additional charge to their original stake. 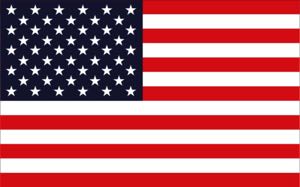 The USA is another example of a country restricting bettors through their tax laws. In the USA all income attained from wagering, be it in lotteries, poker tournaments or general sportsbook betting is regarded as taxable and must be reported to the IRS (Internal Revenue Service).

At the time of writing, the current amount required to be withheld by US tax authorities is 24% of a punter’s winnings. Even for the world’s richest man, 24% tax on betting income is a lot of money and something worth thinking about for those looking to move and start betting stateside.

Whilst casual punters might accept such a rate given any winnings are effectively bonus money, for more serious gamblers such a high levy represents a real problem. Losing 25% of winnings is a big chunk and makes things very difficult for those attempting to be professional gamblers, or simply those trying to maintain long-term success.

Listed below are just some of the countries where punters do not currently pay tax on their winnings. A quick browse through this list might provide some inspiration for your next move abroad in the event of your big bet winnings!

Illegal in Some Countries

As we have seen, some countries tax bet winnings, and others don’t. But another factor that must be taken into account is that countries, such as Lebanon, Qatar and the United Arab Emirates, to name just three, completely prohibit gambling and will prosecute anyone who does so.

For those hoping to move abroad but continue being able to bet, then moving to these countries would not be a recommendation! In addition there are many countries where gambling is heavily restricted. Whilst the US is increasingly heading down a more liberal road, it remains a nation with laws and rules that vary greatly from state to state. 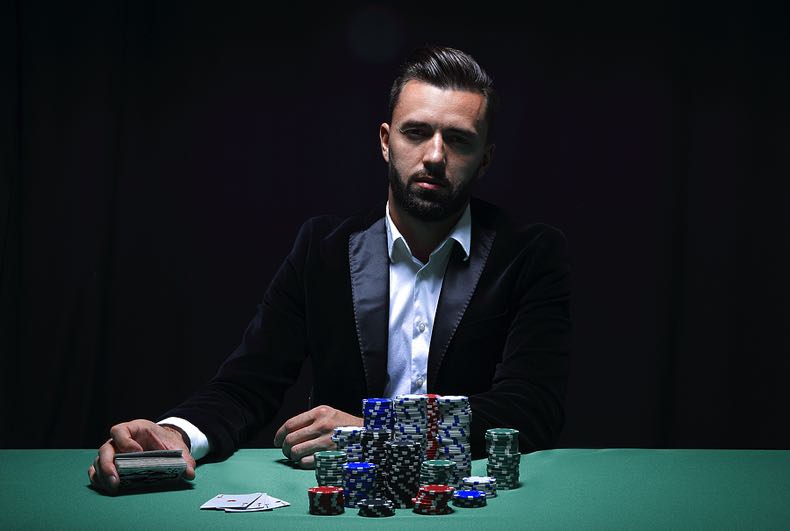 You might find yourself having a good run of form in the field of gambling, winning every bet in your path, and thanks to the tax-free nature of betting in the UK, you might consider professional gambling as a possible career path but may wonder whether it’s subject to tax like other full-time jobs.

Thankfully, for UK-based pros, HMRC does not regard professional gambling as a legitimate trade, quoted as saying ‘the fact they are sufficiently successful to earn a living by gambling does not make their activities a trade’, meaning ‘professional gamblers’ won’t be subject to the income taxes that other career paths often face. Combining this with the tax-free nature of winnings, many consider gambling a potentially lucrative career path, conducting vigorous research on various sporting events, and perfecting their betting success rates as they aim to make a living.

One of the main reasons that HMRC has been reluctant to tax professional gamblers is the extra admin and complexity it would bring. If winnings were taxable, losses would almost certainly have to offsetable. This system would be extremely hard to police at best and so any change to this approach seems unlikely.

However, there can be occasions where professional gamblers are subject to tax. An example of this would be with regards appearance fees for playing at particular tournaments, i.e. poker tournaments, with current tax laws regarding this type of income as a liable taxation point.

However, additional sources of income in the vein of appearance fees are completely optional and indirect to the untaxed money gained from betting success, meaning professional gamblers can decide to focus only on placing and winning bets as an income source if they want.

Should professional gambling be a career path consideration, keeping personal records of every win and loss would be a good idea. For one, it’s smart to know how much is being spent and won, ensuring that there’s an accurate reflection of whether net wins or losses have been made. In the event of losses being made, bettors can decide whether professional gambling is truly the right path for them, or revaluate their research methods in the hope of improving the success rate of their bets.

Keeping personal records would also be wise with regards any suspicions of hiding income from the tax authorities or involvement with money laundering. Being able use personal net win/loss records as proof of legitimate gains might come in handy, even though it is not technically required.

Will Things Change in the Future?

The implementation of a tax-free bet winnings system has thrust the betting industry to a greater level of attractiveness amongst punters. Although betting companies have to part with a sizeable portion of gross net wins, it can be questioned whether they’d be getting the volume of customers they currently get, were punters having to part with a share of their winnings like American bettors do.

Additionally, as is stands, there’s little for the government to be concerned about in regard to betting companies not paying their share of tax, as tax receipts from these companies continue to grow steadily and are well in excess of £2bn annually. As a result, there’s no real reason for tax rules to change to a system where bettors are taxed, especially given the necessary complexity if losses became offsetable.

In fact, an article by Forbes suggested that a system of taxing bettors would most likely end up bringing in negative revenues for the economy, the complete opposite of what taxes aim to do. All in all, if you’re planning and hoping to win big in the near future, the threat of the taxman knocking on your door should be the last thing you need to worry about. All you need to do now is find those winners!