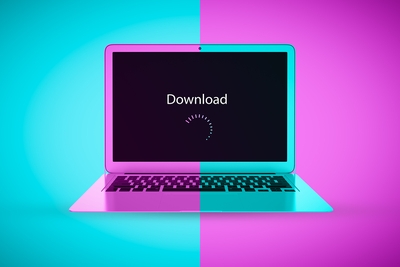 The online casino has changed a lot over the last 20 years or so. Like most things online, it’s been able to evolve greatly as technology has improved, meaning increased levels of playability and popularity.

Things have come so far that we can simply visit our casino of choice on either desktop or mobile device and be playing our favourite slot in a matter of seconds. Not only that, but payers have thousands of casino games at their fingertips.

But it wasn’t that long ago that these instant casino experiences were nothing more than a pipe dream. There was a time when the only way to access a casino and its catalogue of games was to download the program to your computer and then load it up each time you wanted to play. These download casinos work a little like a mobile app that we pin to our devices home screen.

Whilst download casinos are pretty rare these days they aren’t dead yet, and two of the biggest game developers’ in the industry, PlayTech and Microgaming, still offer this service to their customers. The technology might seem a little dated now and there will likely be some of you reading this that have never downloaded a casino in your life, but for some people they are still the preferred choice.

One of the main reasons this still happens is that they can offer a stronger performance in terms of graphics and gameplay. You see, the game developers are able to include larger versions of each game with a download. The reason flash-based casinos work is their speed, but they do take a dip in quality as a result.

You’ll find that with stronger graphics cards in your PC or laptop that you’re going to get a better quality game – for the most part anyway. If you think about it, especially the video gamers amongst you, where are you going to get the best-looking PC games; via a browser-based service or download from a disk/CD?

The answer is of course download. This is because the downloaded file can afford to be much bigger and holds more data. If the casino were to host files of that size on their server and subsequently require everyone to load them virtually every time they played, the games wouldn’t look half as good. The difference can actually be huge aesthetically, although the games will still function in the same way. 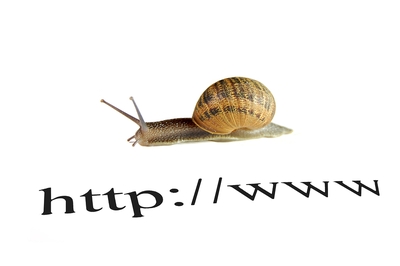 Another reason that people might choose to download over using instant play is that they operate much more effectively on weaker internet connections. If you download the games once then they on your computer until you take them off, a browser base would essentially download the game each time you played. If you were on a fast internet connection then you’d likely not see an awful lot of difference, but when using poor connections this can be infuriatingly slow.

Finally, with the download option you can become more submersed in the game. You can set it up so that the browser is full screen on your computer almost as if you were playing a computer game or watching a movie. It draws you into the world and is a much more engaging experience as a result.

When you use a browser, it can often be distracting and even tempting to jump between the different pages you have open. It could be that you miss an action you need to make or a big win. The browser could also stall or even crash, which is much less common when using a download casino.

The Downsides to Downloaded Casinos

The first and most obvious downside is that you’re only going to be able to play games from a single provider or developer. This means that if the casino you are using provides games from multiple games developers, which most do, then a download option either won’t be available or won’t showcase their full range.

The only time that a casino can offer a download option is when they are partnered with a single game developer like Microgaming or PlayTech. Luckily, these two companies are two of the best and they both offer a game package that stands up to pretty much everyone else. Even then, most casinos have separate sections (usually called Games or Slots) which host games from other developers that won’t be available on the download. 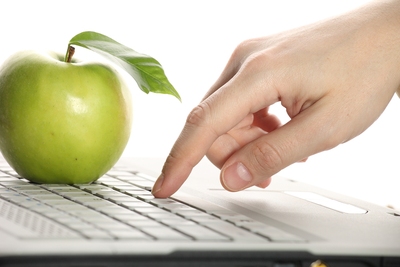 Another reason that many don’t/can’t use downloads is that they rarely work on Mac’s. That’s right, if you’ve paid thousands of pounds on the latest Apple Mac then there’s going to be a good chance that you won’t be able to download the casino.

There are ways around this, with programs like Parallels that allows you to run Windows or other operating systems on a Mac, but it does require you to be fairly tech-savvy to get it working.

You’ll have to bear in mind that the file sizes are going to eat into the storage on your computer as well. They generally aren’t huge, but if you’ve a lower spec computer or a notebook then you might notice the loss of space; if you’ve multiple casinos on your computer file sizes can really start to add up.

There aren’t a huge number of providers that are offering a download option these days, especially for UK based players. Luckily, two of the biggest players in the industry just so happen to offer a downloadable casino option.

There are few bigger names in the online casino sector than Microgaming. The company have been in operation since 1994 and still claim to be the first ever online casino, although this isn’t confirmed since many other companies opened their virtual doors in the same year.

Over the last couple of decades the company has gone from strength to strength, but it’s been in the casino sector that they’ve seen the majority of their success. Their catalogue of games is now comfortably over 1000.

The downloadable features are vast and offer a huge number of games from their entire catalogue, but as the company has started to move over to the newer HTML5 software there have been more and more games developed just for flash and browser based gaming.

One of the features that Microgaming offer is slot tournaments, and they are laid out in a group format. Players rack up points as they play and then the player with the most points at the end of the tournament wins. The three main tournament types are named reloader, survivor, and extender tournaments.

Microgaming are also one of the first online casinos to start incorporating Virtual Reality. They’ve not released any VR games to the mainstream public yet, but sources say that it shouldn’t be too long now. Another innovative step for the company.

In terms of historical innovation, there are few that can get anywhere near Microgaming. They were the first company to bring out a progressive jackpot slot machine, which now generates millions of pounds in prize money. In 2017 they reported that they had given away over €716million from their progressive games alone, which is a staggering amount.

They were also the first company to get involved with branded slots. The first on their slate was that of Tomb Raider, which had been a huge success in the gaming industry and would later do well on the big screen a swell. 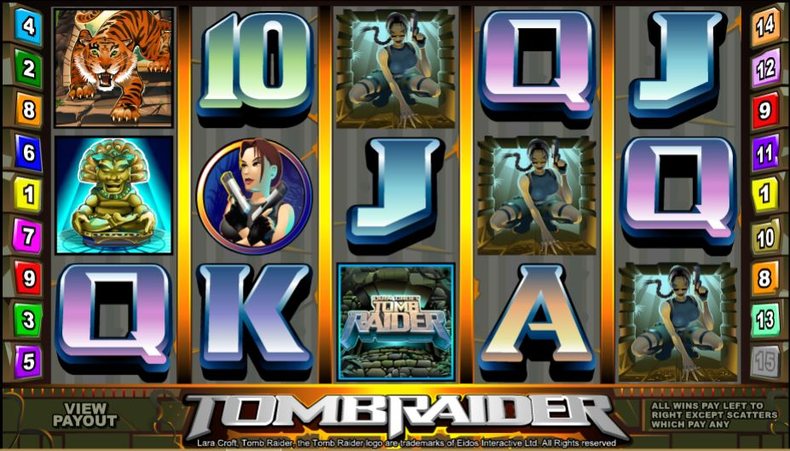 They were also keen to make the industry a fairer place for all involved. To do this they set up the e-Commerce and Online Gaming Regulation and Assurance committee who play a huge role in ensuring that casinos are operating fairly, but also that game providers are producing fair games for their players.

Even though many have ventured away from the downloadable side of things, Microgaming are still committed to offering a great platform to players who aren’t able or willing to access to flash based games. They actually state themselves that the best Microgaming experience is via the download casino, so who are we to suggest otherwise?

PlayTech was founded just a few years after Microgaming in 1999. This was right at the start of the online boom, especially for casino and poker games, two areas of the industry that have contributed hugely to Playtech’s growth.

The company have been able to work across every area of online gaming, including bingo, sports betting, scratch games, mobile gaming, live dealer tables, fixed odds, and of course, casino and poker. In 2018 they reported a revenue figure of £1.2billion which highlights just how big the company have become.

As one of the few companies to still offer downloadable casino content, they are in an advantageous position for casinos that want to tap into this market. They have a catalogue of over 700 games in total, with the vast majority of these being available on the download platform.

The company are probably best known for their work with branded titles, such as the DC comic collection. Games such as Justice League, Superman and The Dark Knight are just a few of the now legendary titles that they’ve been able to produce. 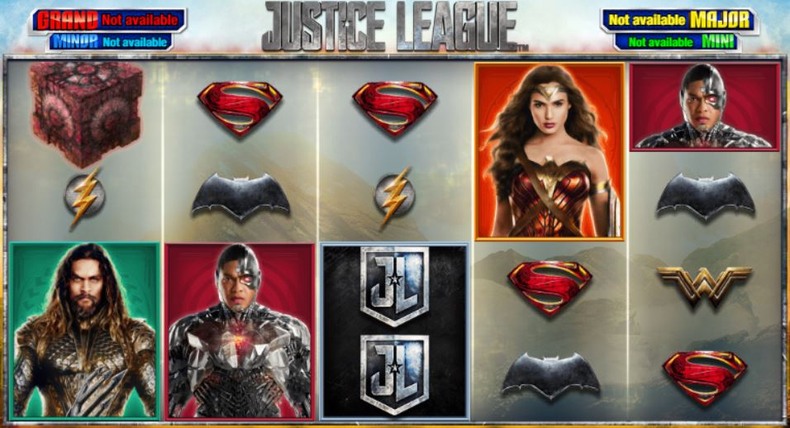 When you load these games on the downloadable platform, the graphics, sound effects, and playability of the games definitely switches up a notch. PlayTech have stated previously that they have more scope to create better looking games with the download casino, even though this is now a dying trend.

What PlayTech have done better than anyone else in the industry is know when to acquire and when to sell. Whilst they are game developer’s at heart, they clearly have a shrewd business acumen given the dozens of multi-million-pound deals they have cracked. Some of their current ties are with the likes of Origins (PlayTech Original company), Ash Gaming, PlayTech Vikings, Psiclone Games, Quickspin, SunFox, Eyecon, and Geco Gaming, to name just a few.

This may seem like an excessive number, but they all work as cogs in a bigger machine and are actually one big team, with each company bringing something different to the table in terms of expertise.

It’s something that has filtered down into their casino games and their downloadable content too. They’ve been as active as ever over the last 5 years and their stock has quite literally risen within the industry as a result. They now offer one of the best ranges of slots and there are few companies that can get anywhere near them. 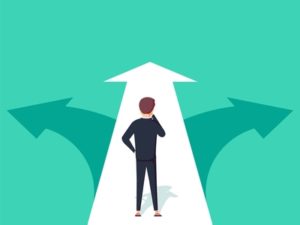 There is no doubt that downloadable casino games are becoming old-tech. Whilst the likes of PlayTech and Microgaming still offer this as part of their package with other casinos, the fact of the matter is that fewer casinos are utilising this technology.

The problem they have is that they can’t develop games for instant play casinos to as high a standard as they would like. It’s almost as if the best they can offer here is a ‘light’ version of each game. The best quality still comes from the downloadable casino.

If it were just a battle between download or instant play then you’d have to argue that download casinos would be around for many years to come, but there are three in this race now, with the other being mobile.

Mobile casino games are going to change everything. There will be a time when developers are solely concentrating on making these games work and look their best on mobile. The numbers are already ramping up, and year on year mobile casino participation is growing.

Are download casinos dead? No. Will they still be around in 10 years’ time? Probably not.