Can You Bet Whilst on Holiday Abroad? 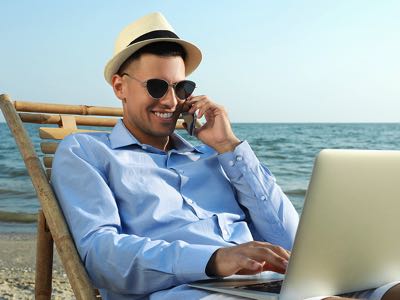 If you are on holiday, there is a fair argument that you should probably take a break from betting. Soak up some sun, check out an old church, get blind drunk on mojitos and then recover with a full English by the beach or explore the local old town. Whatever takes your fancy.

That said, there are many reasons why you might want to make a bet or two on holiday and if you do, then why not? As long as you bet responsibily, holidays are about having fun and doing what you love and if you love drinking beer, watching football and having a bet then go for it. Equally you might receive a hot tip for the 3.50 at Kempton from a mate whose mate’s cleaner’s daughter is a friend with benefits of the jockey’s brother (how could such a tip possibly lose?). Or you might just be sat bored in a hotel or airport, waiting for your transfer to the airport or flight and fancy watching a bit of tennis with an extra bet to make things spicy.

So, there you are in Marbella, Koh Samui, a stilted bungalow in the Maldives, the 89th floor of your Manhattan hotel or wherever else your holidays have taken you. You fancy a bet. But can you actually have a bet in these places? 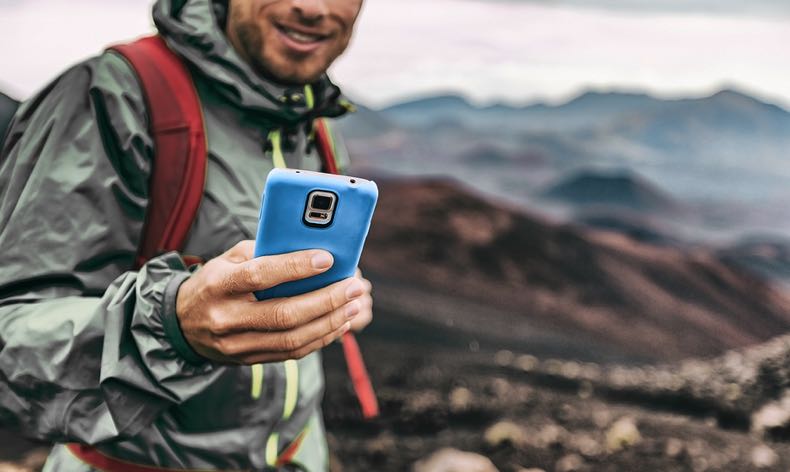 If you fancy a bet, depending on what country you are in you may have the option to make your wager with a local bookie, casino or other operator. For example, should you be in a casino in Las Vegas, you should be able to make a bet on most sports, whilst in Australia, you can stroll into the local TAB and make your wager in person.

However, assuming you want to make a bet with your favourite online bookie via the app on your phone, is that possible? There are essentially two issues to consider that may well be linked. First, is it legal? Second, is it possible?

Is It Possible to Place a Bet on Your Phone from Abroad?

Confusingly, we’ll start with the second of those issues because if it isn’t possible, it doesn’t really matter whether or not it is legal. For a range of reasons but chiefly due to legality and licensing, bookies may restrict access to their sites from certain countries.

Different nations have differing laws when it comes to betting, as well as varying levels of regulation and licensing. Some countries have a total ban on almost all forms of gambling, whilst some, such as the UK, are very liberal. Many are in between with varying degrees of restrictions and limits on what type of gambling can be undertaken, how it can happen, at what sites (both physical and online) it can take place and who can do it.

In theory, if a particular operator is not licensed to operate in a country, then they should not allow people from that geographic area to access their site or app and certainly not allow them to make bets. Somes sites that, to put it simply, are a little dodgy, are less concerned about such matters than others. For example, in the days when sports betting in the US was illegal away from the track, a number of operators, often based in the Caribbean, would accept bets from US customers.

Most of the big, well-established UK bookies that we work with take a far more serious approach to their licensing regulations and legal obligations. As such, if you are on holiday or on a work trip in a nation where they are not allowed to operate, their technology should mean the site is blocked. If you try and access it you will typically receive some form of error message or warning. It will say that it appears you are attempting to access the site from a country where they are not allowed to operate but usually give contact details in case the message has been generated in error.

An issue that may also occur is that the Internet Service Provider at your location may block access to such sites, especially if gambling is not permitted in that location. In China, for example, a huge range of websites are inaccessible. Whether it be your hotel Wi-Fi, data using your roaming service, or even a local SIM, if local laws prohibit gambling, even reaching the bookmaker’s warning about your location may prove impossible.

As in many areas of modern life, a technological game of cat and mouse is often played out between the authorities and those trying to circumvent the rules. Anyone with a rudimentary knowledge of modern internet technology will be aware of the possibility of using a virtual private network (VPN).

VPNs can be used in a range of ways though and as well as making your activity on the internet far more secure, they can be used to hide the country of origin of a user. This itself has a range of legal, semi-legal (can something be semi-legal?!) and illegal applications, such as accessing geographically restricted TV and streaming services and, of course, websites, such as bookies.

Using a VPN in this way is not recommended, chiefly because it is a legal grey area at best, and typically breaches the terms and conditions of most major betting sites too. Some bookies have software that identifies when a VPN is being used and will block you anyway, whilst there is also the extra cost and hassle of using a reliable VPN. Ultimately, this is not something we recommend though, simply because it invariably goes against the conditions of the bookmaker and could lead to your account being closed and possibly even bets being cancelled.

There are more possible ways to circumvent geo-blocked sites that, once again, are legally dubious at best. These involve the dark web and other types of technological wizardry, such as mirror sites, but we have to ask, is it worth it to get a £5 acca on the Saturday coupon sorted when you could be sipping a piña colada?

Is It Against the Law?

Whilst many punters would not hesitate to break the Ts and Cs of their favourite bookie, breaking the law may be viewed differently. Go against your bookmaker and what’s the worst they can do? Stop giving you free bets? Force you to bet with another bookie instead? On the other hand, if you break the law of a sovereign nation, you could, in theory at least, be looking at a large fine or even a jail sentence.

Many nations around the world, from China to the US and from Thailand to many of the Arab states in the Middle East, are well known for being rather stricter when it comes to law enforcement than we are in the UK. They are also often far less liberal when it comes to laws governing things like drugs and gambling. There are plenty of stories of unsuspecting tourists to countries like Dubai coming a cropper for seemingly innocuous drugs offences and it is certainly plausible that similar could happen to anyone breaching a country’s laws with regards gambling, even if it was only in a very minor way.

As we have noted, laws vary greatly between countries when it comes to gambling and so we would strongly recommend that you check local regulations very carefully. Equally, you should think long and hard before you attempt to use a VPN or other similar technology to get round restrictions that are in place.

When Can You Gamble Abroad? 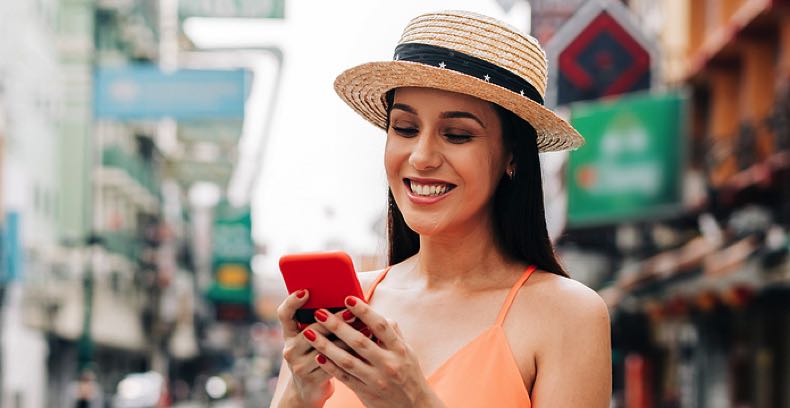 All that said, there is every chance that you can legally and simply make bets using your main UK bookie when you are out of the country. Most of the biggest bookmakers and betting sites are licensed in multiple countries and this means you should be able to make bets using your normal app and a standard internet or data connection.

This will vary from one country to another but, for example, certainly in Ireland, both north and south, and in many parts of Scandinavia, you should have no problem, whilst a number of big UK sites are also licensed in Spain. If your account loads with no error message and no warning about your location then you are probably safe to assume you are free to make a bet.

Even then we would advise checking the local laws but typically if you can access the website, it should mean the betting site is locally licensed and, therefore, that betting is legal. In addition, it is worth checking that the country you are in is not blacklisted by the bookie. You can do this by confirming with their customer service or checking their general Ts and Cs.