Bookies & Football Sponsorship: How Many Teams Are Sponsored By Gambling Companies?

Football and betting have gone hand in hand for some time now. The bookmakers rely heavily on football to keep net wins looking healthy and most would admit that in the UK, it’s the biggest market in terms of money and bets placed.

As a result, an obvious place for the bookies to advertise is with the football clubs themselves. After all, marketing is all about getting your product in front of a the right target audience, and what could be a better target for football betting than sponsoring a football team and seeing your brand’s logo all over the tele when they play?

However, the concept is not without its critics. For many years this has gone somewhat under the radar and has even been part of an evolution of sorts; where previously it might have been a tobacco company or an alcohol product advertising their wares on football shirts, now it’s more to do with gambling.

The problem for the industry is that problem gambling in the betting sector is on the rise. In fact, it’s more than trebled over the last few years, rising from 150,000 to over 450,000 reports of problem gambling. These numbers are expected to continue to rise over the next few years.

The gambling industry is being forced to work harder to both prevent people who are vulnerable from gambling and also to help those that have a problem.

Organisations like the UK Gambling Commission and Gamcare are cracking the whip with the bookies to make sure they play their part. There have been plenty of multi-million-pound fines that have already been handed out and if the bookies don’t fall into line, they will continue to get stung.

The pressure has come from outside of the industry though, which is common for these sorts of things. There is little doubt that the ties between football and betting are feeling the heat, no thanks to the adverts being shown throughout the day promoting gambling.

What Deals are Being Made?

The bookmakers know that the exposure from football shirt sponsorship and for partnering with football teams in general is huge. It’s the perfect target market and they want to tap into that casual bet on a Saturday afternoon whilst watching the football.

As a result, they are willing to pay big money to get involved. The biggest gambling deal that has been struck in the Premier League is that of West Ham’s deal with Betway, which is reportedly worth around £10 million per year. 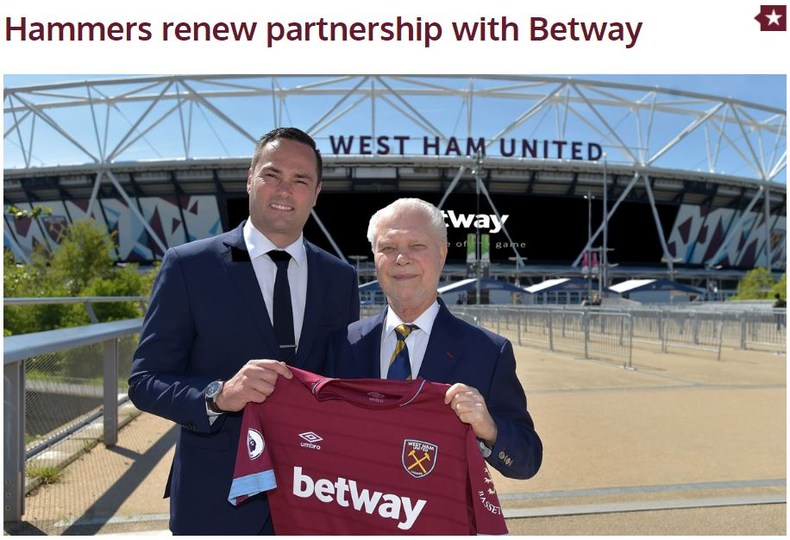 The money that has been made from these deals has grown rapidly. It’s now three times bigger than it was just 8 seasons ago, with a reported £225 million being spent by the bookmakers to secure their involvement with a club. This is up from around £100 million in 2010-11.

It’s worth noting that these numbers do not include any “official betting partner” deals, only main deals.

To put that into some context, here is a list of Premier League teams from the 2017-18 season and the money they were earning from sponsorship deals:

As you can see, 9 clubs from the 20 teams in the league that season had a main shirt sponsor that was a gambling company, and this had risen to 10 in the 2019/20 season.

A key thing to note from all this which you may not have spotted straight away, is that very few of the gambling companies actually target UK punters. In fact, only Betway and bet365 are UK-focussed bookmakers in this list, with the others all taking the majority of their wagers offshore.

It’s staggering that the Premier League is such a global brand that advertisers aren’t even pitching their products to UK customers. Sure, they are promoting the industry and their brand at the same time, but sites like M88, LeTou, ManBetX, and Ope Sports don’t even accept players from the UK.

Regardless of whether they are promoting gambling or not, a wider question might be why are these prime spaces for advertising not being used to benefit the economy in the UK? It’s not something that we are going to get into with this article, but it could be worth looking into further down the line if things do not change.

What do the “Powers That Be” Think?

Organisations like Gamble Aware and ASA (Advertising Standard Agency) are almost being forced to get involved now. Problem gambling is frequently in the mainstream media, so when campaigners start to poke around, questions are asked of the people supposedly protecting the public from over marketing of products that can be harmful to society.

Gamble Aware have been pretty vocal over recent months and they are keen to state that we are now at a “tipping point” with the number of clubs that are promoting gambling and at the levels that they are. They have realised that gambling is being normalising to an audience that is often made up of the younger generation, and this is either causing problems in the here and now, or later down the line.

At the minute, they are both taking the stance that they are aware and things needs to change, but they’ve not set out any guidelines as to what exactly should be done, and it looks like they are wanting the clubs to take the lead on this. It sounds very much like an ‘abuse it and lose it’ situation.

But it has to be noted that the issue is not just with Premier League clubs. The EFL Championship has a massive 17 out of 24 clubs all sponsored by bookmakers.

What About Other European Leagues?

The situation is not nearly as problematic across Europe and in some leagues it’s rare to see a bookmaker anywhere near a football club. In La Liga there are 5 clubs in the league linked to bookmakers, but there are none in Bundesliga (Germany), Serie A (Italy), or Ligue 1 (France).

The reason for this is two-fold. One, the gambling laws in each of those countries are more complicated than in the UK. There are stricter policies in place and licensing is much harder to get. This means that there are fewer bookmakers and fewer betting opportunities.

The second is that the leagues aren’t as globally popular as the Premier League or even the Championship in England. As we stated above, many of the deals that have been struck are with foreign betting companies that are pitching to an audience outside of the UK.

Whilst betting does take place across Europe and there are deals in place, advertising for them is kept to a minimum.

Is it a Vicious Advertising Circle? 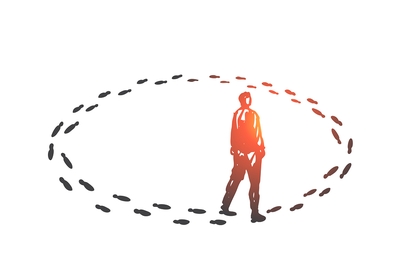 Gambling is one of those products that will always be linked to football. The more money the bookies make from football betting in particular, the more money the football clubs can charge to be a sponsor. If a shirt deal is going to bag the bookies up to £20 million per year, then the clubs are going to ask for a cut of that for advertising with their club.

The clubs know that the bookmakers need them and the bookmakers know that there is money to be made, regardless of which club is being sponsored. Real Madrid’s deal with Betway is reportedly worth up to £16 million per year, which would make it the biggest deal in the industry. There is no way that Betway do not make significant money from this and it’s likely a great deal for both parties.

Can the Cycle End, or be Changed?

You would think that eventually it has to. The gambling industry will be stressing that they don’t follow suit with the likes of tobacco and alcohol that are now banned for sponsoring sporting events, in fear of a crippling loss in exposure and therefore income. 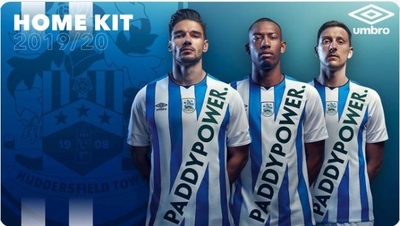 But it’s a bookmaker that has gone out of their way to try and make a change here. Paddy Power launched the “Save Our Shirt” campaign in 2019 as they announced that they were shirt sponsors of Huddersfield Town.

In typical Paddy Power style, the campaign was brilliantly executed. They initially released a hideously ugly version of Huddersfield’s new shirt, with a massive logo of Paddy Power running horizontally across it. It sparked outrage on social media and even the FA got involved to see what was going on.

But the shirt was fake and in fact the ploy for Paddy Power was to remove their sponsor from the shirt altogether. The idea was to stop “bastardising” football shirts with advertising and instead give the shirts back to fans. They look classic and clean, something that people have not seen for decades.

Of course, Paddy Power are still sponsoring the team, they have paid for the right to do so with Huddersfield and they have also been keen to get more clubs on board. So far Motherwell and Newport County are both on Paddy Power’s books for the Save Our Shirt campaign and they hope other clubs will pick up the concept.

Only time will tell if this will work, but at least they have been able to take a forward step into alleviating some of the pressure that football clubs and bookmakers are facing from the wider community.

It appears that both club and boomaker realise that now is the time to take a step back or risk losing the link between them altogether. Something will be done about this, we have no doubt, but if the clubs and bookies act now then bookmakers may still be able to work within the industry in terms of sponsorship. But if the powers that be need to step in then a far firmer line could be drawn, which could mean curtains for the bookies and sponsorship deals.