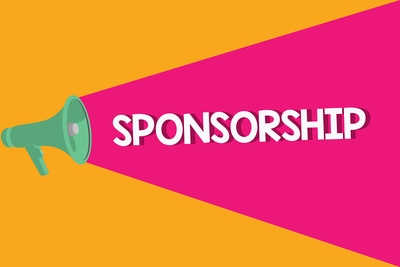 Advertising, and in particular sponsorship deals, are big business in any industry. The idea is that companies are teaming up with other brands or in this case, TV shows, in order to get their brand in front of people who fit their demographic.

TV shows are a really good way for bingo brands to do this, but it needs to be targeted properly. The demographic of people who watch the TV show is vitally important, and this is why you see lots of ties with the likes of day time TV and Soaps in particular. The link is that the majority of the people who watch these shows are women and the age group will be around 40-50, which fits with the most typical bingo player.

It’s important for the TV Show to promote reputable companies as well, as the association between the two works both ways. The bingo industry works well with these types of shows as it’s going to actually interest the people who are watching the show – there would be little point advertising wrestling for example, as this demographic has next to no link – and each brand lends credibility to the other.

How Much is Spent on TV Advertising?

Each brand is going to differ in terms of what they want to spend. To advertise on or before a show like Coronation Street, which is one of the most watched soaps on UK TV right now, it’s going to be expensive. If the bingo site were to spend the money on a show that has a lesser audience and maybe isn’t as “prime time” then the cost would be less but the reach would not be as great.

Whilst we don’t know exact numbers between each partnership, we can see overall numbers. As an industry, the overall advertising spend increased by 3% from 2017 to 2018. This means that more money is being spent on these types of deals. The amount that bingo companies are spending on press is continuing to decline, with numbers for TV and media increasing by a massive 15% in the same year.

Overall, £42 million was spent in 2018 on TV and Media alone. Here’s a breakdown of who is spending what:

What we can see here is a big change from the top of the tree to the bottom. The top 10’s total ad spend makes up for 97% of the industry’s total, and the top 5 alone contributes 80%.

Tombola is once again at the top of the pile and they alone make up for 30% of the total industry ad spend. Their philosophy is to be “always on”, which means adverts run around the clock on multiple channels, much like Gala.

The company are super consistent in their approach to marketing their product. They like to push that the games have more of a community feel than anything else and this is reflected in the types of ads that they are able to offer.

Any aspect of growth for Tombola has been aided by the increase in exposure for their sister casino product, Tombola Arcade. This has been one of the biggest reasons for the companies continued growth over the last few years and accounts for another part of their advertising budget.

In terms of TV, they are now long-term partners with one of the biggest shows on TV in I’m a Celebrity…Get Me Out of Here. The adverts include a bug-theme and they also like to include these sorts of links on their website as well, in what is one of the biggest bingo to TV advertising deals in the industry.

As part of the deal, they get to exclusively promote their I’m a Celebrity bingo game and they also run with the hashtag #tombolabugs, which allows players to log onto their site and get to know some of the bugs that appear in the game a little better.

The game is not just one of the biggest on their site, but also in the industry. They are able to offer up huge bonuses when the show is on and over £500,000 worth of prizes when the show last aired.

Gala bingo is one of the best-known brands in the industry, but they’ve been able to expand on this due to the extensive work that they have done with their advertising and marketing.

Their TV creatives were updated in August of 2018 and they are now offering a slightly more light-hearted theme, but still highlighting that players are able to play from the comfort of their own home, which has worked really well for the brand so far.

TV sponsorship links start with the ever-popular TV quiz show, The Chase. Gala were one of the companies that saw a significant increase in TV spending from 2017 to 2018, with £2million extra being invested in what is already a solid marketing budget. The majority will have gone on the link with The Chase, and we wouldn’t be surprised to see that this figure had risen over the last 12 months as the show continues in its rise in popularity.

The game itself has proved to be really popular too, and the company have been able to include all four of the chasers from the show within their bingo game. It’s definitely one of the better games that we tested and highlights why Gala have been so keen to pay the big money to link to the show.

Aside from The Chase, which is the newest addition to the site, Gala have been long term sponsors of TV shows like Emmerdale, Coronation Street, and Deal or No Deal. All three of these games are widely regarded as some of the biggest and the best in the industry, with clips from the show’s appearing within.

They also use these titles as their biggest jackpot games as well, ranging from fixed price to progressives. If there are special events, then they are likely going to use one or all of these 4 TV programs to showcase them. Gala have the widest range of what we call “branded” games in the industry. Not only are they popular by name, but they are often some of the best in terms of features and prize money as well.

The Sun Bingo brand is one that has grown quite rapidly over the years, but the growth has come from the aggressive TV marketing campaign that they have been keen to push, with their TV and media ad spend doubling from 2017 to 2018, such is the success it has brought them.

Their strategy is a little more creative than the Gala and Tombola offering, and instead of just showing ads all the time they pick up and drop off around certain points of the week or month depending on what works best for them, usually targeting end of month and payday.

The biggest pull came in the form of sponsoring the Jeremy Kyle show. They were the main title sponsors and were visible on the start and in ad breaks for all of their episodes, which used to air daily on daytime TV.

However, in 2019 the Jeremy Kyle show was pulled from the air after a contestant committed suicide following an appearance on the show, and Jeremy Kyle being exposed as a charlatan who offered next to no aftercare to his guests. As it stands, Sun Bingo have no formal sponsorship role with any TV show, but you can bet that they will do again in the not too distant future.

Wink Bingo are one of the brands that were able to maintain their TV and Media spend from 2017 through to 2018. They are a little less aggressive than most of the other companies in the industry, but their most recent ad that included “Wonder Woman of the World” was one of their most popular as a result.

What was interesting is that they were one of few companies that chose to run their ads in the cinema, as well on the small screen. It’s tough to say how well this directly went for them, but the high campaign costs would have made this a fairly risky strategy, and only time will tell if it pays off or not.

Jackpotjoy are one of the original’s when it comes to TV deals and celebrity endorsement. Their link with Barbara Windsor, who formerly played Peggy Mitchel on the hit TV soap, EastEnders, proved to be one of the best success stories for any advertising campaign.

The was the Queen of bingo, a title which she passed on to her successor.

In a shrewd move, their latest recruit comes in the form of “Take Me Out” host, Paddy McGuinness. He becomes one of the highest profile faces of any bingo site and given that he is now also the host of the BBC’s hit series “Top Gear”, there have been rumours of Jackpotjoy working with the BBC to create a bingo game with McGuinness involved, although nothing has come through so far.

The King of bingo has much work to do, it seems.