What are the Worlds Biggest Lottery Wins? 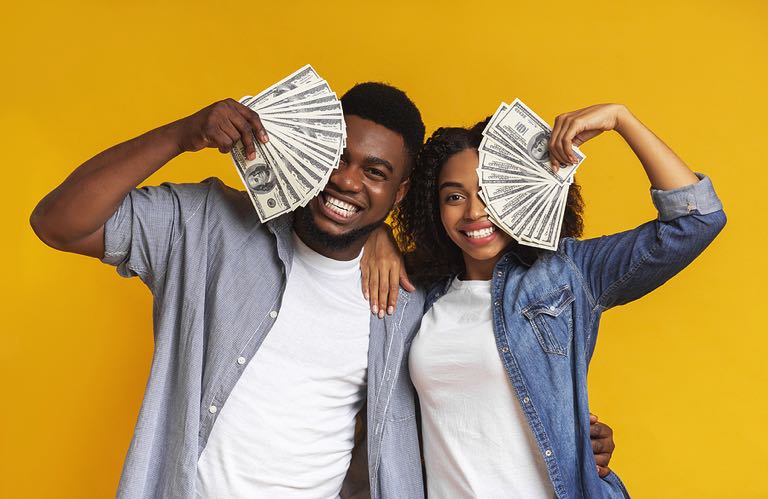 One of the most satisfying things about the lottery, in any country it is played, is hearing the stories of those that have won. It sets the mind alight with hopes and dreams. The jackpots these days are huge, and you don’t even need to land the top prize to change your life.

The money on the line for some of the biggest lotteries would not just change the lives of those who won it, but more often than not, the lives of others around them as well. The way people spend their fortunes can be fascinating.

We are going to take a look at some of the biggest lottery winners from around the world and have a gander at how they’ve gone about spending their money. 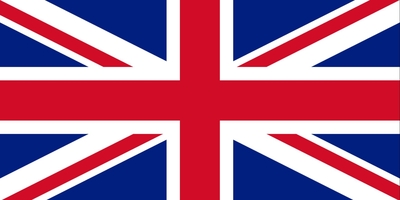 Our search starts in the UK as we know that’s where most readers are from.

We are including both the National Lottery and the EuroMillions, as that is very much a part of the UK lottery culture these days.

You will find that the bigger wins often come from the EuroMillions, but we’ve included some National Lottery wins as well.

Also, this isn’t necessarily a list that runs in order as some of the winners have remained anonymous, so obviously there is no info on them. 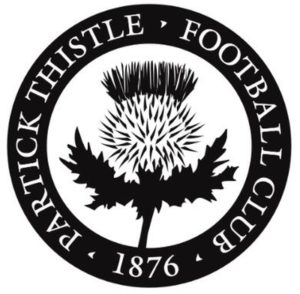 Colin and Christine Weir, a couple from Scotland, shot to fame in 2011 as they managed to scoop the rollover winning jackpot from the midweek EuroMillions game. Such was the size of the gigantic win it is predicted that it will never be broken, and given that it’s lasted almost a decade already, it seems to be holding strong.

The couple were both in full time employment at the time, with Colin a TV Cameraman and Christine a psychiatric nurse. The pair have two children, who they’ve both been able to support in their early adult life as a result of the win.

The pair stated after winning that they were going to share the wealth – and the decision to go public is often followed with generous sharing by winners. They started by purchasing a £3.5 million dream home, along with a fleet of cars worthy of any stately manor.

But the work the pair have done with charities has been highly encouraging to see. The first port of call was their beloved football club, Partick Thistle. It was reported that they gave just over £1 million to help with clearing debts and then creating an expansive youth set up for the club, allowing them to bring in players from a young age with state-of-the-art training equipment.

Their biggest achievement has to have been the set up and development of own their own trust, which has been set up to support a host of Scottish Charities and groups within their local community. Since 2011, the couple have raised and given away over £5 million to a series of projects in their local area.

The money that they won gave them a fast track to the Sunday Times Rich List, above the likes of Ringo Starr, the former Beatles drummer, and Sir Tom Jones.

Unfortunately though, there was no happy ending for the couple, who announced in April 2019 that they would be seeking a divorce. In a statement they announced that the decision was amicable and that they had been living apart for some time. 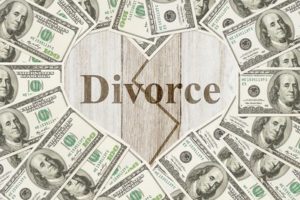 Less than 12 months after the Weir’s win, the UK struck gold again in the EuroMillions, with the Bayford’s scooping a massive £148 Million. It was Adrian who had placed the numbers and actually joked with his wife prior to checking that he had not bought a ticket that week. When he returned from the shop elated with the news, initially Gillian didn’t believe him and told him off for waking the children.

The couple suggested that they had big plans for the money, with the usual cars, house and holidays being at the forefront of their interests. Gillian, a nurse, and Adrian, who owned a record shop in Cambridge, both quit their jobs to take some time away.

But it wasn’t all happy families for the Bayford’s either, and they eventually split up just 9 months after the epic win. It was reported that Adrian had later found love again with a stable girl, some 16 years his junior, but broke off an engagement three years later. He purchased a house with 90 acres of land and was the saviour of his local rock festival which was in danger of closing, as he allowed the festival to take place on his land.

Gillian went on to remarry eventually as well, to a car salesman. Following the split, Gillian went back to work, but instead of nursing she chose to set about developing property. It’s claimed her portfolio is now worth several million and she runs a highly successful company.

Adrian also went back to work but kept it a little closer to what he knew, opening another record store in Cambridge. However, the store is not your usual record shop and includes memorabilia from some of the biggest names in the entertainment industry, including Lady Gaga and even Star Wars film memorabilia as well. 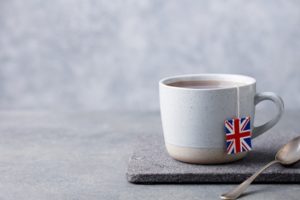 The pair are the newest winners on our list and also just so happen to be one of the biggest in the UK. They were regular players of the lottery and, like most, used to joke and daydream about how their lives would change, but never believing that it would happen deep down.

Frances was usually the one to put the lottery on each week, but as they had been on a busy shopping trip, she had forgotten to put on their numbers, so Patrick put on a lucky dip online instead. It wasn’t until around 10pm that night that, when checking his email, that he realised they had won. He checked multiple sites for the numbers, and they all matched their ticket.

Given that the pair are pretty laid back and don’t get excited, Patrick said that they celebrated with a cup of tea and a hug. Patrick decided to retire after the win, but Frances had planned to carry out her PHD which she was already studying for.

They have 2 children between them and a couple of grandchildren, so money was to be set aside for them. Whilst they didn’t have any grand plans for the money, they did make a list of almost 50 people (friends and family) that they were planning on helping out finically in some way. They stated that it felt great to be able to help those that needed it and also give them a bit more freedom in life. 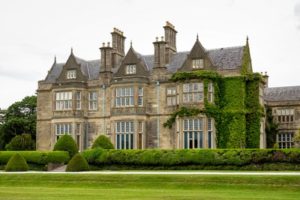 Dave and Angela Dawes were just regular folk when in 2011 they were the second couple from the UK in matter of months to scoop the EuroMillions jackpot – for a staggering £107 Million. At the time the pair were living in a 1-bedroom, £70 per week flat in Cambridgeshire.

What’s most remarkable about the whole situation is that it was just the second time that they had ever played the lottery.

After the win, the pair were able to splash a good chunk of cash on houses in and around the London area, initially buying a flat in West London, but then sold it in favour of a six bedroom Grade 2 listed mansion in East Sussex, which was formerly owned by non-other than Tom Jones and Engelbert Humperdinck at one point. 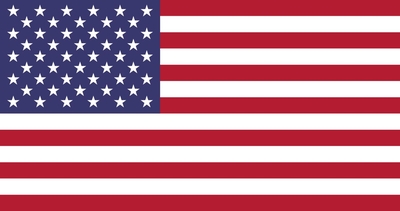 Whilst the UK wins are impressive, they pale in comparison to the amount of money that has been won in the United States lottery over the years.

As always, America likes to do things bigger than anywhere else.

There are two lotteries of note over the pond, with the Powerball and the Mega Millions both paying out incredible sums. 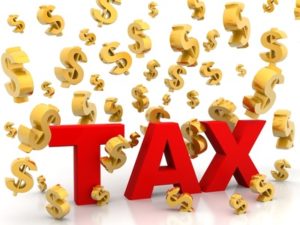 The biggest jackpot of any lottery anywhere in the world came about in 2016 when the Powerball reached a massive $1.58 billion. The country was at fever pitch with people spending hundreds of dollars on tickets to try and change their lives. Ultimately, there were 3 winners in total, each picking up a cheque for $327.8 Million each.

If you run the numbers you’ll see that they don’t quite add up, and this is because the US charge tax on lottery winnings. This gives the players two options; either take a reduced lump sum after tax or take more money but spread it out over a longer period, in this case it would be around $533 Million.

First up are John and Lisa Robinson from Tennessee. The couple were very keen to stay out of the headlines and they have mostly kept a low profile since the win. They have bought a large new house with a private lake though, with 10 bedrooms and 320 acres which is said to be worth $6.2 million. Lisa initially went back to work, but the unwanted publicity and negative reaction from jealous colleagues did not go down well, and she eventually retired to enjoy her winning with her family.

Next up are Maureen Smith and David Kaltschmidt. The pair have gone much more low-key than the Robinson, living in a modest $300,000 house in Florida with just a couple of cars to add to their garage.

One of the craziest things that the pair still do, despite winning over $327 Million, is playing the Powerball every week online!

The final couple are Marvin and Mae Acosta. Not much is known about this pair and they have done far fewer interviews than the other couples, but what is known is that they have they were targeted by scammers who tried to take advantage of them, making them even more determined to live a low-key lifestyle. 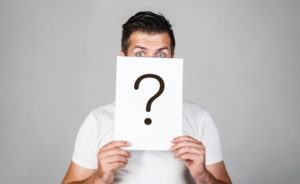 Manuel Franco of Wisconsin makes the list as the most recent jackpot winner, taking home the cash back in March 2019.

Franco was aged just 24 years old when he won, stating this would change the lives of his family and all those close to him for the better.

Not much has been heard of Franco since his win and he has been keen to keep a low profile.

He has gone from less than $1,000 in his bank account to over $477 Million, opting to pay the tax and take the win as a lump sum rather than over a period of time that would have paid more in the long run. 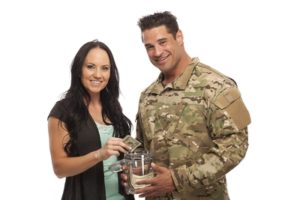 Miss West was not the next biggest winner on the list, but her story is one of the most interesting. This single mom changed her and her child’s life in one night scooping an incredible amount of money.

Whilst others have been quiet and reclusive after winning, West has been able to put her new found wealth (and fame) to good use. She has starred on the Ellen DeGeneres show stating that she was going to be pledging $500,000 to the Tavis Mills Foundation, which is set up to help veterans in the military integrate back into civilian life. She’s also been able to donate to multiple other charities in here local area.

Whilst the money has been a huge help, West states it hasn’t changed who she its and even helped her set up the Callum Foundation in honour of her grandson, providing financial support to organisations that work towards improving children’s education, health, animal welfare and veteran affairs.