Who are the Biggest High Street Bookmakers in the UK? 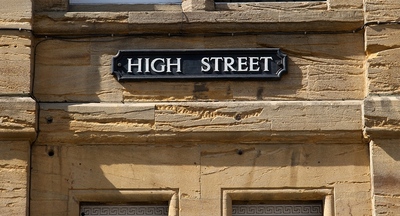 The online betting sector has revolutionised the way in which the industry is run. There would be little argument when we say that it’s had a detrimental effect on the high street bookmaker though, with many of the smaller brands being bought out by their larger competitors.

Whilst numbers are certainly down on where they were at their peak, the high street has actually been relatively solid in the gambling sector over the last decade or so. Granted, stores have closed, but for the first time in a long time the sector has stabilised, and at times has even had periods of growth over the last 5 years or so.

The biggest difference that we have seen is that there are fewer brands to choose from. As you will see from our list, the vast majority of the 8,423 brick and mortar bookmakers on the UK’s high streets are now run by just 5 brands.

Here is our list of the biggest high street brands in the industry right now. 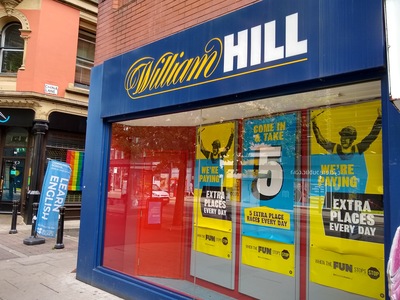 William Hill is one of the most iconic betting brands in the gambling industry. They first opened their doors in 1934, and since then have gone on to enjoy huge success from both the high street and the online sector.

The majority of the 16,000+ workforce do their jobs in the betting shops and with it contribute to the massive revenue of £1.6 billion that is generated each year.

The brand has changed hands many times over the years and is one of the most invested in bookmakers the industry has known.

The first of the takeovers came about in 1971 when Sears Holdings first got involved. Others have included the Grand Metropolitan in 1988 and then Brent Walker in 1989. Since then they have acquired and sold a number of sectors of the business, including greyhound tracks, betting shops, and software companies, to name just a few.

The brand has also been one of the most vocal in light of the new regulations concerning FOBTs, stating that they could see over 25% of their betting shops close as a result, with the loss of over 7,000 jobs. 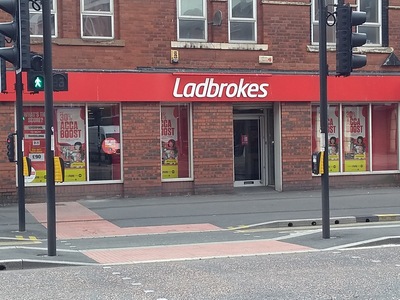 Ladbrokes are another brand that has been commonplace on our highstreets for decades now. They’re the oldest bookmaker in the UK and were initially launched back in 1896, long before high street bookmaking became legal in 1961.

The company are now a part of GVC Holdings, who bought the Ladbrokes Coral brand not long after the two bookmakers merged in a deal that was initially worth £2.3 billion. GVC then paid £4 billion for the Ladbrokes Coral group along with all assets that came with it, in the biggest gambling deal in history.

It’s worth noting that both Coral and Ladbrokes operate as separate brands on the high street but are essentially part of the same company. This means that GVC Holdings are technically the biggest company on the high street, owning over 3,300 betting shops within the sector.

Ladbrokes are probably the major pioneers of high street bookmaking and were the first to really start to push the concept in terms of numbers. Just 6 years after high street betting was made legal in the UK they had managed to open over 100 betting shops, several times more than any other brand. As a result, they were the first to go public on the stock exchange and are globally known as one of the biggest betting brands going. 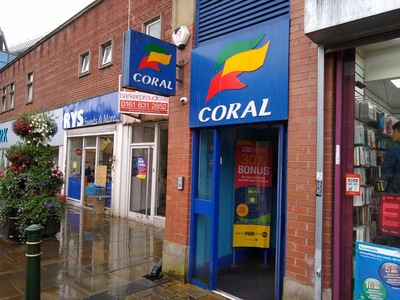 They dominated a lot of the racetracks and the dog tracks in the UK for years, but took on their first high street betting shop in 1961. In just 12 months, Joe Coral (formerly Joseph Kagarlitsky) had opened 26 betting shops in the UK, catapulting them to become one of the biggest at the time.

In 2005, Coral bought the Gala brand that set their company value to around £2.1 billion. Then the merger with Ladbrokes just over a decade later meant that they were able to progress again, and as with Ladbrokes, they are now a part of GVC Holdings’ empire.

Their high street presence is one that has a little more uncertainty than most. It’s likely that some reshuffle within GVC Holdings will mean that many of the shops change to focus on one of the brands, which could put the Coral name at risk moving forward.

At the minute though, this is just speculation, and they remain one of the biggest names on the high street right now. 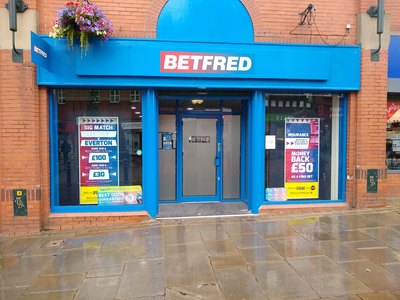 Fred Done founded Betfred in 1967 and is still very much a part of the company even today. In an industry that sees acquisitions and companies changing hands seemingly every few months, Betfred are still owned and managed by Done, which says a lot about the principles of the brand.

The high street has been very kind to Betfred, and they were able to open up thanks to winning bet of their own – on England to win the 1966 World Cup. They had huge success at the local horse and dog racing tracks too, but it was on the high street, initially in their hometown of Salford, that Done was able to grow the Betfred brand.

As a result, Betfred now have one of the biggest ranges of high streets shops in the industry. Their success has been widely based on Done’s ability to create game-changing betting markets such as Lucky 15, Goals Galore, and Double Delight.

One of the biggest moves in the company’s history was the acquisition of the Tote in 2011. After a long process that included several months of bidding for the contract, the government chose Betfred as the bookmaker to take the company forward for the sum of £265 million, with a percentage of that going to the taxpayer and to the sport of horse racing.

What’s interesting about Betfred is that they are one of few companies still trying to expand on the high street. It’s clear that Done has created a formula that punters love, and they seem to be one of the more stable brands in a time of uncertainty. 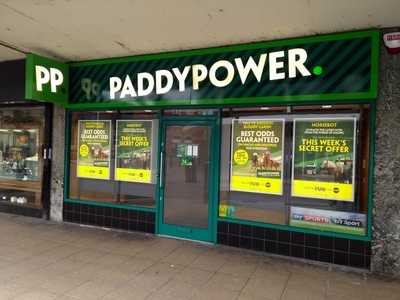 Paddy Power are one of the biggest and best exports from Ireland that the gambling sector has seen. They currently have one of the smaller collection of shops on our list, but also have a huge presence in their homeland of Ireland.

The company has seen increased success since the majority of bookmakers switched to online betting. The high street has generally been kind to Paddy Power, and where the FOBTs that have been drastically limited in the UK have affected other bookies, they have always been banned from Irish betting shops, so Paddy Power won’t feel the sting in the same way that UK only bookies will.

Their merger with Betfair in 2016 saw the pair become the biggest bookmaker in terms of turnover, and are reportedly now worth a staggering £10 billion as a result. 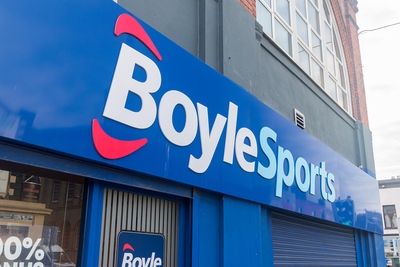 Boylesports is one of the most interesting bookies in the world right now. They are one of the biggest independent bookmakers in Ireland and have a strong high street presence there, with almost 250 betting shops.

But they hit the headlines in 2019 when, just months after the gambling industry limited FOBTs and other bookies were talking about closures, BoyleSports stated they would be entering the UK market. Their initial acquisition was that of 13 stores from the Wilf Gilbert brand, but had hoped to make this number surpass the 100 mark by the end of 2020.

The company actually failed in a bid to get 400 stores off the back of the Ladbrokes-Coral merger, when they were forced by market monopoly compliance laws to sell on some of their shops, however, other opportunities have since arisen.

It will be interesting to see if Boylesports can buck the trend of a decline in high street betting shops and breathe new life into the industry.