What Are the Biggest Bingo Jackpots That Have Been Won Online?

Bingo can be an unassuming game. The fact that you can buy in for pennies means that most prize pools are pretty low as a result, but it has been a favourite for players who are looking to get in cheap and win little and often for decades.

It used to be a cliché that grannies would enter the bingo hall with their pension for the week and their dabbers at the ready. If they had a good time and made a few pounds it was deemed a successful evening.

These days the game can be much bigger than that, and the introduction of bingo jackpots means that players are now playing for life changing sums of money every single day. The online boom has certainly helped with this, and the trend looks set to continue.

It’s the progressive jackpots that most people are targeting, and these pay out the biggest jackpots on record. These jackpots work by pooling the money from all players into a single pot and then distributing it whenever that jackpot is triggered. The reason that some get so big is that they are network based, which means that you are actually playing over a number of different rooms rather than just a single bingo room.

For example, a network might have their games hosted on dozens of bingo sites, which means all the players from those sites are piling into one big jackpot. A jackpot that is run just on a single site is going to get fewer people playing it, and the amount of money that you can win is limited as a result.

There have been several huge jackpot progressive winners over the years. Here’s a little bit about what’s been won, by who, and how it’s changed their life. 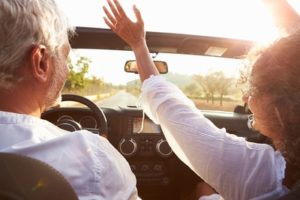 At the top of the tree, and by some distance, is that of John Orchard, who was able to bag an incredible £5.9 million from a single bingo ticket. The win came back in 2012 and Orchard, then working in a Job Centre in Lincolnshire, played just a 30p game of bingo online after work.

Of course, this 30p investment was about to change his life when the screen lit up and he realised that he had won the jackpot. Orchard was 60 at the time of the win, and like most people his age coming from humble backgrounds, he had fully expected to retire at 65, with 5 more years of work ahead of him.

Obviously, the jackpot win was going to change all that. He spent his money on cars, holidays for the family, and bought several extravagant Christmas presents for all those close to him. The money also helped John retire, some 5 years prior to when he initially thought he would and quite a few quid richer as well.

The 2012 win is still the biggest to this day, and it surprises many people to hear that a man had won it on a game that is/was dominated by women. As we have reported in other articles, the gender gap with bingo is closing, so we may see more men taking home the prize pots in the future. 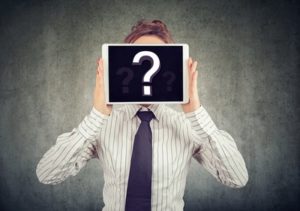 Whilst the story of John Orchard is one that is very well known in the bingo industry, this next story is a little more mysterious. A winner that went by the name of “Georgios M.” decided that, after scooping an incredible £5.1 million on a progressive jackpot bingo game, he would like to remain anonymous, which is fair enough given how many people are likely to crawl out of the woodwork when these wins come about.

We do know that the man was 36 and he owned his own business. The jackpot was triggered in 2009 and for a long time stood as the biggest bingo win of all time, until Mr. Orchard came along that is. It was Georgios’ win that really stood out though, as it came in at almost 4x the previous biggest jackpot winner and gained huge media attention as a result.

Given his business background, we would like to think that Georgios M. has invested his money wisely into new business ventures that have since then flourished. Either that or he’s currently sat on a beach somewhere sipping cocktails. Who know? 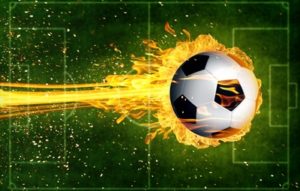 Lisa Potter hit the headlines in 2012 when she managed to take down a huge jackpot of £1.3 million. What’s remarkable about Potter’s win is that this was one of the few times that she had ever played, and she later admitted she wasn’t all that sure what she was doing.

Potter also states that she has her husband to indirectly thank for her signing up. You see, Lisa’s husband was engrossed in a summer of football from Euro 2012. She stated that he barely missed a game, but this was pretty boring for her. Whilst perusing her laptop with her husband watching another match, she came across an advert for a bingo site and thought, why not?

Here £5 investment turned out to be a life changer, and within just 20 minutes of play Potter had won an incredible £1.3 million after landing one of the progressive jackpots.

The best thing about Lisa’s story is that she is just 33 years old and has 3 kids, who were all rightfully delighted about her mother’s win. They swiftly went about booking a luxury holiday, buying a new car and even a new house, all within a matter of days of the money hitting her account. 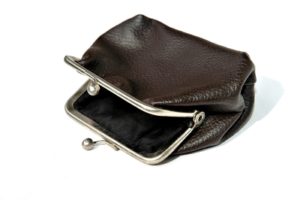 Soraya Lowell’s jackpot win is still the record for any win within a brick and mortar bingo hall. The win occured in February 2008 and comes with an incredible story as well.

Lowell was a keen bingo player and she often frequented her local bingo all with her friend, Agnus. They’d split any winnings that they had for all the time they had been going and were even neighbours at the time. When Lowell received the wind fall, she informed Agnus that she would be splitting the money, just as they had agreed over the years.

At the time Agnus was quite poorly and her husband had been looking after her. It was already arranged that her husband would have to retire early to care for his wife, but the jackpot win meant that he was able to keep his job on a reduced hours basis, much to their delight.

Sadly, Agnus passed away just a few weeks after their win. To top it off, Lowell later got divorced from her husband some 3 months later and then by 2012 she filed for bankruptcy. It’s not known what Lowell is currently doing, but it just goes to show that money doesn’t always buy you happiness. 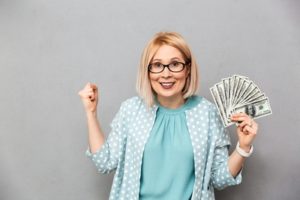 Christine Bradfield’s story is another unique one in that for just 1 month, she was the biggest in-house bingo winner in the world. That was, of course, until Lowell pipped her to that title just 4 weeks later in an incredible run of jackpot payouts.

Bradfield was a regular at her local bingo hall in Tydfil. The 53-year-old used to attend with her sister-in-law Lorraine, and they had been bingo partners for over 10 years. What’s amazing about Christine is that she even gave a large chunk of her money to Lorraine as a gift, as they often did when one of them had won.

On the night in question the pair had only spent £16 on bingo tickets, so to win such a huge prize was a great shock. They say that money doesn’t change some people, and this is most definitely the case for Christine as she continued to work 3 days a week at her local garage for a measly £5.50/hour.

The list concludes there, and as you can see there have been a lot of winners from a lot of different backgrounds. Whether good or bad, the money has changed all of their lives in some way, but it does show that you need to be able to cope with these sizeable sums before winning them.

There are seemingly world records for everything these days, and the game of bingo is no exception. Here are a few of the more popular records and how they were achieved.

The largest game of bingo that was ever recorded happened in Columbia in 2006.

The record they broke saw 70,080 people attend the game that night, which is almost as many people as it would take to fill Wembley Stadium.

There were over £250,000 worth of prizes given away, although we aren’t quite sure how you are supposed to shout “house” and make yourself heard in those sorts of crowds? Either way, the atmosphere was incredible and the game was deemed a huge (geddit?) success. 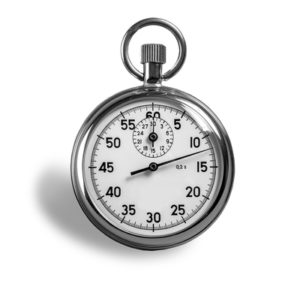 Speed isn’t always everything, but when it comes to jackpot wins on the bingo, you want to hit it as soon as you can. In 2010, Daryl Howe managed to scoop a jackpot that was worth £18,000 within just 40 minutes of play at his computer.

He was able to chalk all 15 of his numbers off in just 23 balls. The implied odds for this would be 1 in 93 billion!

If ever there was proof needed that beginners luck exists, it’s Daryl.

If you’re new to online bingo, then you may not know that the Japanese simply go mad for it.

The game has taken the nation by storm and every day thousands of people partake in a few games.

This was underlined when the biggest ever online game was hosted there with 493,824 people all logging on to take their chances.