Can Footballer Players Bet on a Match? 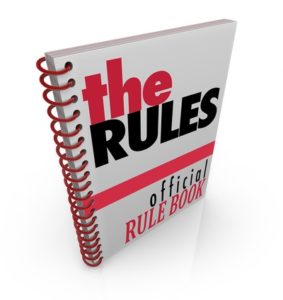 Betting and football go hand in hand. For most bookmakers, football will be their number 1 earner and more bets are placed on football each year than any other sport.

The great thing about betting on the sport is that there are so many games that are covered by most of the major betting companies, and these come with a multitude of different bet types. In fact, punters can even bet on non-league football matches in the UK now, and even low-level fixtures from around the world at some of the biggest brands, which is amazing when you think about it.

However, the explosion of online and mobile betting has caused big problems for the likes of the Football Association (FA) and the UK Gambling Commission (UKGC) in terms of policing the sport.

As you will see in this article, there have been plenty of cases where current footballers and people involved with the game have been caught passing on inside information for betting purposes, and even making questionable bets themselves.

What Are The Rules on Players Betting?

The FA’s stance is a strict ban on all footballers placing bets and/or passing on information for other bettors to use.

You may be surprised at how strict they are on this, but here’s an overview of who the ban covers and what it entails:

The main reason so many people are banned is that some may have an unfair advantage over other bettors, and even over the bookmakers themselves. Even the smallest tid-bit of team news that the kit man has heard the day before can be huge for someone betting on the outcome of a game.

The ban also ensures that people aren’t betting and taking advantage of the system using information that has been picked up subconsciously.

What About Match Fixing? 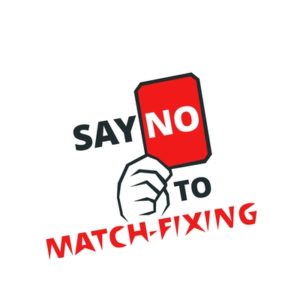 Whilst footballers will get punished for breaking any of the rules above, match-fixing comes with much harsher penalties, although these penalties will be distributed on a case-by-case basis.

Match-fixing is when players or officials have purposefully done something to affect the outcome of a specific game for the purposes of making a net win. This could be getting booked at a certain time, conceding a goal deliberately, making sure certain players don’t score, and all sorts of other scenarios.

If players are suspected and then found guilty of this, then it’s not uncommon for lifetime bans to be distributed as a result.

There have been countless examples of footballers that have been caught betting or involved with match-fixing in the past. Here are just a few of the higher profile cases. 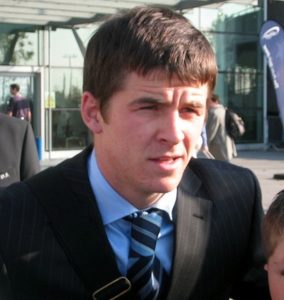 Joey Barton’s is probably the highest profile case in recent years, and one of the most staggering as well. At the time Barton was charged he was plying his trade in Scotland playing for Scottish giants, Rangers.

It was the Scottish FA that first brought to light a series of bets that Barton had placed during 2015 to 2016. There were 44 bets in total and Barton was immediately sacked by Rangers.

He later signed for Premier League team, Burnley, and was handed a 1 match ban for his misbehaviour while in Scotland – but that was just the tip of the iceberg for Barton.

The English FA had also been forming their own dossier on Barton’s betting habits and had pulled together evidence of a staggering 1,260 bets placed over a decade, all while he was playing professional football. What was even more damaging for Barton was that he was actually playing in 30 of the games that he bet on.

Barton pleaded guilty to all charges and as a result was handed an 18 month ban, which essentially ended his playing career.

Prior to 2016 you’d have been hard pressed to know who Wayne Shaw was. Playing as reserve goalkeeper for Sutton United, Shaw was at the centre of an amazing cup run for the team that saw them reach the quarter finals of the FA Cup in the 2016/17 season.

Because he had a slightly larger frame than the modern-day footballer, Shaw became a bit of cult hero in the footballing world. Prior to the quarter final, the keeper had got wind that the Sun were offering odds of 8/1 on Shaw to be seen eating a pie on the side line during the match.

Sure enough, at 82 minutes Shaw emerged with a pie and stated after the match that a few of his friends had a couple of quid on the market. Whilst this is a case of having a bit of fun more than anything, it is still a major breach of the betting rules set by the FA and the Gambling Commission.

As news stories surrounding ‘pie-gate’ started to be released Shaw realised that he was in the wrong, and before he was pushed by the FA he resigned from his role at the club and severed all ties. Whilst not malicious in intent, it certainly emphasizes the FA’s zero-tolerance stance on their betting rules.

Martin Demichelis was one of the best defenders in the Premier League at the time of this incident. He was part of a hugely successful Manchester City side, and had previously won titles in Argentina and Germany on top of that.

He landed in hot water in 2013 when he was found to have been placing bets on Premier League fixtures. In total, Demichelis placed 29 bets, and even though these were games that he wasn’t involved in, the FA still took a firm stance and fined him £22,058.

Given that the player likely earned more than this per week, it seemed like more of a slap on the wrist than anything else, but he was punished nonetheless.

Andros Townsend was involved in one of the most significant betting scandals to date, as he was the first player to be caught abusing the new rules. The player was destined for stardom from a young age when he burst into the Tottenham squad at 17.

However, it took him a while to find his feet at the highest level and he spent many years out on loan at several different clubs.

His troubles grew when the FA found that he was betting on a string of football matches, albeit ones that he was not involved with himself.

As this was the first case to go public with the new rules in place, there was a media storm surrounding the case and the FA saw fit to punish him.

They did so with an £18,000 fine, removal from the England Under 21 squad for their upcoming European championship and a 4 month ban, although 3 of those months were suspended so he only served 1 month. 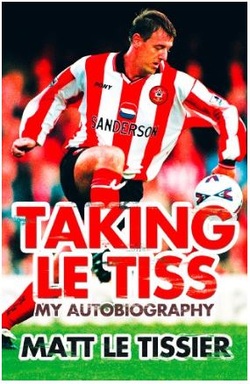 Le Tissier will go down as one of the games greatest midfield players. He spent his whole career at Southampton and even though didn’t quite reach his true potential with England, he scored some of the all-time great goals in Premier League history.

Although many cases that we’ve covered so far have been ones where the FA have found the player guilty based on information they had discovered, Le Tissier’s betting activity went unnoticed for decades – that was until he released his autobiography.

Long after he retired, he stated in his book that he had colluded with another Southampton player to kick the ball out of play within the first minute of the game, after placing a bet on the outcome. The pair were set to win thousands of pounds after doing so.

Le Tissier got the ball at kick off but then failed to kick it out of play, instead finding a team mate who wasn’t in on the plan. After frantically trying to get the ball back for the next 60 seconds, he later admitted that when the ball went out, the wager was refunded as a push.

Le Tissier vowed that he would never do it again and if he hadn’t been so honest in his autobiography, then it’s likely no one would have even known about it. Given that Le Tissier was already retired, no further action was taken by the FA. 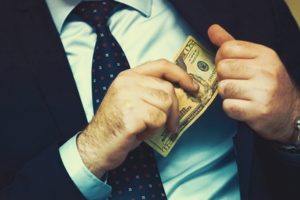 We’ve spoken about a few examples of footballers being fined and even banned for betting, but the question remains: is the problem bigger than the FA believe?

The reason we bring this up is because of the outburst that Joey Barton spouted following his ban. He claimed that betting was still rife within the football system and that “50% of playing staff” would be caught out and banned if thorough investigations were to take place.

Barton also went on to state that he would place bets for footballers on his betting accounts, claiming that a lot of the dressing room had a number of accounts that could be used if needed.

Now, the first thing we want to point out is that these comments have to be taken with a pinch of salt. They could have been a knee-jerk reaction to him getting found out, and the fact he was stupid enough to allow other players to use his accounts says it all.

But there is likely to be at least some truth in the claims, and they show that betting is still a problem in football. How much of a problem remains to be seen, but the FA’s crackdown on betting within the sport is likely to need a shot in the arm to ensure that they eradicate it from the game for good.

What we will say is that they are working very closely with the Gambling Commission to make sure this is stopped. There are complex systems put in place that spot abnormalities in betting, which include weighted bets for certain markets from certain accounts.