What are the Best Racecourses in the UK? 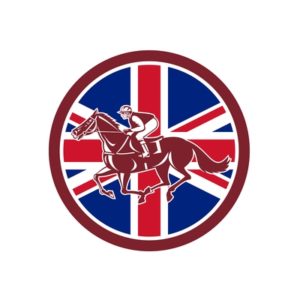 The British racing scene is blessed with a huge range of awesome racecourses. Many of the best courses are spread out all over the country too, so they are accessible to people the length and breadth of the country.

There has also been notable recent investment into a lot of the tracks and courses that we cover in this article, so whilst this is far from a definitive list, these are nevertheless some of the best horse racing tracks in the UK right now.

It’s also worth noting that the list is in no particular order, and is not solely based on the type or calibre of racing that takes place at each venue. We’ve tried to also take into account the facilities on offer, ease of access, amenities outside of the racing, and several other factors.

So without further ado, here they are, the greatest courses the UK has to offer.

Set in the heart of the breath-taking Cotswold countryside, Cheltenham is not just one of the most iconic racetracks in the UK, but also in the world. This is officially An Area of Outstanding Natural Beauty (AONB), which creates an amazing backdrop for the races that take place.

Whilst the location is stunning, the course is not merely a benefactor of its surroundings. It’s so good that it could be located in the middle of a rubbish tip and it would still be a must-visit racecourse.

One of the latest attractions is that of their new complex, The Centaur. This £45million development is now home to restaurants, bars, and other entertainment facilities which offer a great atmosphere whilst the racing is taking place, and the perfect place to relax after a day’s racing has ended.

Along with the development came a revamp of their main grandstand and with it the Princess Royal Stand that opened in 2015. This holds 6,500 spectators, and when full it is one of biggest spectacles in racing.

As far as racing goes, the Cheltenham Festival is the main attraction for the year. The meeting takes place over 4 days and contains several Group 1 races, including the Champion Hurdle, Queen Mother Champion Chase, and of course, the main event for the meeting, the Gold Cup. It’s said that at the meeting each year over £1million is wagered on track for each race, which makes it one of the richest race meetings in the world, let alone the UK.

Finally, Cheltenham is famed for having two courses, known as the New Course and the Old Course. This brings a huge variety of racing, so although they are probably best known for their work with Group 1 races, they have plenty of more family-friendly days that take place throughout the year.

In terms of an evergreen and welcoming racetrack, there are few better than Cheltenham.

There are few more iconic horse racing tracks in the UK than Aintree. Situated not far from Liverpool, Aintree has the perfect mix of both racing pedigree and entertainment. The fact that the course also hosts one of the biggest races in the world in the Grand National is another reason Aintree has to be on the list.

The Grand National pulls in hundreds of thousands of people over the course of the race series, and plays a huge part in not only the economy for the track, but also the city as well. The course is just a short taxi ride from the city centre, so race goers often take advantage of a day at the races and then a night out in one of the best party-cities in the UK. Given that over £250million is wagered on the Grand National alone, it’s a given that the Saturday’s meeting is very popular and a great spectacle.

The course has more to offer than just the Grand National though, and throughout the year they host several Group 1 races. Given the links to the city and the popularity of Aintree as a venue, it’s well worth a visit in its own right; although if you are looking to get involved with the Grand National meeting it’s advisable to book you tickets, accommodation, and travel nice and early, as prices can soar nearer the time.

If you are looking for glitz and glamour, then Ascot is going to be your course of choice. It’s quintessentially British in just about everything it does and has a real sense of style and class about it.

One of the biggest appeals of Ascot its ties with the Royal Family. Royal Ascot is the highlight of the racecourse’s calendar, and one of those bucket list events that fans of any sport, not just horse racing, should experience at least once.

The meeting dates back to the 18th Century and was first founded by Queen Anne. Since then it’s been frequented by pretty much every member of the Royal Family at some point, including Queen Elizabeth II, Prince Charles, Prince William, and Prince Harry to name but a few. As tradition stands, at least one member of the Royal Family is present on each of the 5 days of Royal Ascot.

Given that the racecourse is within an hour’s train ride from London, it makes for a great getaway event. Most people stay in the capital and travel out to the course to soak up a day’s racing, then head back into London and enjoy the nightlife of one of the greatest cities in the world.

In terms of facilities, there are few that get anywhere close to Ascot. Everything is state of the art thanks to a recent renovation – from the stalls to the main grandstand to the Royal Boxes. It’s unlike any racecourse in the world and the glamour and prestige feels like an event in itself every time you enter the course.

Goodwood is located on the South coast, and it’s usually able to boast the best weather of pretty much any of the racecourses in our list. Its proximity to the likes of Brighton and Portsmouth mean that it’s a hugely popular racing destination and hordes of people descend on the track each year.

In terms of natural beauty and pristine views, there are few racecourses that can match Goodwood. The famous three-peaked grandstand and the rolling hills in the background make for a spectacular location. The track is also one of the most spectator friendly as you can situate yourself high on the hills to get a full panoramic view of the racing. This is ideal for people with young families wanting to escape the large crowds that form around the main stands.

The highlight of the year comes in the form of Glorious Goodwood. The name is derived from the fact that it takes place in the height of summer (August) and therefore everything is in full bloom and is pruned and manicured to look its very bets. The course looks so attractive that a huge number of people who attend aren’t there for the horse racing at all.

The racing action doesn’t suffer as a result though, and other top meetings include the likes of the Sussex Stakes, which is a £1million prize pool and one of the biggest flat races in the UK. Couple this with the August sunshine of the South Coast and you have got a strong contender for the best racecourse in the UK.

The town of Windsor is synonymous with the Royal Family due to the castle there being an official Royal residence – although the racecourse doesn’t share the same ties, with Ascot only a 15 minute drive up the road – but it’s easily one of the most stunning towns in the UK. With that though, comes a hefty price tag if you want to live there, so the racecourse is considered to be more on the exclusive side of things.

That being said, there are few tracks that are more attractive. It’s actually one of just a handful of racetracks designed as a figure of 8, which is needed given that it’s based on an Island surrounded by the River Thames. The shape of the racecourse means that they can utilise the space to create a bigger track using the same land area.

This course is definitely one that’s used more for special occasions as formal dress codes are withheld throughout the year in certain parts of the track. If you are looking for somewhere that has a special feel to it and is a bit different in terms of its idiosyncrasies and traditions, then Windsor is definitely one that you need to check out.

Notable races include the Royal Windsor Stakes and the Leisure Stakes.

York is probably the best racecourse north of Liverpool and is one of few based in the ‘true’ north of England that make our elite list. The racecourse has been awarded ‘Best Racecourses In Britain’ 4 times, so we couldn’t really leave it out.

The awards have been won not because York is the prettiest course or holds the most prestigious meetings, but because they do the whole racing package better than anyone else. By this we don’t just mean the calibre of racing, which is often of the highest class, but entertainment, facilities and accessibility as well.

The highlight of the racing calendar for York is the Ebor Festival, which is not just their flagship, but also the richest flat race meeting in the UK. It takes place each August drawing huge crowds year on year and is seen as one of the flat racing seasons flagship events.

What’s great about York is that they are all about having fun. They often hire bands and singers to perform after the meeting, with the likes of the Kaiser Chiefs, Tom Jones, and The Futureheads all performing there at one time or another.

With the course being located right in the heart of the city, it means that it’s just a short walk from the main train station and also a short walk back into the city to enjoy some great nightlife behind the historic city walls.